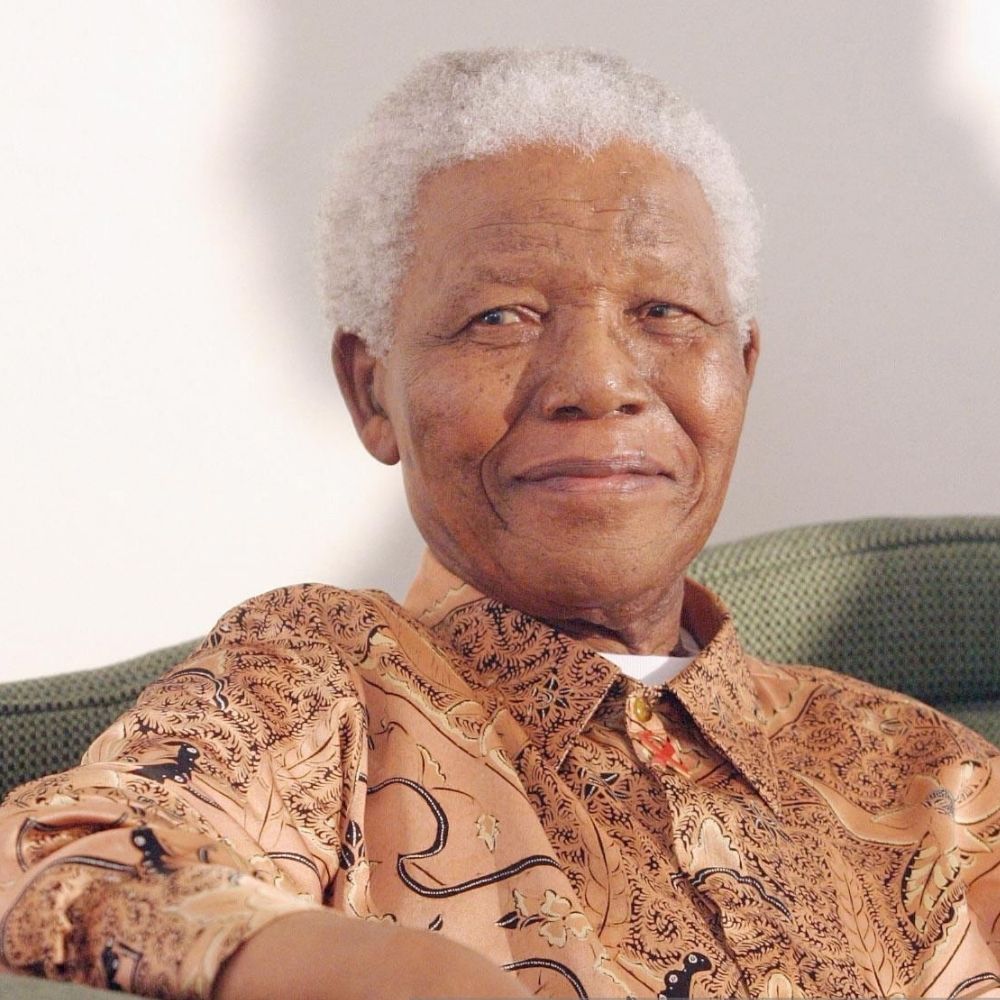 On this day, 102 years ago, Nelson Rolihlahla Mandela, the first black president of South Africa was born. But before he became president, he was an iconic human rights advocate and leader who fought vehemently against apartheid and the clenches of racism and xenophobia in South Africa.

His fight resulted in him being locked up in prison for 27 years and his wife, Winnie Mandela, being exiled for years on end. His family was split apart but his resistance grew even stronger, inspiring millions of people and a generation passionate about freedom and meaningful change. Nelson Mandela Quotes. Mandela Day.

The campaign message for this day is: “Nelson Mandela has fought for social justice for 67 years. We’re asking you to start with 67 minutes. We would be honored if such a day can serve to bring together people around the world to fight poverty and promote peace, reconciliation, and cultural diversity.”

As we fight for social justice in our own ways, here are some of Madiba’s––as he was fondly called––quotes to keep you inspired.

Here are 22 top quotes from Mandela during his lifetime…

1. “Millions of people in the world’s poorest countries remain imprisoned, enslaved, and in chains. They are trapped in the prison of poverty. It is time to set them free.”
— London’s Trafalgar Square in 2005.

2. “Remember that hope is a powerful weapon even when all else is lost.”
— A letter sent to his wife, Winnie, while he was incarcerated in 1969.

3. “It’s a good thing to help a friend whenever you can, but individual acts of hospitality are not the answer. Those who want to wipe out poverty from the face of the earth must use other weapons, weapons other than kindness.”
— A letter sent to his son Makgatho while incarcerated in 1970.

4. “A good pen can also remind us of the happiest moments in our lives, bring noble ideas into our dens, our blood & our souls. It can turn tragedy into hope & victory.”
— From a prison letter.

5. “Like slavery and apartheid, poverty is not natural. It is man-made and it can be overcome and eradicated by the actions of human beings.”
— London’s Trafalgar Square in 2005.

6. “Massive poverty and obscene inequality are such terrible scourges of our times — times in which the world boasts breathtaking advances in science, technology, industry, and wealth accumulation — that they have to rank alongside slavery and apartheid as social evils.”
— Speaking to a crowd at London’s Trafalgar Square in 2005 for the “Make Poverty History” campaign. Mandela Day.

7. “As long as poverty, injustice, and gross inequality persist in our world, none of us can truly rest.”
— London’s Trafalgar Square in 2005. Nelson Mandela Quotes

8. “If calamities had the weight of physical objects we should long have been crushed down, or else, we should by now have been hunchbacked, unsteady on our feet, and with faces full of gloom and utter despair. Yet my entire body throbs with life and is full of expectations. Each day brings a fresh stock of experiences and new dreams.”
— A letter sent to his wife, Winnie, while incarcerated in 1970.

9. “I am convinced that floods of personal disaster can never drown a determined revolutionary nor can the cumulus of misery that accompanies tragedy suffocate him.”
— From a prison letter.

10. “Overcoming poverty is not a gesture of charity. It is an act of justice. It is the protection of a fundamental human right, the right to dignity, and a decent life.”
— London’s Trafalgar Square in 2005.

12. “Do not look the other way; do not hesitate. Recognize that the world is hungry for action, not words. Act with courage and vision.”

13. “Sometimes it falls upon a generation to be great. You can be that great generation. Let your greatness blossom.”
— London’s Trafalgar Square in 2005. Nelson Mandela Quotes

14. “I am not less life-loving than you are. But I cannot sell my birthright, nor am I prepared to sell the birthright of the people to be free.”
— February 1985. Remark quoted in “A Part of My Soul Went With Him” by Winnie Mandela

15. “Of course, the task will not be easy. But not to do this would be a crime against humanity, against which I ask all humanity now to rise up.” Mandela Day.

16. “When people are determined they can overcome anything.”
— From a conversation with actor Morgan Freeman in 2006.

18. “Difficulties break some men but make others. No axe is sharp enough to cut the soul of a sinner who keeps on trying, one armed with the hope that he will rise even in the end.”
— Prison letter to Winnie Mandela in 1975.

19. “Since my release, I have become more convinced than ever that the real makers of history are the ordinary men and women of our country; their participation in every decision about the future is the only guarantee of true democracy and freedom.”
— From the documentary, The Struggle is My Life in 1990.

20. “A critical, independent, and investigative press is the lifeblood of any democracy. The press must be free from state interference.” Nelson Mandela Quotes

21. “Man’s goodness is a flame that can be hidden but never extinguished.”
— From his autobiography Long Walk to Freedom in 1995.

22. “Education is the most powerful weapon which you can use to change the world.”
— Address by Mandela at the launch of Mindset Network in July 2003.