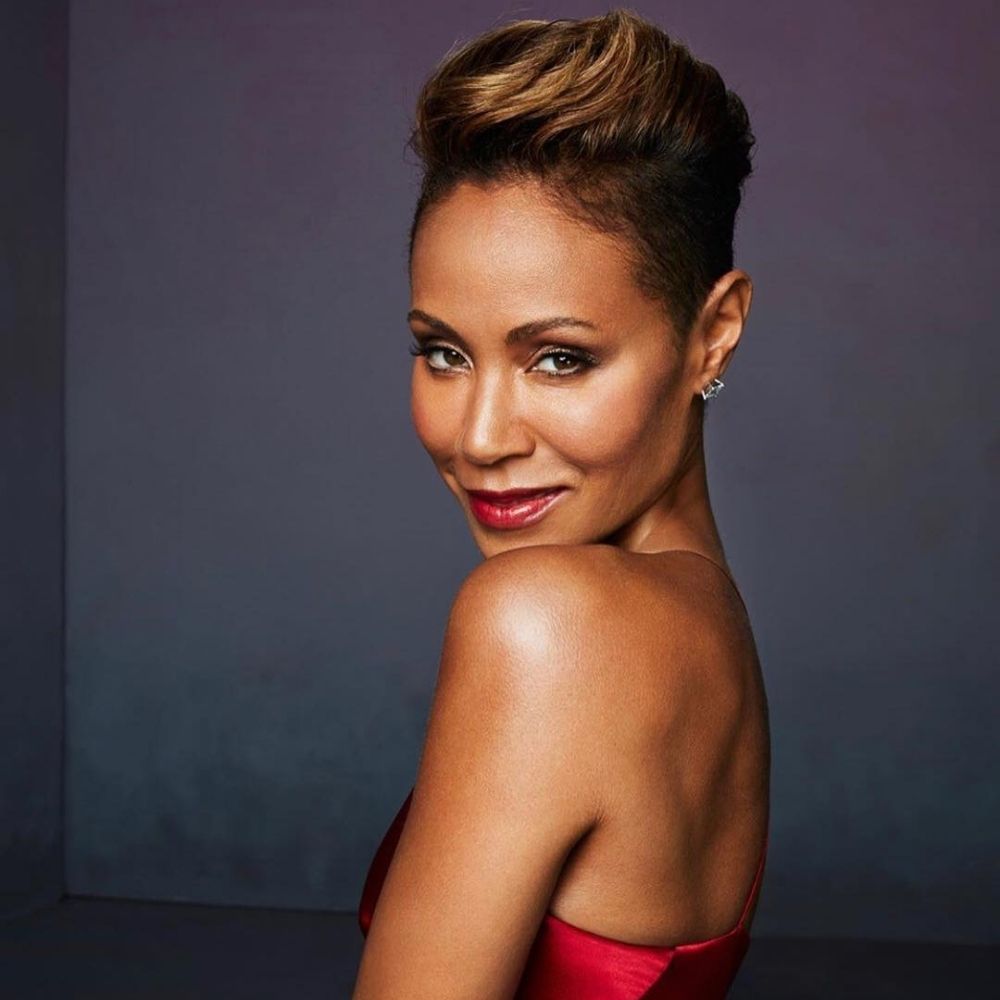 Happy Birthday, Jada Pinkett Smith! Today, September 18, we are celebrating American actress, singer, songwriter, TV Host, and businesswoman, Jada as she marks the age of 49. In doing so, let’s take a look at her epic career, movies, and music.

Jada Pinkett Smith was born in Baltimore in 1971 to an African-American father, Robsol Pinkett Jr., and a Jamaican and Barbadian mother, Adrienne Banfield-Jones. Jada’s parents separated very early on in their marriage and she was raised by her mother, affectionately called Gammy by Willow and Jada.

Her introduction to the performing arts was by her grandmother who noticed her passion for the arts. For her mother, Jada said, “she understood what I wanted and never stood in my way.” Jada attended the Baltimore School for the Arts where she reportedly met and dated famous rapper, Tupac Shakur.

Her time in Hollywood kicked off in 1990 when she starred in an episode of the Television series, True Colors. She went on to play other Television and movie roles before her breakthrough role in the popular 1996 film The Nutty Professor,Jopposite Coming to America star, Eddie Murphy.

Since then, Jada has played a host of prominent movie roles one of the most memorable being Niobe in The Matrix Franchise. In 2002, under the alias, Jada Koren, she started a heavy metal band, Wicked Wisdom, in which she was a singer and songwriter.

Jada and husband, Will Smith met in 1994 on the set of The Fresh Prince of Bel-Air, and in 1997, they were married. Theirs was tagged a Hollywood dream marriage as they’ve managed to remain private and evidently dedicated to one another. But that image was shattered a few months ago when it was revealed that while the couple went through a separation period in their marriage, Jada got entangled with rapper August Alsina.

They have two children together, Jaden (22) and Willow (19) who are also both actors and musicians.h Age

The Smiths own and production company called Overbrook Entertainment where they produce films. Jada also hosts a talk show called The Red Table Talk on Facebook TV alongside her mother and daughter, and occasionally featuring other celebrities and the rest of her family.

In celebration of Jada’s new age, we’re looking back at five of her movies that are we absolutely love.