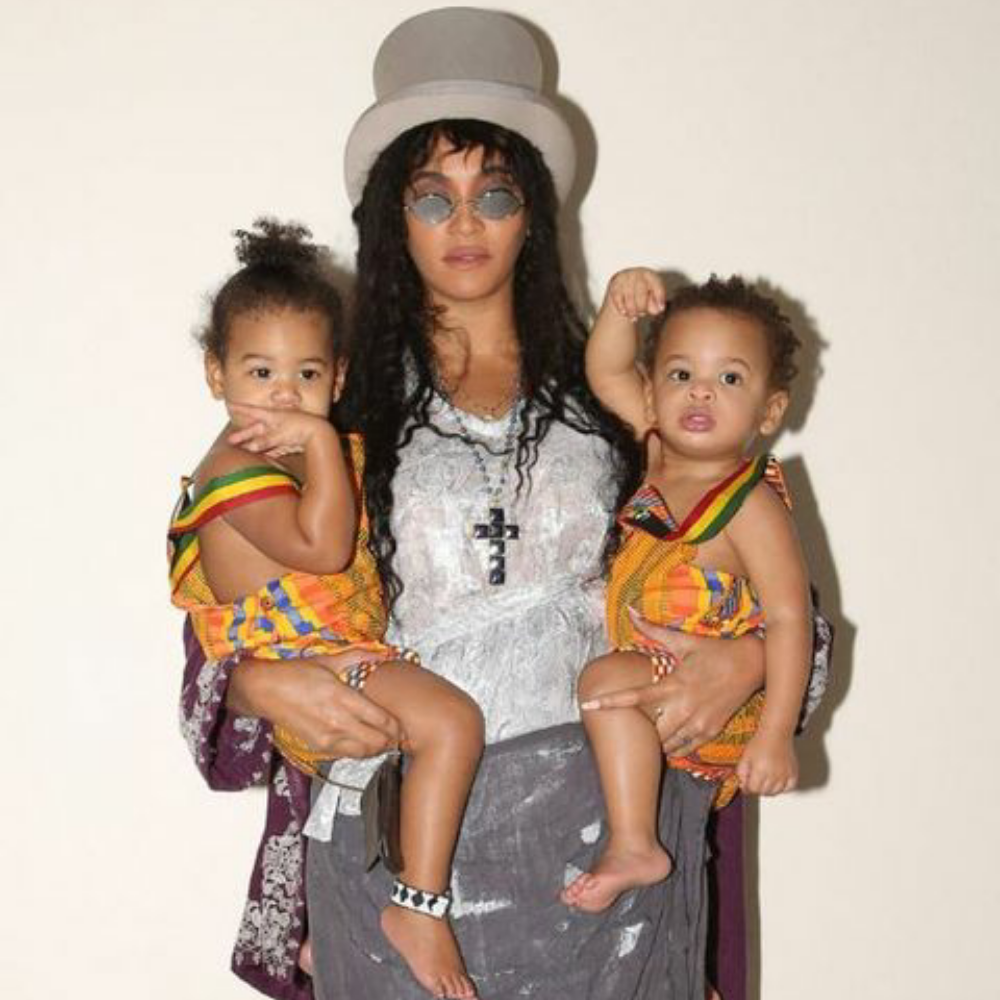 Do you know the most liked picture on Instagram for 10 months in 2017? It was Beyoncé’s twin pregnancy announcement with 11.2 Million likes that broke the internet. This was the first introduction of the twins, Rumi and Sir Carter to the world. On June 13, 2020, the twins turned 3. Beyonce’s Children Kids

This photo, posted on the 1st of February had such a massive cultural impact as we saw multiple fashion and beauty influencers try to recreate the picture. In her caption she shared, “We have been blessed two times over” and we couldn’t agree more!

The Twins are revealed

On the 14th of July, the queen once again posted a picture of her then 1 month old babies. She chose a similar backdrop like that of the pregnancy reveal for this photo, full of flowers and with the pastel colored veil now over her hair. It was simply divine.

This immediately sparked speculation on when her twins were really born. Somehow, People Magazine was able to obtain birth certificates that confirmed they were born on the 13th of June, 2017.  Beyonce’s Children Kids

#1. Their names are Trademarked

Beyoncé’s husband, JAY Z, during an interview for his streaming service revealed how the babies were named. Rumi, the girl, they named after their favorite poet while Sir, “Sir was like, man, come out the gate. He carries himself like that. He just came out, like, Sir”, he said.

According to People Magazine, the names ‘Rumi Carter’ and ‘Sir Carter’ were given a US trademark much like their older sister’s, Blue Ivy Carter. So you see, Rumi and Sir Carter are already ready for business!

#2. They are Fraternal twins

They are not identical and this is first evident from them being a boy and a girl. Bey and Jay are quite the secretive couple so despite paparazzi constantly fishing for pictures of the twins, there were no official and clear pictures of the babies until they were about one year old.

Beyoncé posted this picture––taken during she and Jay’s vow renewal––on her website, much to the delight of the Beyhive. Here, the difference in their looks is apparent.

Tina Knowles, Beyoncé’s mom, better known by so many around the world as Mama Tina over the years has shared some sweet snippets of Sir and Rumi Carter’s individual personalities to the world.

In an interview with US weekly, talking about her grand children, she said, “the girl is really just going to rule the world, and the boy is kind of laid back and chills like the dad.” And then about Blue, she and her husband mentioned how Blue had become calmer and very accepting with the twins.