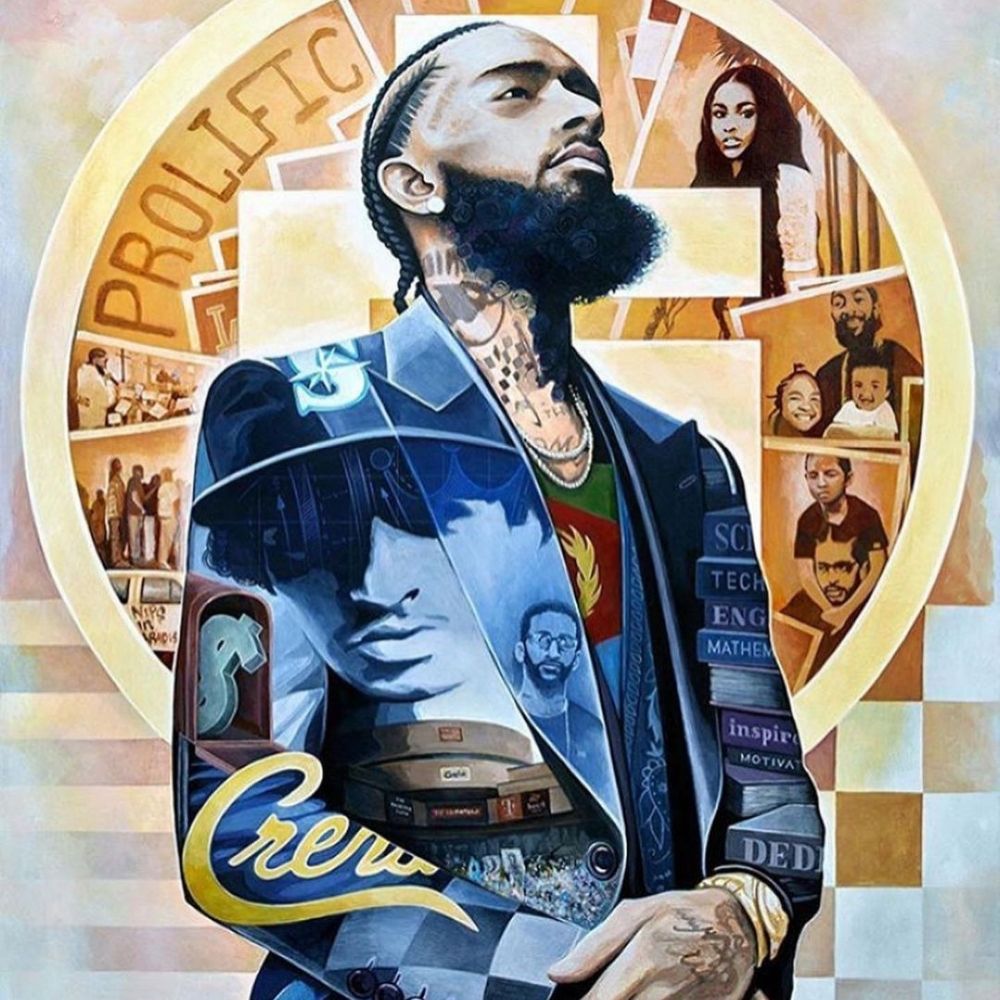 Nipsey Hussle arrived on the Hip-hop scene in the mid-2000s with his independently produced and released mixtape, Slauson Boy Volume 1. He went on to release four other mixtapes and an album, Victory Lap. IN 2020, he won two Grammy awards posthumously for Best Rap Performance and Best Rap/Sung Performance.

As an entrepreneur, Nipsey was just as focused as he was with his music. It was, in fact, a recurring lyrical base for his music. With lyrics like “Passing through stages in life, through the ups and downs | Like it’s all just another test,” it is evident that Nipsey was a full-on hustler. He created a clothing store called Marathon Clothing store in 2017 and started a co-working environment named Vector 90. Nipsey Hussle birthday.

As an activist, Nipsey was hands-on with community transformation. His vision was to give solutions and inspiration to young black men like him. He repeatedly used his art, business, and influence to share his experience with gang culture and speak openly against gun violence.

He also sponsored education for young boys in the community to teach them about the hazards of such a culture. It is quite unfortunate, however, that he was killed by the very culture he fought against. Today, in celebration of Nipsey Hussle’s posthumous birthday, we’re reminiscing on some quotes from the star worthy of emulation.

“Instead of trying to build a brick wall, lay a brick every day. Eventually, you’ll look up and you’ll have a brick wall.”

“It’s possible to monetize your art without compromising the integrity of it for commerce.”

“My thing is that I don’t give no person that much power over my path that I’m walking. Not one person can make or break what I’m doing, except me or God.”

“Luck is just being prepared at all times, so when the door opens you’re ready.”y Hussle quotes

“Most important thing is to get rid of doubt. If you got doubt in what you’re doing it’s not gonna work.”

“We’re not the cause, we’re the effect.”

“If you sharing your success and not your struggle, you’s a fool.” Nip