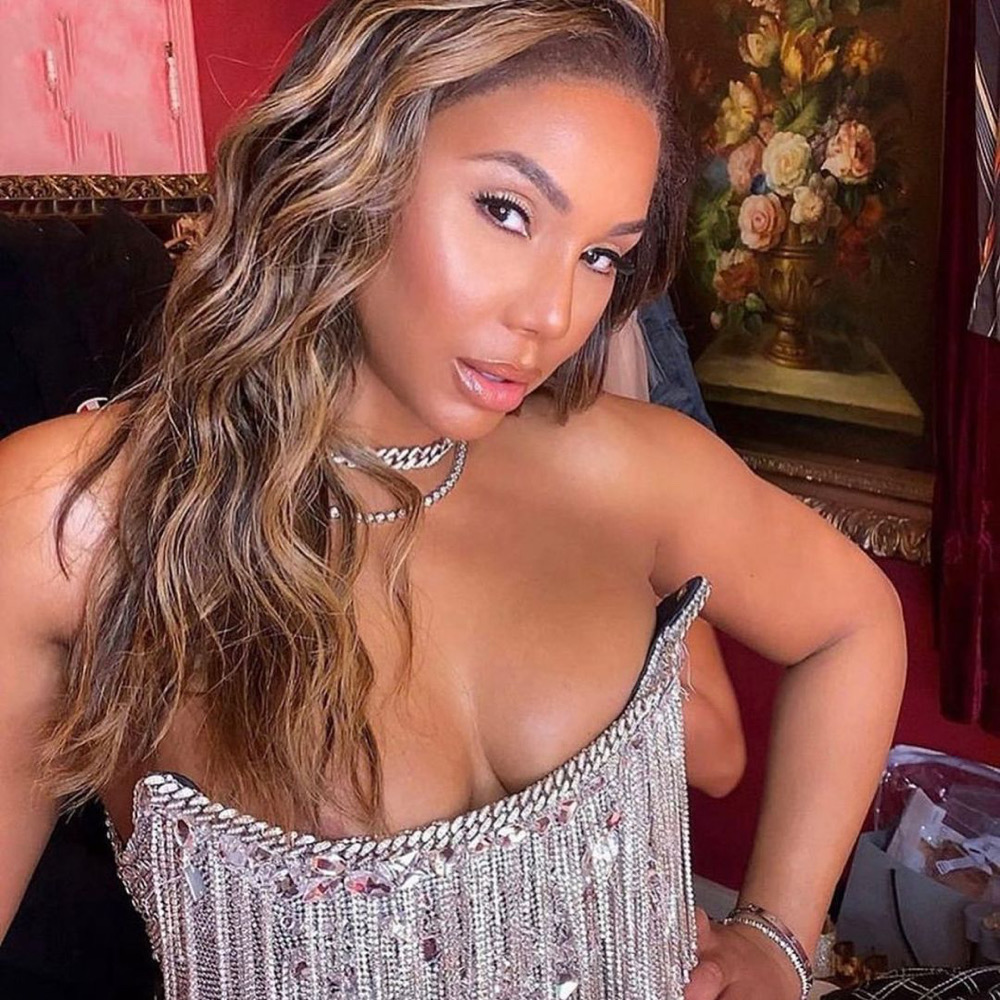 Tamar Braxton and Nigerian boyfriend are at odds, the US to withdraw troops from Iraq at the end of September, Ronaldo reaches another milestone. Stay in the know with our Rave News Digest which summarizes five of the hottest global news you need to catch up on, saving you time and energy. Consider it your daily news fix.

On July 16, Tamar Braxton, 43, was found unresponsive in her room at the Ritz-Carlton hotel in downtown Los Angeles by boyfriend, Adefeso. She broke her silence after the incident on July 30, explaining on Instagram that she attempted suicide after suffering “pain” for the past 11 years while working in the entertainment industry.

Tamar Braxton has rebutted the claims by saying her boyfriend, David Adesfeso, was the aggressor in a recent domestic violence incident where she claims he assaulted her and threatened to kill her in a murder-suicide. According to sources close to Braxton, the ex-couple got into a heated altercation while driving to check the reality star into a mental health facility for treatment.

Bunge Loders Croklaan (BLC), the specialty oils and fats business of Bunge Limited have officially announced the opening of its state-of-the-art shea butter processing facility in Tema, Ghana with the launch of the Where Life Grows campaign that celebrates the company’s efforts to build a resilient and sustainable shea supply chain in Africa.

The cutting edge processing plant marks the company’s latest investment to meet the growing demand for shea globally. The plant forms part of efforts to protect and advance the shea supply chain in West Africa.

According to a book written by Michael Cohen, Trump’s former personal lawyer, Trump said that Mandela, who guided South Africa in its politically fraught transition from a racist apartheid government to a democracy, was a terrible leader. Cohen wrote that after Mandela’s death in 2013, Trump said: “Mandela f—ed the whole country up. Now it’s a shithole. F–k Mandela. He was no leader.”

4. The US to withdraw 2,200 troops from Iraq by the end of September

The US will withdraw more than a third of its troops from Iraq within weeks, its top Middle East commander has said. Gen Kenneth McKenzie told the media the troop presence would be reduced from about 5,200 to 3,000 during September. Those remaining will continue to advise and assist Iraqi security forces in “rooting out the final remnants” of the jihadist group Islamic State (IS).

Last month, US President Donald Trump reaffirmed that he planned to pull all troops out of Iraq as soon as possible. He is expected to hail the reduction of forces as progress towards his 2016 election campaign promise to disentangle the US from “endless wars.”

Portugal star Cristiano Ronaldo has become just the second player to ever reach 100 international goals. Ronaldo reached the milestone just before half-time of Tuesday’s Nations League match against Sweden, slamming home a free-kick from outside the box to score the game’s first goal.

It wouldn’t take long for Ronaldo to reach his 101st goal as the forward netted a fine strike from outside the box in the 72nd minute, giving Portugal all they would need in a 2-0 win. The 35-year-old is only the second men’s player to reach 100 goals for his country after Ali Daei, who scored 109 times for Iran.