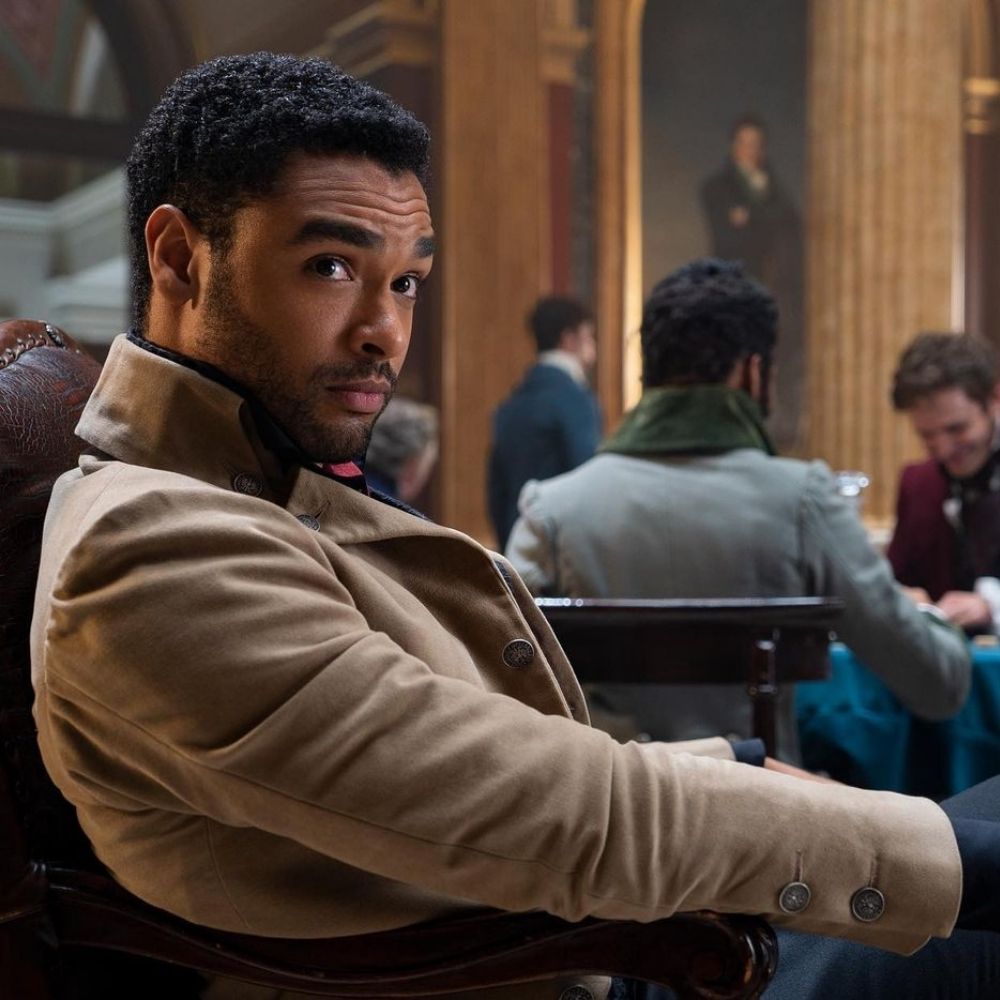 If like us, you’ve become completely obsessed with the Shonda Rhimes produced series “Bridgerton,” there’s no doubt you’ve been frantically researching the cast, especially Regé-Jean Page, with questions about their lives and what they’ve been up to before now. Rege-Jean Page.

In the new series from Netflix, which closed off 2020 with a bang, London is plunged into drama and a little chaos, thanks to anonymous gossip. In the middle of this gossip-led drama—Bridgerton, is the romantic relationship and marriage between Daphne Bridgerton and Simon Bassett, a brooding duke played by Regé-Jean Page who has managed to capture the attention of people —especially the ladies all around the world.

You may find yourself interested in Regé-Jean Page because of Simon’s appeal, but the actor is even more fascinating than his character in Bridgerton.

Here are 10 things you should know about Regé-Jean Page…

#1. He is Zimbabwean and British

Regé-Jean Page was born in London to a Zimbabwean mother and a white Pastor father, but moved to Harare, Zimbabwe as a toddler and returned to London at 14 and then Los Angeles later in 2016. Rege-Jean Page.

#2. You’ve probably seen a younger him in another production

Page appears in a scene at the beginning of “Harry Potter and the Deathly Hallows Part 1” during Bill Weasley and Fleur Delacour’s wedding. The role isn’t credited on IMDB, but he seems to have confirmed that he indeed was an extra in the film.

In London, Page began to get into the art and acting scene. At 14, he joined the National Youth Theatre, auditioned for two years before being accepted into Drama Centre London. He graduated in 2013 with a B.A in Acting. He once talked about how the school helped develop his work ethic.

It keeps getting more interesting as we’ve discovered that he and his brother, Tose, form a musical duo called TUNYA. According to their website, the brothers have “written together and featured in various bands since their teens, [and] now independently produce their own music and collaborations.” Page’s vocal talents are on display in the short film “Don’t Wait” by Lanre Malaolu featured on their website.

#5. He started acting as a kid

Page began acting at a young age, landing his first “role” as the “Little Drummer Boy” in his school’s nativity play. “And oh how I played! Such drums, such playing!” he joked to Netflix’s Q & A. “I clearly had a career in musical theater ahead of me and somewhere took a left turn and started getting all dour and serious and doing emotionally broken dukes.” Rege-Jean Page.

As a teenager, Page played drums in his brother’s punk band, and in an interview, the star revealed he dyed his hair purple, green, and blue at the time. “When I got involved in the punk scene, my notion of what a career was changed,” he said. “I realized that a career in the arts was actually about having the people and community to support you making your art.” Wow, our beguiling superstar was a rockstar—super awesome!

#7. He is determined to showcase Black joy

For Regé-Jean Page who has acted in historical-themed productions like Bridgerton and “Sylvie’s Love,” showcasing Black joy in historical movies is significant to him. He feels Black joy has rarely been shown in historical context on the screen. In an interview, he said: “What happens in culture often is, you go back in time and only white folks are happy. And you know what? We’ve all known how to smile since the beginning of time. We’ve all gotten married since the beginning of time. We’ve all had romance, glamour, and splendor. Representing that is incredibly important because period drama for people who aren’t white shouldn’t mean only spotlighting trauma.”

After graduating from the Drama Center London, he started his artistic career in theater and participated in plays that received good acclaim. He played his first prominent role in the BBC series “Waterloo Road” in 2015. A year later, he made his transition across the pond to the states, appearing in “Roots” and “For the People.”

Just as his choice of recent projects made clear, Page is a helpless romantic. Grab your seats for this one ladies! He confirmed this in a recent interview: “I’m a huge fan of romance as a concept. Romance is a wonderful thing and we need more of it in the world. Most things at their core are love stories anyway, whether they realize it or not.”

Rege-Jean has been tight-lipped about his personal life and has not spoken publicly at all about his current or past relationships. So it’s unclear whether Regé-Jean Page is currently dating anyone, but he definitely does not have a wife — well, except his Bridgerton wife, Daphne. He admitted that he’s softer and more open to romance than his fictional counterpart, Simon. So, ladies, do not tire out. Keep the dream alive.