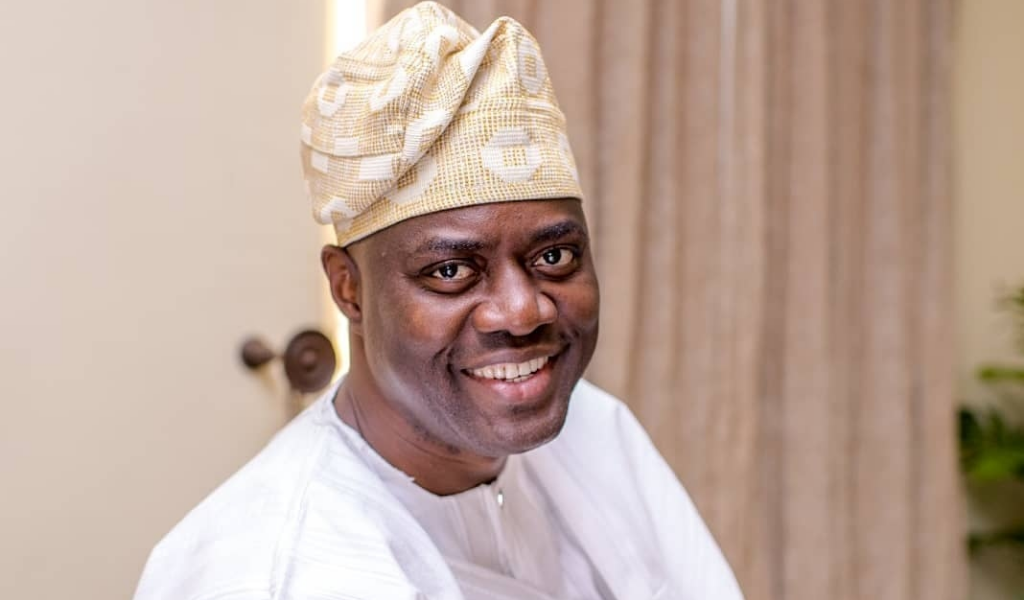 Have you heard about Obasanjo’s latest correspondence to President Buhari? How about Seyi Makinde, the first governor in the present administration to publicly declare his assets? Don’t worry, we’ve got you covered. Be informed with our Rave News Digest which summarizes some of the hottest global news you need to catch up on, saving you time and energy. Consider it your daily news fix.

Former President Olusegun Obasanjo on Monday wrote another open letter to President Muhammadu Buhari. The former head of state, in the letter released by his media aide, Kehinde Akinyemi said he intended to use the open letter to address weighty issues.

In the letter to Buhari, Obasanjo said, “I am constrained to write to you this open letter. I decided to make it an open letter because the issue is very weighty and must be greatly worrisome to all concerned Nigerians and that means all right-thinking Nigerians and those resident in Nigeria.”

The former president revealed that he was worried about the state of insecurity in the country, having fought in the Nigerian civil war and also having a son, who is fighting Boko Haram.

“The issue is hitting at the foundation of our existence as Nigerians and fast eroding the root of our Nigerian community. I am very much worried and afraid that we are on the precipice and dangerously reaching a tipping point where it may no longer be possible to hold danger at bay.”

Obasanjo waved aside the recent explanation of Major Gen Tukur Buratai, who said victory over Boko Haram had not been achieved as a result of lack of commitment and motivation on the part of troops.

He said, “The recent explanation of the Chief of Army Staff for non-victory due to lack of commitment and lack of motivation on the part of troops bordering on sabotage speaks for itself.

“Say what you will, Boko Haram is still a daily issue of insecurity for those who are victimised,  killed, maimed, kidnapped, raped, sold into slavery and forced into marriage and for children forcibly recruited into  carrying bombs on them to detonate among crowds of people to cause maximum destructions and damage.”

Governor Seyi Makinde of Oyo State has published his asset declaration document, which shows he has in excess of N48 billion in both cash and properties. The governor complied with Nigeria’s code of conduct law that mandates senior public office holders to file their asset details while assuming office and occasionally update them. The move has come as a shock to many Nigerians because while the details are to be declared, it is not compulsory to make the details of assets public.

Gov. Makinde went further on Monday to release details of what he filled in his asset form at the Code of Conduct Bureau in Ibadan, the Oyo State capital. He said he would encourage all his potential cabinet appointees to do so when they are nominated.

He became the first high-ranking public official to do so amongst those that emerged in the last general election. According to a statement by Taiwo Adisa, a spokesperson for Gov. Seyi Makinde, the governor’s CCB OYSE/2019/001 form filed on May 28, 2019, showed the governor had N48 billion in combined cash and asset.

The asset was categorised in cash at hand, in the bank, landed properties (developed and undeveloped), household items, share, and bonds owned by the governor, his wife, Omini Makinde, as well as his companies. As of May 28, 2019, Gov. Seyi Makinde’s bank balance stood at ₦234,742,296.01. In dollar terms, he has cash valued at $30,056.99 as of the same date.

The United Nations says the number of people going hungry has increased for the third year running. A report from the UN Food and Agriculture Organization, the International Fund for Agricultural Development, the UN Children’s Fund, the World Food Programme and the World Health Organization, said reaching the target of zero hunger by 2030 is “an immense challenge”.

More than 820 million people worldwide are not getting enough food, with the situation most alarming in Africa, the report says. Africa “has the highest rates of hunger in the world” and the rates are rising in some of the continent’s sub-regions. The report also says that in East Africa more than 3 out of 10 of the population are undernourished.

“Since 2011, almost half the countries where rising hunger occurred due to economic slowdowns or stagnation were in Africa,” it added. Surprisingly though, while hunger remains widespread, obesity continues to rise in all regions. Africa and Asia are home to nearly three-quarters of all overweight children worldwide, according to the report that says it is largely driven by consumption of unhealthy diets.

Pernell “Sweet Pea” Whitaker, considered one of the greatest lightweight boxers of all time, died Sunday after he was hit by a vehicle in Virginia, United States, police said. Police in Virginia Beach said the former fighter was hit by a car Sunday night. The pedestrian, who died at the scene, was later identified as Whitaker. The driver of the car remained on the scene and police said they were investigating the circumstances of the death.

“We lost a legend truly one of boxing’s greatest Pound 4 Pound champions my father Pernell Sweetpea Whitaker,” his son, Domonique Whitaker, wrote in a Facebook post.

Whitaker was a champion in four weight classes, winning his first one with a 1989 decision over Greg Haugen at lightweight, in a professional career that spanned 17 years. He finished with a record of 40-4-1 and was a first-ballot selection into the International Boxing Hall of Fame.

He was recognized by boxing publication Ring Magazine as Fighter of the Year in 1989. In 2002, the magazine ranked him the 10th greatest boxer of the last 80 years.

Madagascar’s national football stars, who enjoyed a fairy-tale run at the Africa Cup of Nations, have arrived home from Egypt to a big official welcome, during which they were given the rank of Knight of the Malagasy National Order. The team was also given a cash award according to online newspaper News Mada.

The players and coaching staff were received by President Andry Rajoelina at the Lavoloha State Palace in the capital, Antananarivo.

Before the official reception, videos showed hundreds of people lining the streets of the city to cheer on the national heroes.

The AFCON debutants became one of the talking points of the competition after beating Nigeria 2-0 and topping their first-round group.

They knocked out the Democratic Republic of DR Congo in the second round but lost to Tunisia in the quarter-finals, falling to a 3-0 thumping.

The president had travelled to Egypt for the team’s second-round tie. He said the team “will come back stronger” after they exited.

Forbes Highest-Paid Celebrities Of 2019: Top 10 And What Made Them Rich