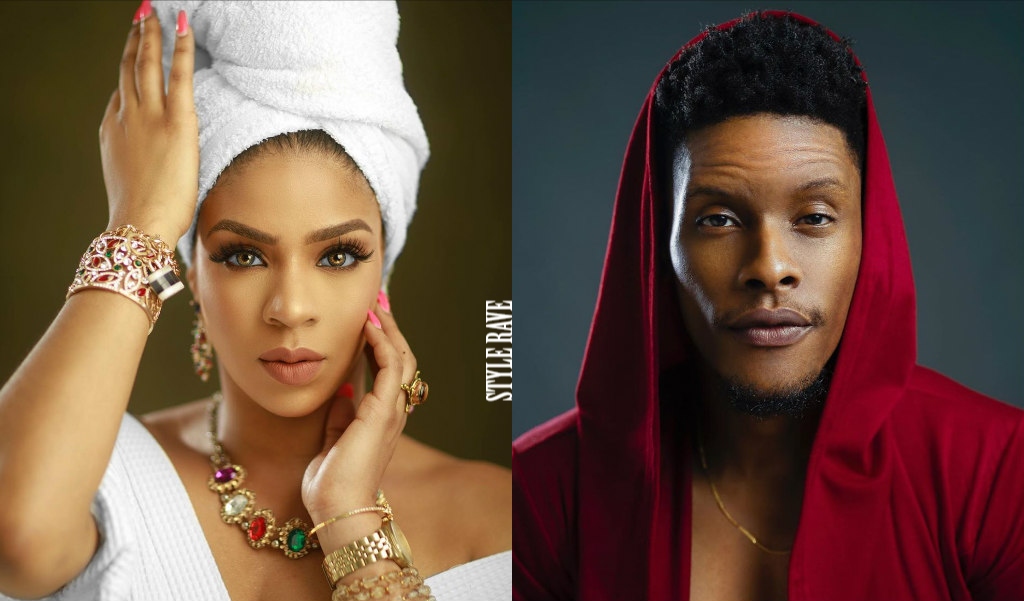 Boris Johnson in North Ireland amidst Brexit, President Buhari says he will not be choosing his successor, Biggie keeps things spicy in the BBNaija Pepper Dem house with the introduction of Venita Akpofure and Elozonam as the latest housemates. Stay in the know with our Rave News Digest which summarizes five of the hottest global news you need to catch up on, saving you time and energy. Consider it your daily news fix.

President Muhammadu Buhari says he really doesn’t care who succeeds him and won’t be handpicking one, as permutations concerning a likely successor for the retired Army General trickles into social media and mainstream chatter every other day.

The Nigerian leader won a second term in office on February 23, 2019, and was sworn-in on May 29, 2019. With his second tenure set to elapse in the spring of 2023, campaign billboards of notable APC chieftains have noticeably sprung up in Lagos, the nation’s commercial capital, even though the signature ink on Buhari’s second term documents is yet to dry.

“Let them try like I did. Succession? To me, this is very funny. If I find anybody, I will create more problems for him or her. Let those who want to be president try as much as I did,” Buhari told a group known as Progressive in Academics (Pro-Acad) at the presidential villa, Abuja on Tuesday, July 30.

The remarks were in response to the group’s demand that Buhari commences the process of grooming a youth who will replace him when his tenure elapses in a few years hence. The 76-year-old says anyone who wants to succeed him should be ready to fight for the job as he did.

“I believe those who are interested need to know that I tried three times and the fourth time, I thank God and technology. Before they announced the result on radio and television, we got the results and those who disagreed were asked to go to court. Most of my supporters are looking for the next day’s meal, they don’t have money to give to lawyers. So I said God dey!

So, the fourth time because of technology they couldn’t rig the elections, so I won. So this time around I tried to work hard. I think you have more to do as intellectuals to make sure you correct Nigeria’s intellectual development, it is very important for the next generation.

A lot of our young people are taking things for granted. Imagine to contest elections three times and ending up in the Supreme Court, it takes a lot of conviction and hard work. But people take things for granted, they say ‘I want to be the president’. As if I just closed my eyes and opened and I got it”, he said.

British Prime Minister Boris Johnson has joined political talks in Northern Ireland promising to do “everything in my power” to help efforts to restore the power-sharing government. This morning, the PM began a series of meetings with the five main Stormont parties.

On Tuesday night, Mr Johnson held a private meeting with DUP leader Arlene Foster. He relies on the party for support in key votes in Parliament. Brexit is certain to be on the agenda for the day’s talks.

Speaking as he arrived at Stormont, Mr Johnson said his prime focus was to do everything he could to help get Stormont “back up and running”. “I will be helping the parties in any way I can to help get that over the line,” he added.

“I expect Brexit may come up but it’s crucial that I attach huge importance to the letter and spirit of the Good Friday Agreement.”

Mary Lou McDonald, who has the first meeting with Mr Johnson at Stormont House this morning, lamented Brexit as an “astonishing political and economic act of self-harm” as she said her aim was to protect the interests of Ireland.

“What I am arguing for very simply, in a spirit of goodwill and decency and progress and doing what is right and sustainable democratically for us in the long term is to ensure the interests of Ireland are protected,” she said.

“I’d prefer that you weren’t Brexiting. I think it is a piece of an astonishing political and economic act of self-harm. But if you are democratically intent on it, who are we to stop you? But you can’t wreck Ireland in the process.”

A federal jury of six people found Katy Perry guilty of copying a Christian rap song to create 2013’s Dark Horse, one of the biggest hits of her career.

The Associated Press reported that Perry, co-writer Sarah Hudson, Capitol Records, and producers Dr Luke, Max Martin and Cirkut have been found liable for copyright infringement due to the single’s similarities to another song — a claim that may stand in court, but falls apart where music theorists are concerned.

The jury found Perry and her collaborators guilty of copying a 2009 Christian rap song called “Joyful Noise” by an artist named Marcus Gray, a.k.a. Flame ft Lecrae. Gray wrote the song with two other writers, Emanuel Lambert and Chike Ojukwu, and they accused Perry of taking their song’s hook.

Gray and his co-writers’ attorneys took Perry and her collaborators to court, filing a lawsuit against the pop star in 2014. The case finally went to trial in Los Angeles last week, and the trial lasted seven days. “It’s rare for a case like Perry’s to go before a jury,” according to the New York Times.

The trial will now move to the penalty phase, in which the jury will determine how much Perry and her collaborators will owe for copying, in the jury’s eyes, “Joyful Noise.”

On Tuesday, July 30, 2019, between 7 and 7:15 PM respectively, there was a plot twist at the BBNaija Pepper Dem house as two new housemates were introduced. The housemates are Venita Akpofure and Elozonam.

First to arrive the house was Venita Akpofure who came into the house to the surprise of the housemates. While the housemates were still basking in the euphoria of the arrival of the gorgeous video vixen and actress, another housemate came knocking and it was the handsome dude, Elozoman.

The housemates were indeed shocked at the arrival of the new housemates as they didn’t see it coming. The addition of Venita and Elozoman to the house means the stakes have been raised and the competition is getting tougher.

Fans have already taken a liking to Venita who described her personality as big and promised to bring a blend of confusion, fun, heat and drama to the Pepper Dem House.

Will the new addition to the house change the dynamics of the game? Only time will tell as this season of BBNaija gets more interesting.

President of the Nigeria Football Federation (NFF) Amaju Pinnick has continued to make a case for Super Eagles boss Gernot Rohr as he further accused local coaches of being envious of the Franco-German.

Rohr has always divided opinions as Super Eagles but his critics found their voice again after Nigeria managed to win the bronze medal at the 2019 Africa Cup of Nations (AFCON) following some less than impressive performances in Egypt.

After the tournament, Pinnick insisted that the Franco-German will remain as the coach and he recently reiterated his decision and further revealed that some Nigerian coaches who are desperate for the Super Eagles job have been leading the call for Rohr’s sack.

“Does it really make sense for the NFF to sack Rohr now?” Pinnick asked while speaking to Guardian Nigeria. “What are his offences? Some Nigerian coaches who are so desperate to take over the Super Eagles are those engineering people to mount pressure on the NFF to sack the coach. But we won’t give them that chance. We know them, and what they are capable of offering the nation as coaches. Nobody can push us around again on issues concerning the appointment of coaches. We gave some of them the chance to prove themselves in the past but failed woefully.”

A Guide On How To Win In Ease This Season With The Pajama Trend: 32 Looks + Styling Tips!