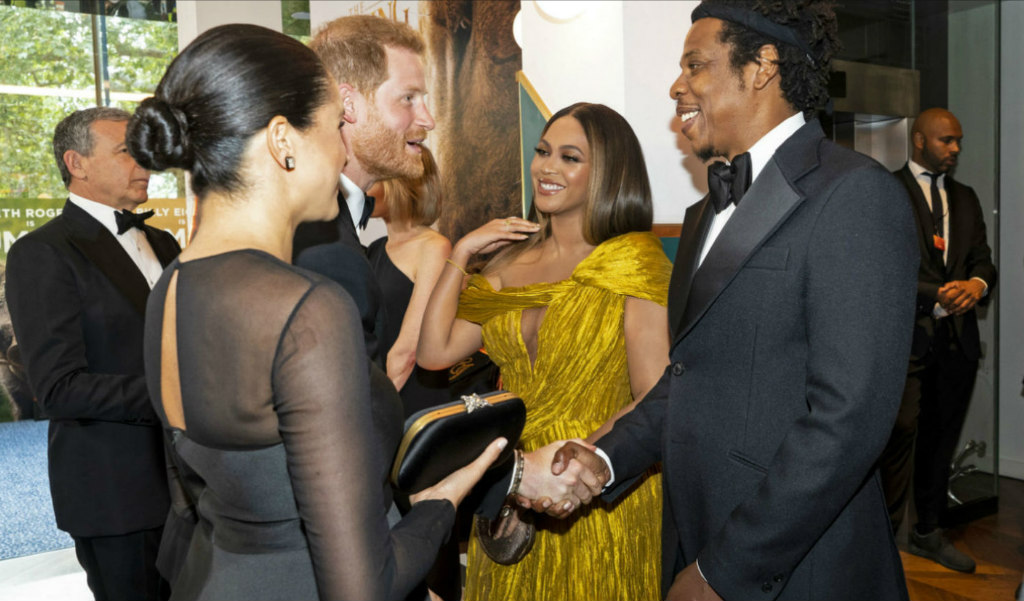 It was a tale of British royalty meets entertainment royalty when The Lion King premiere rolled into London. The event which was held at Leicester Square on Sunday, 14 July, saw a vast array of celebrities including royals, the Duke and Duchess of Sussex, Prince Harry and Meghan Markle.

The London premiere of “The Lion King” was held in support of the conservation work undertaken by Prince Harry and Meghan Markle through their charitable foundation.

The event was the Duchess’ first red carpet appearance since giving birth and she was accompanied by her husband.

Among the many stars in attendance were Beyoncé, who voices Nala in the film, and her husband, Jay Z. Also at the star-studded event were Elton John, Guy Ritchie, Vin Diesel, and Pharrell Williams.

Disney chief Bob Iger, Keegan-Michael Key, Florence Masumba, Seth Rogen, Billy Eichner and Tim Rice were also at the event. Donald Glover (Simba) was not in attendance as he was performing on stage in Perth for the Australian leg of his Childish Gambino tour.

The Carters warmly greeted the British royals, with Beyoncé congratulating the couple on the arrival of their first child, Archie. “We love you guys,” the singer reportedly told the royal couple.

Beyoncé, dressed in a daring CONG TRI yellow evening gown split to the thigh, rubbed Meghan on the back as the pair embraced. They later held hands and chatted for a while.

There appeared to be general excitement among the cast who were attending a royal premiere and they dressed to suit the occasion. But who caught our eye?

Here are some of the best dressed of The Lion King London Premiere:

The Couples At The Lion King London Premiere