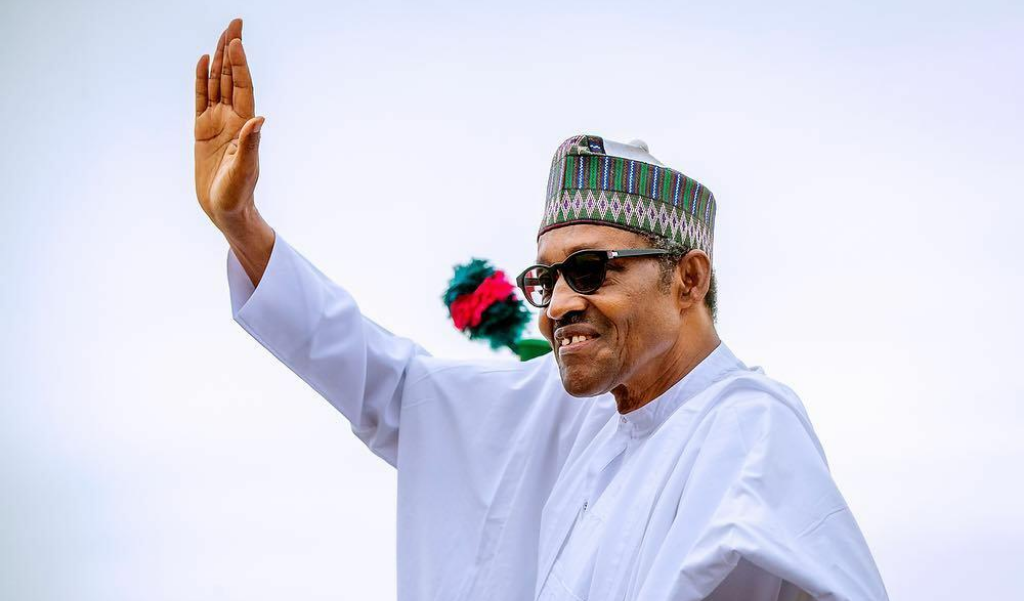 It’s inauguration day and we’re bringing you news of Buhari’s inauguration, Iggy Azalea’s nudes getting leaked, Kit Harington in rehab and lots more. Our Rave News Digest summarizes some of the hottest global news you need to catch up on, saving you time and energy. Consider it your daily news fix.

Having been declared the winner of the February 23 Presidential election, President Muhammadu Buhari was on May 29th inaugurated for a second term as the President of the Federal Republic of Nigeria.

The inauguration took place on Wednesday morning at the Eagle Square in Abuja. The government during the roll-out of the inaugural activities earlier in the month had said the ceremony would be low-key, deciding to reschedule the most part of the event to Democracy day on June 12.

That could perhaps explain why many foreign leaders and past Nigerian presidents were notably absent.

President Muhammadu Buhari was sworn in by the Acting Chief Justice of Nigeria, Justice Mohammad Tanko. After being sworn in, however, the President did not perform the usual ritual of giving an inaugural speech.

It would be the first time since the commencement of civilian rule in 1999, that a President has skipped the inaugural speech.

This would be Buhari’s third stint in the office as he had once ruled as military Head of State between 1983 and 1985. He is the 15th Head of State and President of the Federal Republic of Nigeria.

All of us at Style Rave wish the newly inaugurated President a blissful four years in office.

Australian rapper Iggy Azalea’s nude photos have been bizarrely leaked online. The pictures which were taken during a photoshoot with GQ magazine in 2016, were never intended for publication.

The photos that were leaked were outtakes of the photoshoot and were more explicit than the ones published in the magazine.

The rapper who said she felt “blindsided, embarrassed, violated [and] angry” by the leak, has spoken out saying she “never consented” to the release of the photos. She also added that there was no reason for anyone to have kept the outtakes from the shoot.

The photographer who took the pictures of Iggy Azalea, Nino Munoz, took to Instagram to say that the photos were stolen and published without his permission.

But the rapper has questioned why the photos were kept in the first place. “I am surprised and angry that they were not immediately deleted after the final images were selected,” the rapper said.

Iggy has threatened to “press criminal charges” over the leak and also told fans she would be taking a break from social media.

The 28-year-old attributed her break to the “vicious” and “vile” reactions to the photos which included men sharing their sexual fantasies in regards to her body. She said the negativity was too much to handle and has therefore chosen to deactivate all her social media accounts.

3. Kit Harington in rehab after GOT finale

One of the principal actors of hit TV series Game of Thrones Kit Harington has checked into a wellness retreat following the series finale according to his representative.

The actor who played Jon Snow in the record-breaking HBO series for eight years was rumoured to have checked into rehab for stress and alcohol use, several weeks before the show’s finale.

In an email, the representative has confirmed this, saying “Kit has decided to utilise this break in his schedule as an opportunity to spend some time at a wellness retreat to work on some personal issues.”

It is reported that the exhausted Kit Harington has been undergoing psychological coaching, practising mindful meditation and cognitive behavioural therapy to combat the stress and deal with negative emotions at the rehab.

The British actor in an interview with Variety spoke out about his “darkest period” of the show, which was when his character Jon Snow died and came back to life. He said there was an intense focus on his character and he didn’t like being the cliff-hanger, describing it as “f**king terrifying.”

In a GOT behind-the-scenes documentary titled “The Last Watch” released at the time of the finale, Kit was shown breaking down in tears and holding his hand to his mouth in horror when he first learned his character would kill Daenerys.

He told Jimmy Fallon during a “Late Show with Jimmy Fallon” appearance that it was his most emotional moment and admitted he sought therapy after then.

4. MacKenzie Bezos pledges half her wealth to charity

The ex-wife of the world’s richest man, MacKenzie Bezos, has promised to give at least half of her fortune to charity. The billionaire signed the Giving Pledge, an initiative which encourages the richest people in the world to dedicate a majority of their wealth to philanthropic causes during their lifetimes or in their wills.

MacKenzie announced the decision through a letter published on Tuesday, stating that she has “a disproportionate amount of money to share.”

The pledge was founded by Warren Buffett and Bill and Melinda Gates in 2010 and has so far attracted the support of 204 individuals and families.

Following her divorce from Amazon founder, Jeff Bezos, MacKenzie became one of the world’s richest people with an estimated personal fortune of $36.6 billion.

She ranks 22nd in the Bloomberg Billionaires Index while her husband tops the list with a whopping $114 billion.

Although the Amazon CEO has lauded the move made by his former wife, he has continued to side-step committing to the pledge. Other people who have recently adopted the initiative include Brian Acton, the co-founder of WhatsApp, Paul Sciarra, the co-founder of Pinterest and Brian Armstrong, the CEO of cryptocurrency exchange, Coinbase.

Facebook’s Mark Zuckerberg and Sheryl Sandberg were absent during the hearing they were summoned for by the Canadian Parliament. The social media company instead sent two representatives from its public policy team.

The hearing was tied to a gathering of an international committee examining Silicon Valley’s impact on privacy and democracy.

Both Zuckerberg and Sandberg had received formal requests to attend the hearing from the Canadian parliament earlier this month.

The chairman of the committee, Bob Zimmer, has slammed the executives for not attending the hearing, calling it a “shame.”

Many lawmakers pointed out that Zuckerberg’s failure to show up contradicted what he wrote in an op-ed in March when he wrote that he was “looking forward to discussing them [online issues] with lawmakers around the world.”

It is however still unknown whether the two Facebook top executives will be held in contempt for their actions by the parliament.