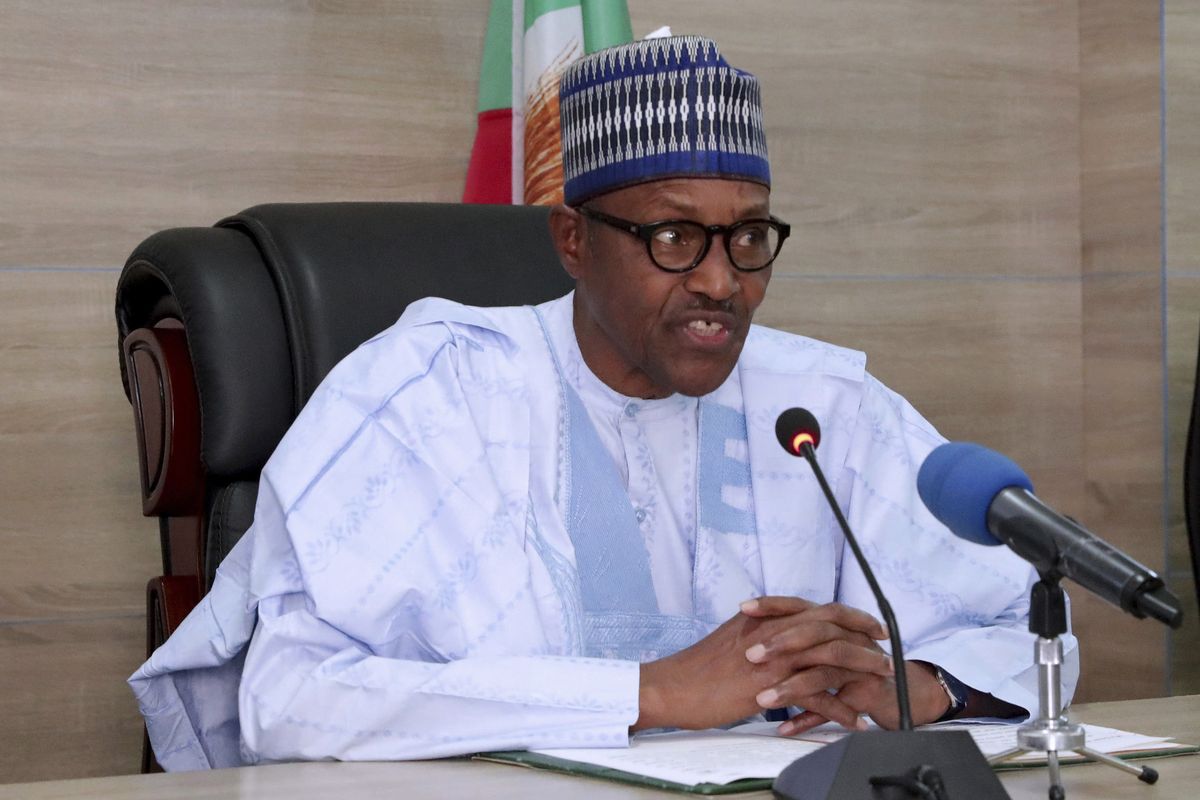 President Muhammadu Buhari on Thursday signed the Minimum Wage Repeal and Re-Enactment Act into law. The news was disclosed to State House correspondents by the Senior Special Assistant to the President on National Assembly Matters, Senator Ita Enang in Abuja.

The aide stated that the President expects more commitment to work from the workers and the Nigeria Labour Congress (NLC). He also stressed on the importance of the Act, saying: “This [the law] makes it compulsory for all employers of labour in Nigeria to pay to their workers the sum of N30,000.

This excludes persons who are employing less than 25 workers, persons who work in a ship which sails out of jurisdiction and other persons who are in other kinds of regulated employment which are accepted by the Act.”

The senator also added that workers now had the legal right to sue employers if they are being paid less than the minimum wage of N30,000.

The President assented to the Act barely three weeks after he received the reportof the Presidential Technical Advisory Committee (PTAC) on the implementation of the National Minimum Wage.

The Code of Conduct Tribunal (CCT) on Thursday convicted the suspended Chief Justice of Nigeria (CJN), Walter Onnoghen, banning him from holding any public office for the next 10 years.

Onnoghen was convicted on six counts of false declaration of assets. In Thursday’s proceedings, the CCT Chairman, Danladi Umar, held that Justice Onnoghen was not being charged as a judicial officer but an ordinary public officer, hence the ruling in Justice Ngajiwa vs the Federal Government does not apply to the Tribunal.

He added that the Tribunal believed the facts that were before it since the defence could not disprove it, saying it was clear that the defendant was in clear breach of the Code of Conduct for Public Officers.

Hence, the Tribunal convicted Justice Onnoghen and removed him from office as the CJN and Chairman of the Code of Conduct Bureau (CCB). It also bans him from holding public office for the next 10 years, ordering him to forfeit all five accounts said not to have been declared by him between 2009 and 2015.

US Attorney General William Barr has released a redacted version of Special Counsel Robert Mueller’s report on Russia’s role in the 2016 US presidential campaign. The long-awaited release of the report was preceded by a fierce defence of the president and his actions by Barr, a move which infuriated Democrats.

The report concludes that Trump had not committed obstruction of justice but it didn’t exonerate him either, stating insufficient evidence to support criminal charges. Democrats were however unconvinced, demanding to see the full report and draw their own conclusions.

Now that the report has been released to the public, here are some noteworthy points of the redacted report:

Democrats are still undecided on their findings with some suggesting there’s enough in the report to warrant the start of impeachment proceedings against the president while others are not so confident.

Social media giant Facebook has admitted that it collected up to 1.5 million users’ email contacts without consent. In the latest privacy issue to hit the firm, the social network said the email contact lists had been “unintentionally” uploaded to Facebook following a design change about two years ago.

Facebook said the issue began when it made changes to the step-by-step verification process users go through when signing up for an account on the platform. Prior to the changes, users were given the choice to upload their email contact lists in order to help them find friends who are already on Facebook.

But in May of 2016, Facebook removed the option, which means that in some cases, people’s contact lists were uploaded to Facebook without their knowledge or consent.

A spokesperson for the company said they did not realise it was happening until April of this year. Facebook also claims that the uploaded contact lists had not been shared with anyone outside of Facebook.

The world’s biggest social network has been rocked with several privacy issues in recent years with founder Mark Zuckerberg promising to introduce more privacy-focused measures on the platform.

The Europa League resumed on Thursday night with Chelsea, Arsenal, Valencia and Benfica hoping to complete the job they started in the first leg. Well, things do not always go so straightforward in football. Here are the tastiest bits of the night:

Chelsea got off to a fine start scoring four goals in the opening 27 minutes with Giroud and Pedro on target. Slavia, however, pulled one back but it felt like a herculean task to get anything from the game. In the second half, however, Chelsea was stunned with two quick goals from Slavia to blow the tie wide open once again. But Chelsea managed to see the game through, winning 5-3 on aggregate. Chelsea’s semi-final qualification is a career first for manager Mauricio Sarri.

Over at Naples where Napoli hosted Arsenal, it was a straightforward affair as an early Lacazette stroke all but put the tie beyond reach. Arsenal advanced to the semi-final with a 3-0 aggregate.

Meanwhile, Frankfurt pulled off an astonishing comeback against Benfica, winning 2-0 on the night to advance 4-4 on away goals rule.

In the all-Spanish match-up, Valencia picked up where they left off, winning 2-0 on the night (against Villarreal) and advancing 5-1 on aggregate.