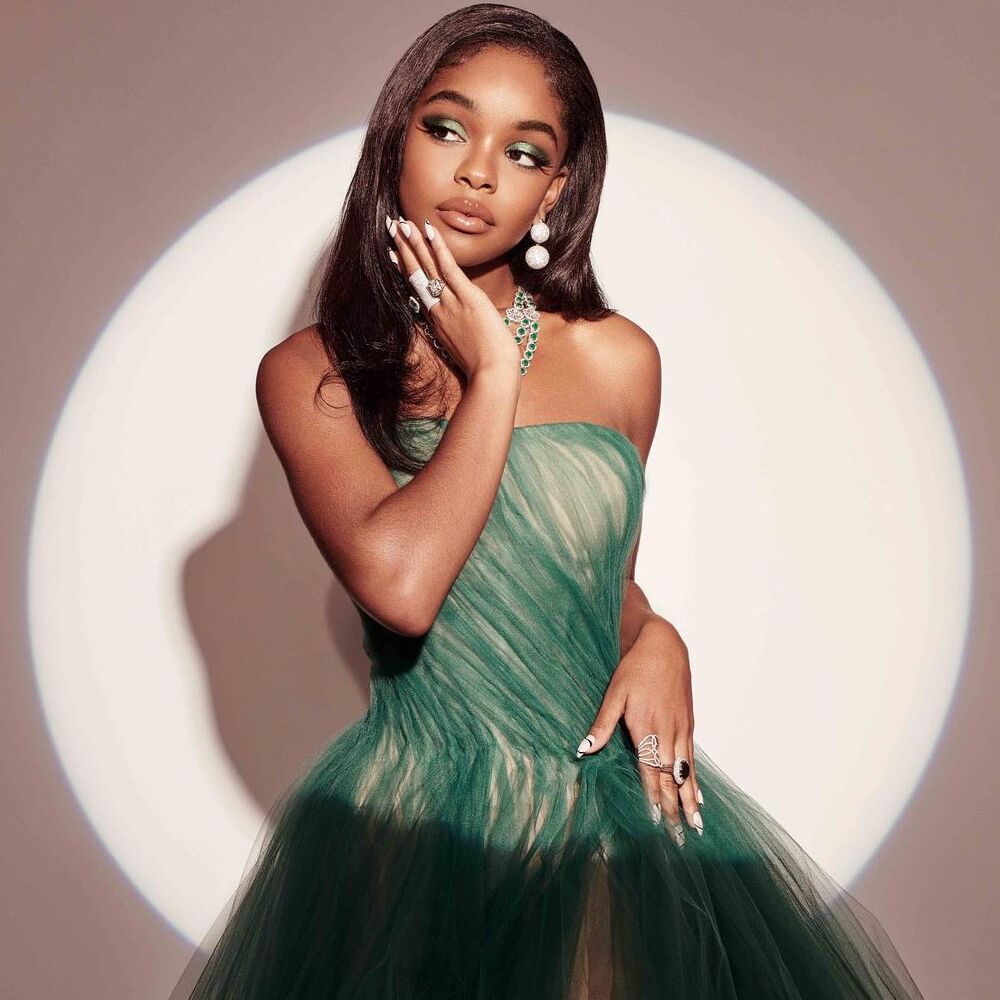 Marsai Martin launches nail brand, Wizkid teases two new songs, Aubameyang exits Arsenal. Stay in the know with our Rave News Digest which summarizes five of the hottest global news you need to catch up on, saving you time and energy. Consider it your daily news fix.

Marsai Martin is turning her love for nails into a budding beauty empire! On Wednesday, February 2, the 17-year-old excitedly announced via Instagram the launch of her new luxury nail brand, MARI by Marsai. The actor, producer, and director turned beauty CEO seemed quite excited about her new endeavor, even modeling the luxury press-on nails from her collection. “MARI is my luxurious, high quality, cruelty-free press on nails & nail care line,” Martin proudly announced before celebrating her fellow teen entrepreneurs.

She further explained, “Y’all know I’m an artist at heart and expressing myself through nails has always been a huge source of creativity for me.” The debut collection introduces the world to a selection of six unique press-on nails styles with prices ranging from $20-$22 USD.

Grammy-winning Nigerian superstar, Wizkid, has taken to Instagram to announce a song off his forthcoming “More Love, Less Ego” album titled, “Madam.” This song features UMG Nigeria artist Alpha P, and is produced by the hit maker, Killertunes. Wizkid also gave a shoutout to DJ Tunez who seemed to have orchestrated the link up.

Podcast and Chill host MacGyver “MacG” Mukwevho has finally apologized to American R&B singer Ari Lennox for his controversial question during their recent interview. This comes after the singer expressed her distaste about their conversation in a series of now deleted tweets. “I wrote every lyric on my Shea Butter album, you worthless germ! I was completely shocked and have never in my life been asked such a distasteful and predatory question. Regardless of what the hell I wrote does not give you losers the right to justify the disrespect,” she said.

Speaking to US podcasters Van Lathan and Rachel Lindsay in a recent episode of Higher Learning, MacG addressed Ari’s claims that his network did not comply with her demand to delete certain parts of their discussion before airing it online. MacG said he was filled with remorse seeing how the aftermath of the interview sent social media into a frenzy, and has repented.

A key meeting of West African leaders has begun in the Ghanaian capital, Accra, following several coups in the region as well as worsening instability as a result of jihadist violence. The Economic Community of West African States, or ECOWAS, has just sent two delegations to Burkina Faso after the military seized power there last month. The 15-member bloc has suspended Burkina Faso’s membership. Marsai Martin Nail brand

Over the last year, ECOWAS has imposed sanctions on Mali and Guinea following coups there and a reluctance by the military leaders to restore civilian rule. Adding to the region’s turmoil was a gun attack on Tuesday on the president of Guinea-Bissau, Umaro Sissoco Embaló. Officials described that as an attempt to seize power.

The Gabon international striker is preparing for a new chapter in his career at Camp Nou after being frozen out at Emirates Stadium. Pierre-Emerick Aubameyang has pointed the blame for his “complicated” departure from Arsenal at Mikel Arteta, as the Gabon international was unveiled by Barcelona. Having been frozen out at Emirates Stadium since early December, the striker finally got the move he craved when the Liga giants signed him on January transfer deadline day. A breach of club discipline had been responsible for his absence in north London, but Aubameyang claims Gunners boss Arteta was the only one that had a problem with him and ultimately left him with no choice but to leave.

At his official unveiling, Aubameyang said: “They were complicated months but I think that’s how football is sometimes. For my part I have never wanted to do something wrong and now I think that this is the past and I want to think about the present and right now that is my answer. I think the problem was only with Arteta and he made the decision. I can’t say much, I wasn’t happy and that’s it. It happened like that. I wasn’t very happy, I stayed very calm and that’s it.”