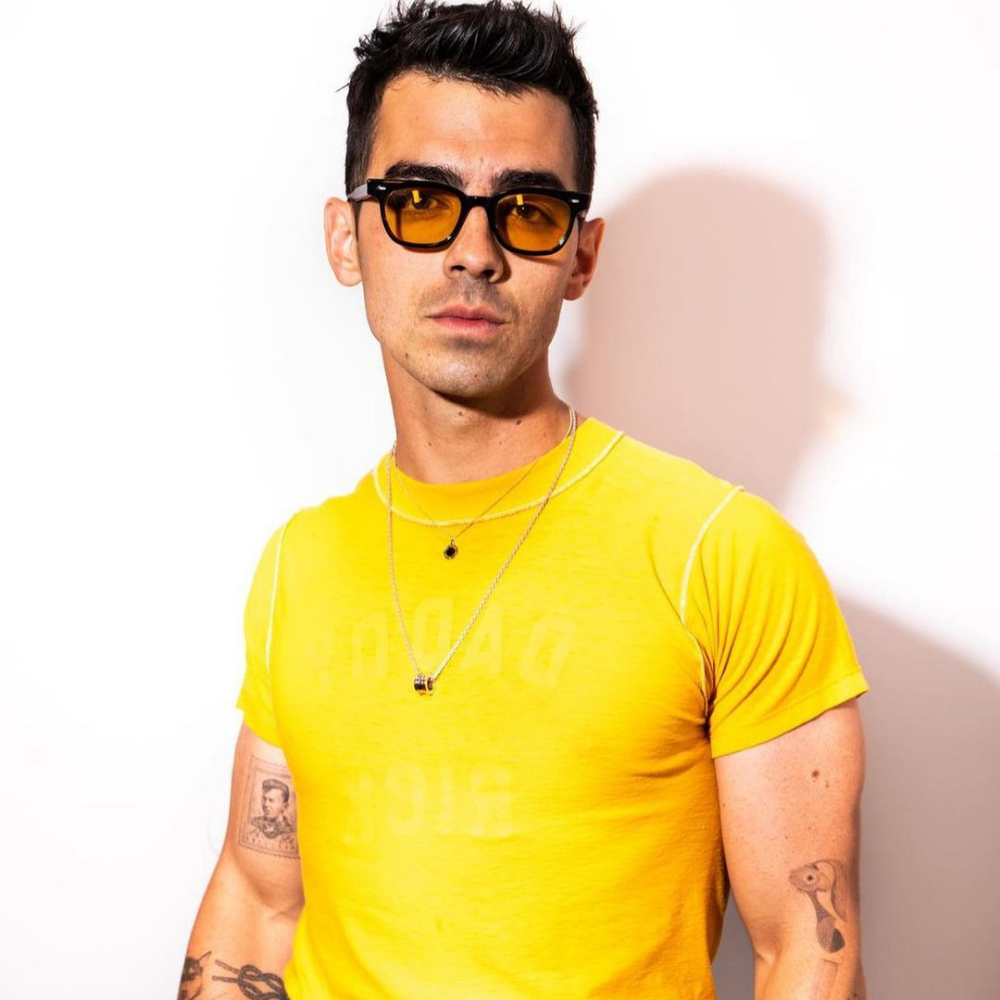 Though Joe Jonas doesn’t have a strict wake-up time, preferring to rise about an hour before he has anything to do, his mornings are still regimented. He starts by meditating for at least three to five minutes, usually on the Headspace app, then works on his Italian with the Duolingo app. “I’m learning Italian very slowly,” says the singer-songwriter, 31. “I want to be able to get lost in the countryside; that’s my goal.” Next up is writing out his gratitude list, which he says can be as simple as, “I’m grateful for the cup of coffee I’m making.” (Jonas characterizes himself as a coffee snob.) Then he listens to NPR’s daily news podcast Up First and takes a scroll through social media. After that, it’s time for his intensive exercise routine. Joe Jonas style

Raised in New Jersey, Jonas and two of his brothers, Kevin, 33, and Nick, 28, formed their pop band, the Jonas Brothers, in 2005. They released four albums and received a Grammy nomination for best new artist in 2008 before going on hiatus to pursue solo projects in 2010, reuniting in 2012 and then quickly disbanding again in 2013. A second reunion in 2019 proved to be more fruitful, with their single “Sucker” debuting at No. 1 on the Billboard Hot 100; it was the brothers’ first career No. 1 single. They also released an album, “Happiness Begins.” Now they’re gearing up for their first post-pandemic tour, which starts in August and runs through the fall. Jonas is also busy raising his daughter, Willa, who was born last year to him and his wife, the actress Sophie Turner. Recently, he debuted a purple metallic running shoe he designed with the luxury leather footwear brand Koio, a project he’d been working on for two and a half years.

Here, Jonas speaks to WSJ. about his favorite coffee beans and the interval workout he designed for himself. Joe Jonas style

Here are some things Joe Jonas revealed to WSJ. Magazine…

On his exercise routine:

I have a trainer I like to work with, Matt Blank. I also built a little go-to workout that I try to do now at least once a week. There’s a little boxing app I use; it’s called Boxing Timer. I do two minutes of jump rope on and one minute off. Then I do intervals. That could be weights, it could be push-ups, it could be abs, it could be jump squats. And I do those for three rounds on every break, so I do about 13 rounds, and by then I’m sweating and drenched. And I’ve made a new challenge of trying to hit some goals of distance running. And of course, I’m a Peloton freak. I Peloton pretty much every other day.

On what he eats for breakfast:

I always try to start my day with a green smoothie with tons of healthy veggies and probiotics. And then I try to fill myself up; sometimes it can be overnight oats or even just egg whites—pretty healthy stuff.

On being a coffee snob, and his favorite bean:

I love La Colombe beans. There’s another bean [from coffee company] Devoción that somebody introduced me to that I love, but pretty much whatever has the strongest caffeine content. I’m an oat latte kind of guy. I try to balance [caffeine] throughout the day; I drink a lot of water. I have this jug that reminds me [how much to drink] on the side, You have to have this much by 8 a.m., by 12 p.m. It keeps me drinking water throughout the day to make sure I have a good intake.

On when he is most creative:

I would say usually at night. That’s when I’m performing; that’s when I’m usually in the studio writing, recording. I’ve had a drink or two so I feel a little bit looser. Joe Jonas style

On how many sneakers he has in his closet:

On the best style advice he’s ever received:

Don’t overthink it. I feel like it’s so easy to double-check, triple-check your outfit. Does it match enough, doesn’t match enough? If it feels good on you, you should just wear it. I accidentally wore a shirt inside-out onstage the other day, I didn’t know, and my friend’s like, “I like it; it’s cool. It’s inside-out.” I was like, What? All that said, just go with the flow. Find your own identity and your own personal style and stick to that.

On a funny or weird memory from staying at home during the pandemic:

I got very into Lego building. My wife and I probably built 10 monstrous Legos. It was also quite funny, because I was super focused on helping her but then I was getting easily distracted and playing Fortnite. At first we argued about it and then it was like, she loves her organization and it’s completely different from the way I would build it: “You do you; I’ll be here for support.” So then I became moral support; I’ll make the cocktails for us. We built the Batmobile; we built Harry Potter [Wizarding] World. Joe Jonas style

On what the Jonas Brothers group text is called:

Right now, it’s JB 2.0. It comes from deciding to get the band back together.

On the one piece of advice that’s guided him:

Our dad always tells us, “Live like you’re at the bottom even if you’re at the top.” That helps us stay humble throughout the years.

Priyanka And Nick Jonas Take Their Couple Slay To Cannes