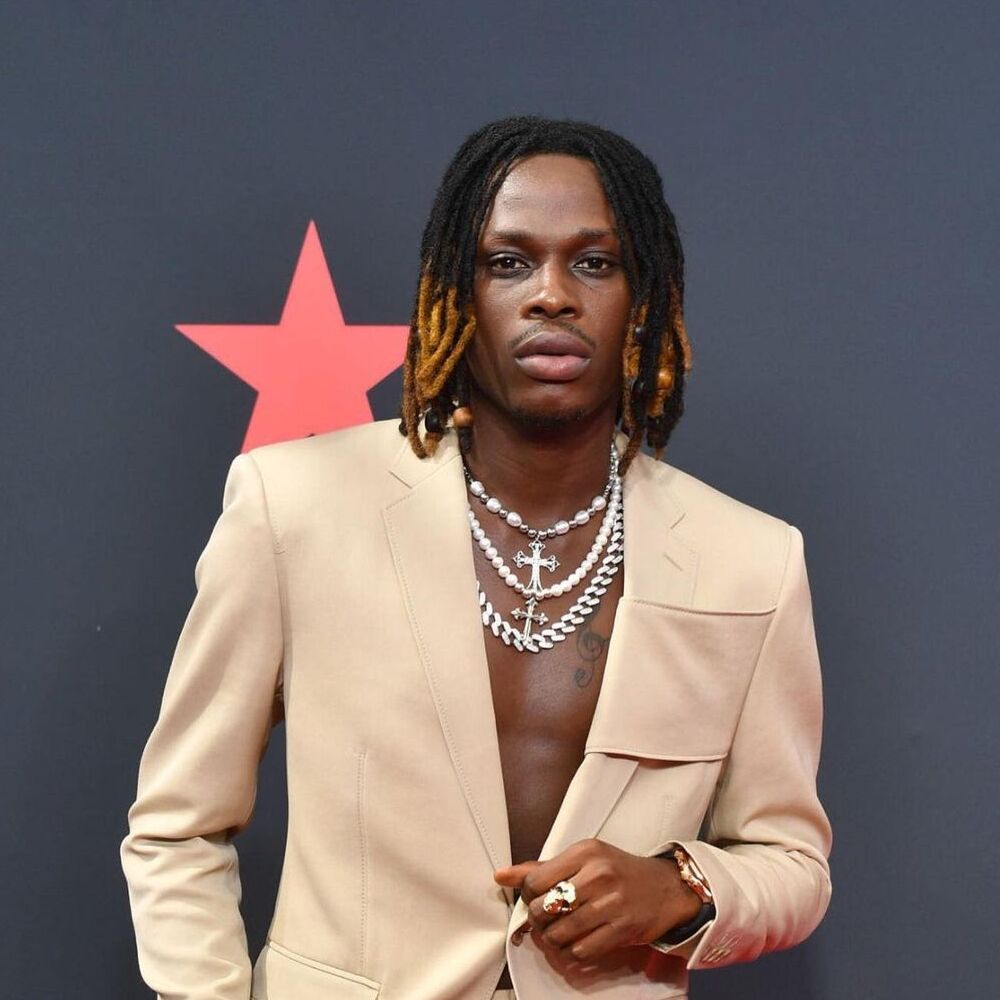 Fireboy DML announces release date for Playboy album, Wizkid records fourth Billboard Hot 100 entry, Sterling transfer update. Stay in the know with our Rave News Digest which summarizes five of the hottest global news you need to catch up on, saving you time and energy. Consider it your daily news fix.

my third studio album, "playboy" – out on the 5th of August. available for pre-save now. https://t.co/wB1akKnJza pic.twitter.com/afmxzWbw6T

Raving Nigerian musician and entertainer, Adedamola Adefolahan, widely known as Fireboy DML has disclosed the release date for his third studio album, Playboy. The YBNL Nation singer made the unofficial announcement after performing his smash hit “Peru Remix” with Ed Sheeran at the 90,000-capacity Wembley Stadium in the early hours of Thursday, June 30. He said the album would be out in August without stating a specific day. Fireboy then took to social media on Wednesday, July 6 to officially announce the Playboy release date — which will be August 5.

The body of work, when released, will be his third album after serving his listeners with “Laughter, Tears & Goosebumps” in 2019 and “Apollo” in 2020 which garnered several positive reviews.

This becomes Wizkid’s fourth entry on America’s official music chart after previously recording entries with Drake’s 2016 hit single “One Dance” which peaked at number one, Beyoncé’s “Brown Skin Girl” which reached Number 76 on the chart, and “Essence” featuring Tems and Justin Bieber which peaked at number 9.

Congratulations to both artists on this milestone.

Sithelo Shozi is breaking her silence.

Sithelo Shozi speaks on the abuse she suffered at the hands of Andile Mpisane and the gifts that followed.

Sithelo details the abuse she suffered at the hands of Andile Mpisane. I suppose good luck to Tamia Mpisane. pic.twitter.com/D6gzzTHf1Y

On Tuesday evening, DJ Sithelo Shozi took to her Instagram stories to interact with her followers in a Q&A catch-up session. This was nothing out of the ordinary for the mother of three as, in the past, she has given a glimpse of her life through the sessions. But Tuesday’s catch-up was a shocker and it saw her trending. When asked by one of her followers what lessons she took away from her relationship with Royal AM chairperson Andile Mpisane, her response left many of them shook. The DJ posted audio of a telephone conversation between her and what is believed to be Mpisane. He can be heard denying her access to their child and also threatening her with violence.

In several now-deleted Instagram stories, Shozi exposed the alleged domestic abuse she suffered during her relationship with the father of her two children, Florence “Flo” and Likuwe “Coco” Mpisane. She even posted images of her swollen face for her followers to see. Shozi, in one of her now-deleted Instagram stories, explained why she went public with the shocking claims. “I’m not one to speak out about ANYTHING concerning my private life, more especially where my kids are involved, but everyone has a breaking point and this narrative has gone too far. I’ve been silent for far too long & hid my truth for the sake of peace but today I will NOT be silenced,” she wrote.

Funke Akindele has been confirmed as one of the nominees for PDP Lagos guber running mate pic.twitter.com/9lzpvtlSbN

Akindele’s nomination is coming barely a week after her colleague, Tonto Dikeh was also nominated as the running mate of the ADC governorship candidate in Rivers State. Akindele is a trained lawyer with an acting career spanning over two decades.

Chelsea and City, set to agree final fee around £45m and then it will be completed. pic.twitter.com/he08wImBKH

Raheem Sterling has moved closer to a permanent switch to Chelsea after agreeing to personal terms with the London club. Reports say that a fee has not yet been agreed but the Manchester City forward wants a switch to Stamford Bridge. The 27-year-old has just one year remaining on his contract and would be Todd Boehly’s first major signing as Chelsea’s owner.

Chelsea is understood to be confident of reaching an agreement for Sterling, who is set to be available for a cut-price fee with 12 months left on his current deal. Reports say that the forward spoke to Chelsea manager Thomas Tuchel and wants to play for the German, who led his side to victory over City in the 2021 Champions League.