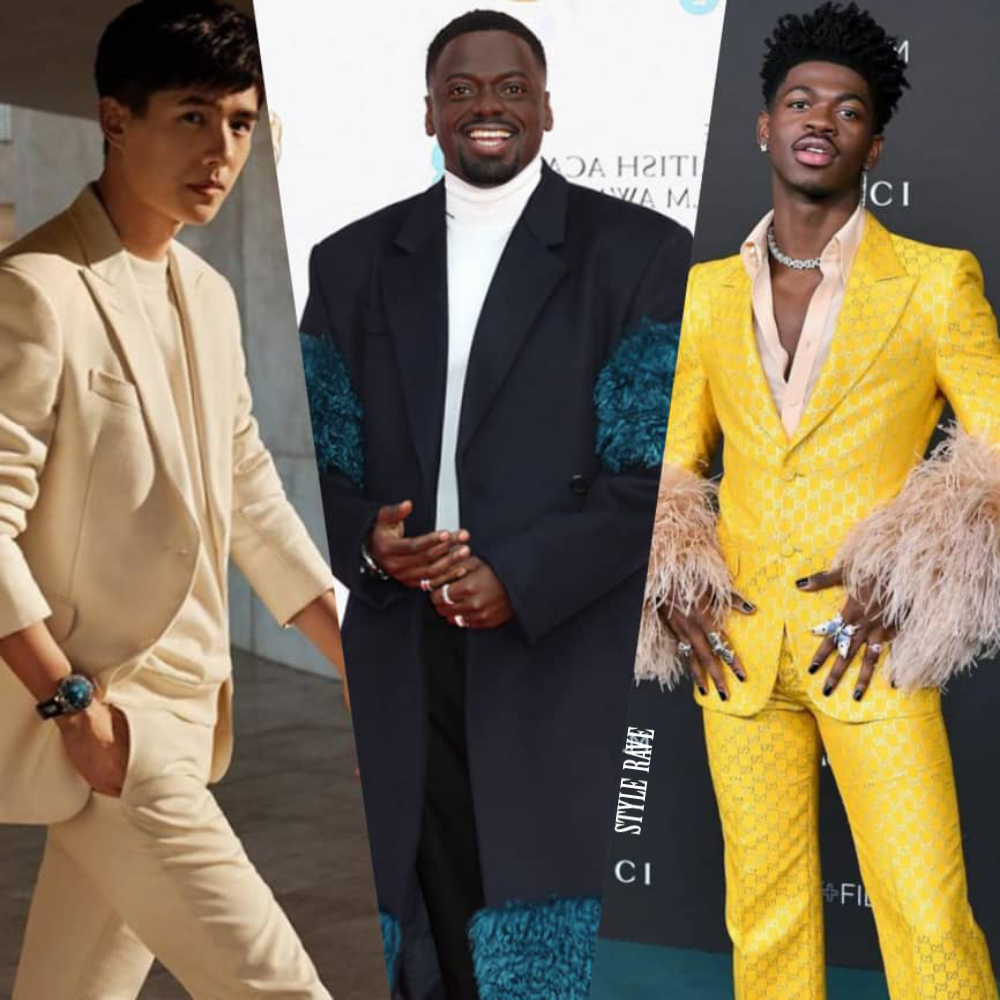 7 Quick And Effective Ways To Get Healthy Toenails

Experts say that the younger generation is more likely to buy a product based on an influencer’s recommendation. This can be anyone from fashion influencers paid to post on their highly followed social media platforms to fashion-forward celebs wearing their favorite brands out in public. It’s called the influencer economy for a reason and fashion brands are more than happy to transact.

From stylish streetwear to suave tailoring, celebrities and their unique style are making waves in the fashion industry, thus, creating new trends. One moment, a piece of clothing is disdained and the next, it is fashion’s IT item. This isn’t just a women’s fashion thing as menswear is equally experiencing the influencer impact. For instance, bright tones such as pinks and neons never used to populate a guy’s closet, but not anymore. Thanks to fashion-forward celebs like Lil Nas X, garish hues are now a mainstay with the gents. Even the menswear runways are bursting with colors and we’re totally here for it.

Love it or hate it, the celebrity/influencer impact is real, and the latest fashion trends are proof of this. As a result, we have curated five of the most influential male celebrities currently making waves in an already-turbulent fashion industry. From the United States to China, these men are schooling fashion and you should definitely take notes.

Rapper and hip-hop star Lil Nas X has a unique sense of style that has influenced many men to be more creative with their looks. He is a big fan of vibrant colors and mixed patterns. One of his most memorable outfits is a yellow print Gucci suit with striking feathered sleeves. True to his fashion-forward nature, in 2021, on The Tonight Show, Lil Nas X wowed the audience when he wore a tartan skirt with a white blazer and silver jewelry.

Best known for his starring role in the James Bond film series, Pierce Brosnan is a highly successful actor that takes his style very seriously. There are many style lessons that can be taken from some of his most iconic looks. One of his most recognizable looks is a smart blazer with an open collar shirt and black trousers. Glasses with color-tinted lenses are also a regular fashion choice for Brosnan.

Son of Will and Jada Pinkett Smith, Jaden is an established actor, rapper, and fashion influencer in his own right. Jaden is not afraid to wear controversial looks and experiment with different styles. In addition, the star has even co-founded a fashion collective named Msftsrep with sister Willow. At the MTV Awards in 2020, Jaden wore a knitted colorful jacket with pink retro sunglasses. While at the 2016 MTV Awards, he wore a blazer layered over a cat print coat with a mesh t-shirt and black jeans.

Another one of Jaden’s iconic looks is seen in an image taken for a 2016 edition of South Korean Vogue. Smith wore a black a-line skirt, blue nail paint, and a red flower tucked behind the ear. Also at the festival Coachella, Jaden once wore a floral t-shirt paired with a dazzling red flower crown. Clearly, he’s one to think outside the box.

Chinese actor Liu Haoran is only 24 years old but is already becoming a global icon in the fashion world. His career began when he starred in the Chinese comedy, Beijing Love Story, and ever since, he has only gone from strength to strength.

Haoran has appeared on the covers of a wide array of fashion and culture magazines, including Marie Claire, GQ, L’Officiel, Cosmopolitan, Vogue Me, Bazaar Men, and Elle Men. He is currently the face of the new Louis Vuitton smartwatch, the Tambour Horizon.

The actor is a fan of oversized fit clothing. For example, at the 24th Shanghai International Film Festival in 2021, he wore a brown unstructured jacket with matching wide-leg trousers.

Lastly, for Black Panther fans, Daniel Kaluuya needs no introduction. He is the seventh-youngest winner of the Academy Award for Best Supporting Actor and is well known for his role in the British TV show Skins, as well as his roles in top films such as Get Out and Black Panther. Daniel is not afraid to wear outfits that will grab attention on the red carpet. At the 2022 Oscars, the actor looked radiant in a bright turquoise jacket with black lapels. He finished the look with smart black trousers and well-polished black shoes.

Shortly before that at the Baftas 2022, he stole the show in a Prada navy overcoat trimmed with turquoise fur. He often pairs his clothing with well-styled jewelry and in this case, Kaluuya finished the outfit off with a number of Bulgari rings.

7 Quick And Effective Ways To Get Healthy Toenails