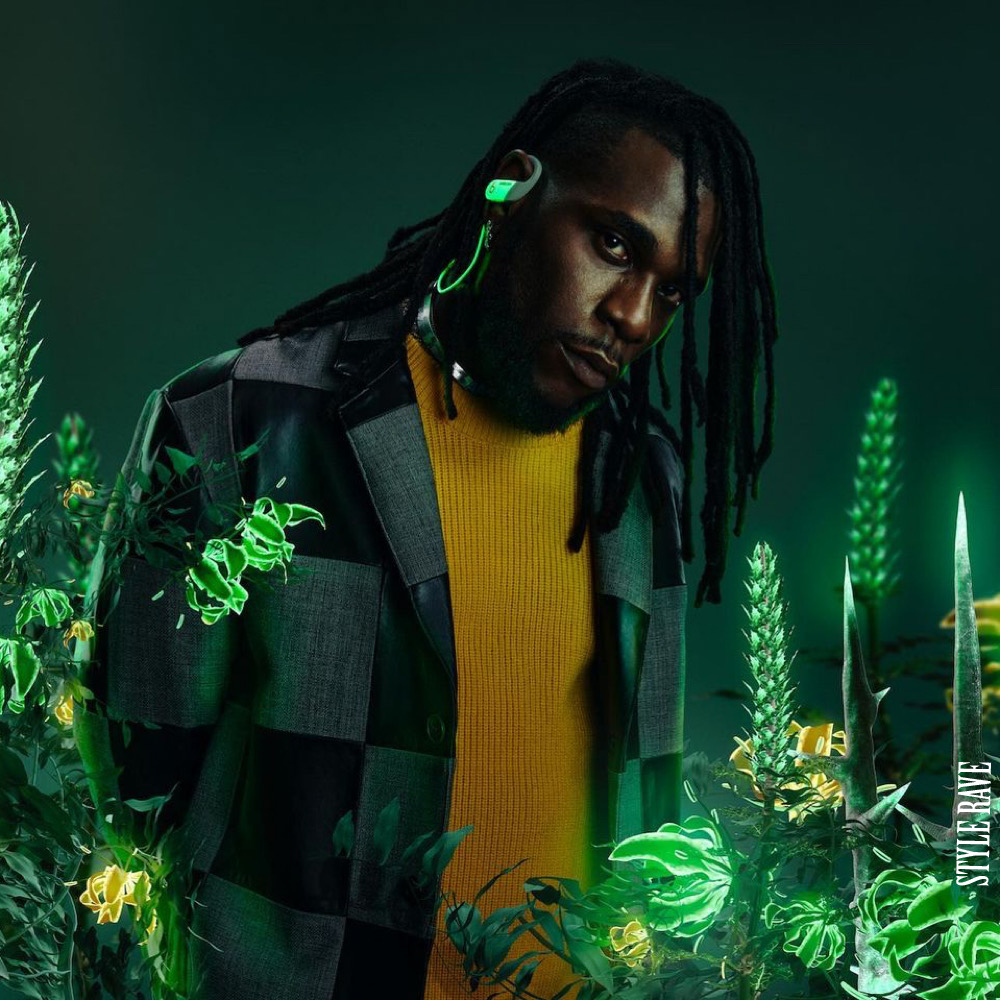 Burna Boy features in a new campaign for Beats by Dre, Cedric Richmond becomes Biden’s Senior Advisor, Guardiola extends Man City contract. Stay in the know with our Rave News Digest which summarizes five of the hottest global news you need to catch up on, saving you time and energy. Consider it your daily news fix.

Burna Boy has been unveiled as the African talent who features in the new Beats by Dre campaign. Headphones company Beats by Dre has just unveiled its collaboration with Tokyo-based fashion brand Ambush, founded and designed by Yoon Ahn, who is known for her non-traditional unisex designs. “I have always been a huge fan of Beats and wanted to make our version of Beats to enjoy,” Ahn said.

Nigerian singer/songwriter Burna Boy was tapped to appear in the Beats by Dre ad campaign. “Burna Boy’s background story spread beyond the geographical and cultural confines of his home ground, Nigeria. I believe that Africa is the future, and he is the perfect person to represent it,” she added.

Representative Cedric L. Richmond is set to join President-elect Joe Biden’s administration as as senior adviser to the President and director of the White House Office of Public Engagement. Richmond, who has represented New Orleans in the House of Representatives for the past 10 years and led the Congressional Black Caucus, has steadily emerged as one of the most influential Black voices in Congress.

The 47-year-old former chairman of the Congressional Black Caucus was a co-chair of Biden’s presidential campaign and a close ally during the 2020 race. He is now set to become the highest-ranking Black aide to the President-elect.

At a Tuesday news conference in New Orleans, Richmond vowed to “offer advice to the president when he wants it, maybe sometimes when he doesn’t want it.”

South African singer Nomasonto ’’Mshoza” Maswanganyi has died at the age of 37. The Southern African Music Rights Organisation (SAMRO) confirmed the news in a tweet. Mshoza’s manager, Thanduxolo Jindela, also released a statement on Facebook confirming her death. In the statement it was revealed that the Kortes hitmaker succumbed peacefully in the early hours of this morning.

The death comes as a surprise to fans and fellow celebrities who have been sending out their condolences.

Our thoughts and prayers are with Mshoza’s family and friends through this period.

The Rotational Nurses and Midwives Association (RNMA) has indicated that if by Friday, November 20th, the salaries and allowances of its members which have been in arrears for the past eight months are not paid by the government, the association will “advise itself.”

The association said for instance its October 2019 interns had not been paid while the April 2020 interns who had worked for eight months had also not been paid. The National President of the RNMA, Mr. Jerry Mertins Aziamadia, declared the association’s intention at the official launch of the RNMA at the Eastern Regional capital, Koforidua, recently.

Pep Guardiola has reached an agreement with Manchester City to extend his stay at the Premier League club by an additional two years, with his new contract running until the summer of 2023.

The deal marks the Catalan coach’s longest ever commitment made to a team during his managerial career, as he looks to add to the eight major trophies already won during his time with the Citizens.

The recent international break gave Guardiola and officials some downtime amid a hectic campaign to consider the future of the club. Now the team have come to an agreement that will surely delight City fans.