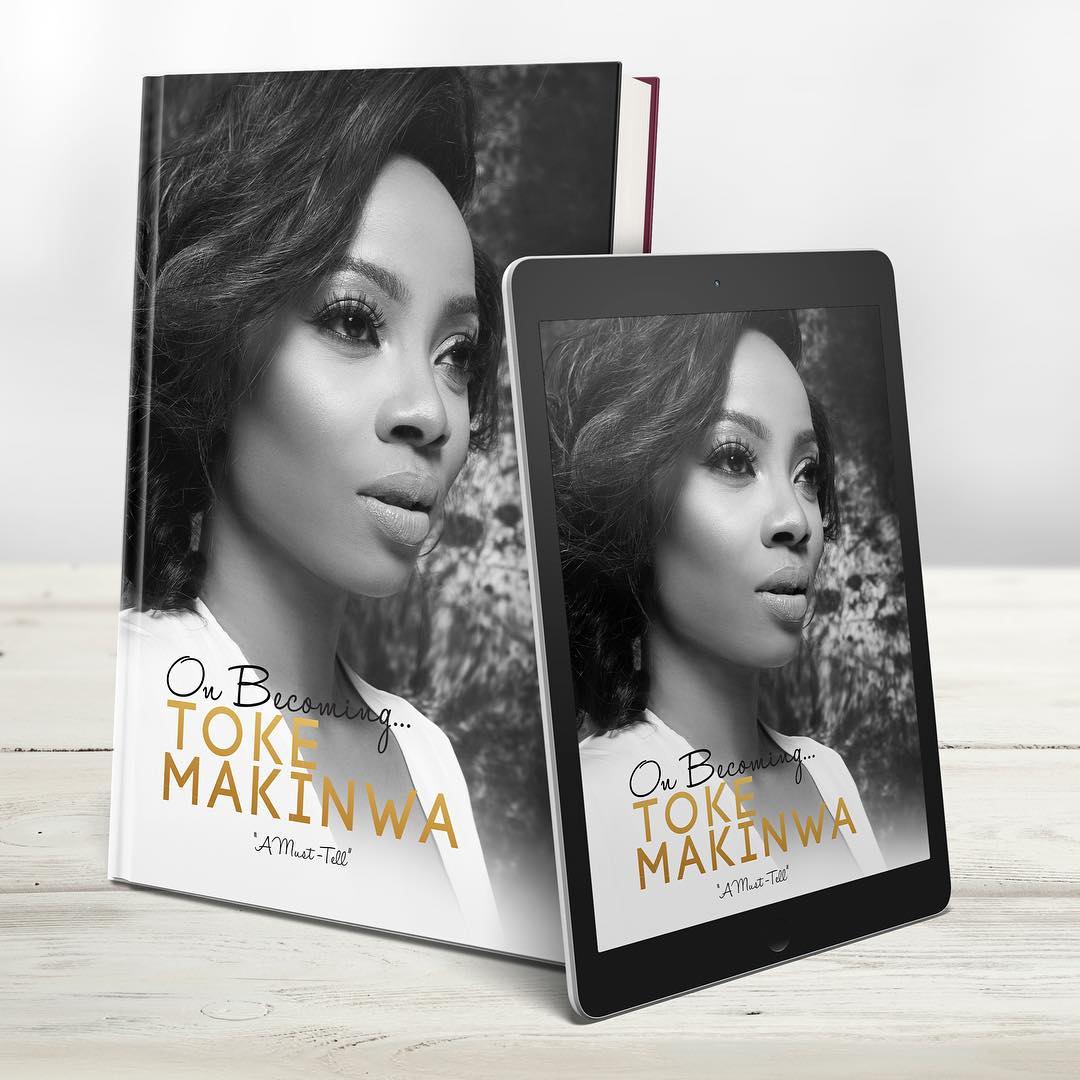 Toke Makinwa turned +1 a week ago and on top of the fact that it was one of our favorite media girl’s birthday, it also saw the launch of a new chapter of her life as she vaguely unveiled her latest project, On Becoming. On Becoming had been long coming as the style star had hinted to her fans and followers that she’s working on something major. If you didn’t read my post on the compelling documentary for this project you may read it here.

Although we had gathered from the ‘bad-ass’ documentary directed by ace director Kemi Adetiba, that On becoming was a project set to reveal Toke’s life story, we were yet to be told what form this project would take. Was it going to be a documentary? A campaign or a reality show? Well, Toke has just laid our suspense to rest. It’s a Book!

She had this to say as she officially announced the book’s release:

“Today is the most exciting day of my life. Today I Become. I never planned to write a book, what am I supposed to write? Then came June and my world fell apart…

On Becoming is my journey through pain to victory. I can’t wait to put “author” in my bio. I wrote a book y’all. I did it!”

We are all too familiar with the story of Toke’s on and off romance, marriage and eventual divorce from fitness pro Maje Ayida. Toke who is one of Nigeria’s most popular YouTube vlogger serves love and romance tips on her vlog, so it came as a shock to many when news broke that her husband had strayed and gotten an ex-girlfriend pregnant in June of last year. It was a story like the kind tragic romance novels are made of. Many wondered how Toke who seemed to know so much about love ended up wounded in her own game.

It’s quite impressive to see that the demise of her marriage didn’t break her down. In fact, Toke’s star power has only grown bigger since then. We are guessing that On Becoming will show the world the sides of Toke many do not know and maybe there will be a few empowering chapters where she inspires other women to rise above hurts and thrive. But until we grab a copy, we can only speculate.

Well done girl! See the cover reveal of the book On Becoming below.