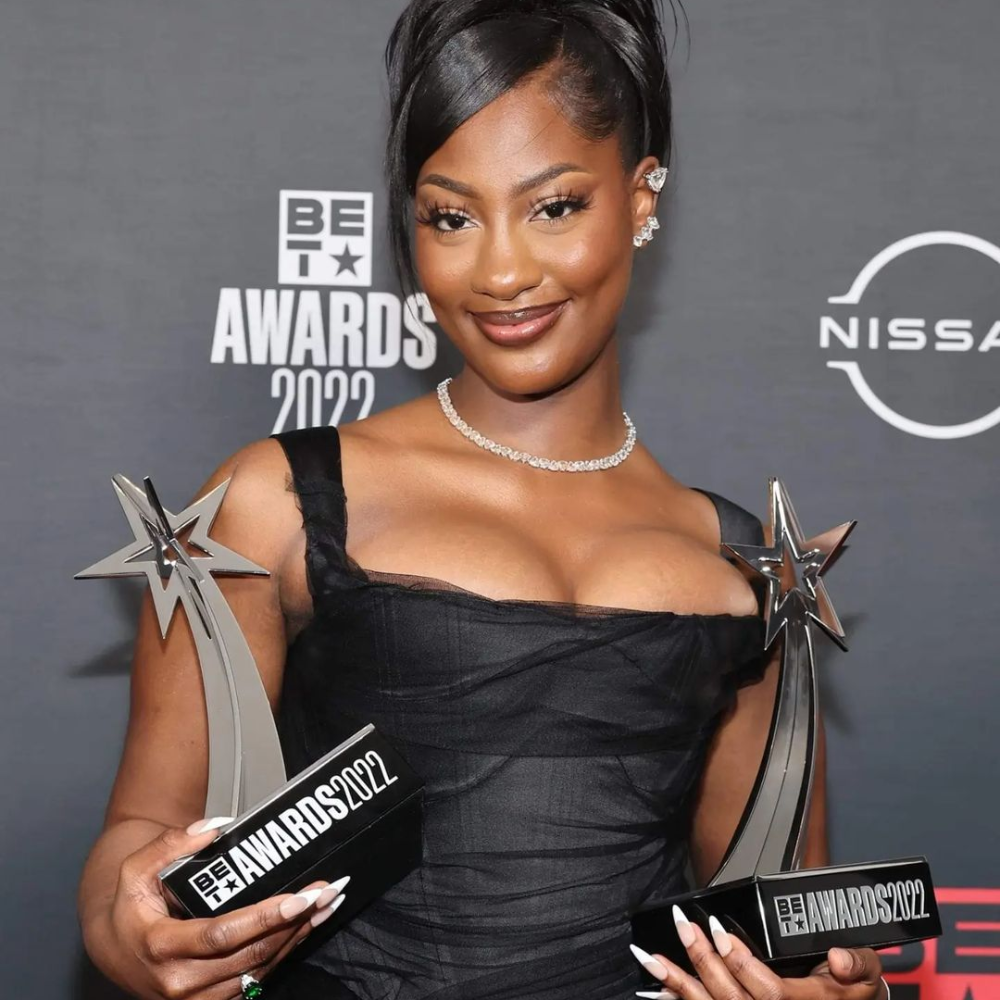 Tems makes history at the 2022 BET Awards, Lizzo pledges $500,000 to fight for abortion rights, Osimhen opens up about injury. Stay in the know with our Rave News Digest which summarizes five of the hottest global news you need to catch up on, saving you time and energy. Consider it your daily news fix.

Nigerian singing sensation Tems made history at the 2022 BET awards when she became the first African female to win the Best International Category. Tems had a great 2021 with her contribution to WIzkid’s “Essence” earning her wide international acclaim. The singer also appeared on Drake’s “Certified Lover Boy” album which further proved her status as one of Nigeria’s biggest international export.

With her win at the 2022 BET awards, held on Sunday, June 26, Tems joins Ice Prince, Wizkid, Davido, and Burna Boy as Nigerians who have won have bagged the prestigious recognition.

I’m pledging $500k from my upcoming tour to Planned Parenthood. Live Nation agreed to match— to make it 1 MILLION dollars

After SCOTUS reversed Roe v. Wade on Friday, Lizzo said she would be donating some of the proceeds from her upcoming tour to organizations working to make abortion accessible to people who no longer have access. “I’m pledging $500k from my upcoming tour to Planned Parenthood,” Lizzo tweeted. “Live Nation agreed to match — to make it 1 MILLION dollars.” In addition to supporting Planned Parenthood, the singer is also donating to the National Network of Abortion Funds, which helps people pay for necessary services like obtaining an abortion or traveling to a state where they can safely and legally obtain one. “The most important thing is action & loud voices. @PPFA @AbortionFunds & organizations like them — will need funding to continue offering services to people who are most harmed by this ban,” she added.

While people across the country mourned the end of federally-protected abortion access, Lizzo reminded her followers about the impact this ruling will have on Black women. “Black women & women of color have historically had disproportionately less access to family planning resources — this is a great loss but not a new one,” she said.

South African musician Makhadzi walked away with two well-deserved awards at the 2022 installation of the DStv Mzansi Viewers’ Choice Awards (DStvMVCA) which took place at the Sun Arena in Pretoria, South Africa on Saturday night. Making a comeback after a two-year hiatus, the live broadcast show saw local celebrities and delegates dust off their red carpet-worthy outfits for the “blue carpet” and a night of glitz and glamour. At the Sun Arena and across the different social media platforms, it was Makhadzi who topped the trending lists as her fans celebrated her wins.

The “Matorokisi” singer walked away with the Favorite Music Artist or Group awards as well as the Song of the Year awards for her hit song “Ghanama” featuring Prince Benza. Makhadzi jokingly thanked God she wasn’t fluent in English. She reasoned that not knowing the language allowed her to sing in her mother tongue which is how she became a fan favorite. She also revealed that she begged to perform at the last awards for free, knowing that one-day things would change. “I knew that one day is one day, God will answer,” she said.

BREAKING: The Supreme Court voted to overturn #RoeVWade — a widely expected ruling that could quickly block over 50% of pregnant people from safe access to abortion.

A draft decision to overturn the 1973 ruling that affirmed the right to abortion was leaked in early May. pic.twitter.com/ysJsKCKTvO

The United States Supreme Court in a 6-3 decision on Friday, June 24, overturned Roe v. Wade, the landmark ruling that established the constitutional right to abortion in the U.S. in 1973. The court’s controversial but expected ruling gives individual states the power to set their own abortion laws without concern of running afoul of Roe, which had permitted abortions during the first two trimesters of pregnancy. Almost half the states are expected to outlaw or severely restrict abortion as a result of the Supreme Court’s decision, which is related to a highly restrictive new Mississippi abortion law. The laws will affect tens of millions of people around the country, who may have to cross state lines to seek reproductive health care.

Other states plan to maintain more liberal rules governing the termination of pregnancies. Supporters of abortion rights immediately condemned the ruling, while abortion opponents praised a decision they had long hoped for and worked to ensure. Protesters descended on the Supreme Court on Friday to speak out both for and against a decision that will upend decades of precedent in the U.S.

5. Arsenal-linked Osimhen relives horror ‘near-death’ injury at Napoli that left him with 18 screws in his jaw

"I Almost Died Against Juventus, 18 Screws Inside My Jaw" – Victor Osimhen Narrates https://t.co/6KEr7jwo1Y

Napoli striker Victor Osimhen, who has been heavily linked with Arsenal during the current transfer window, has revealed that a “near-death” injury picked up in November 2021 left him with 18 screws in his jaw. The Nigeria international was forced from the field early in the second half during a Serie A contest at San Siro after suffering a sickening clash of heads with Inter defender Milan Skriniar. Major surgery was required in order to piece his face back together yet, despite all these, he still went on to hit 18 goals across the campaign as a whole lifting the lid on an incident that was memorable for all of the wrong reasons.

Osimhen added, with the ailment eventually keeping him out of action for the best part of two months, before returning with a protective mask: “When the scan came out, I fractured many bones, which they had to remove and fix inside again. I have like 18 screws under my jaw. I went through a lot. A lot of sleepless nights. I could not sleep, I could not eat with the pain. But at the end of the day, I am a lion, and I know the kind of mentality I have. In my mind, I had already scheduled my return following the surgery.”