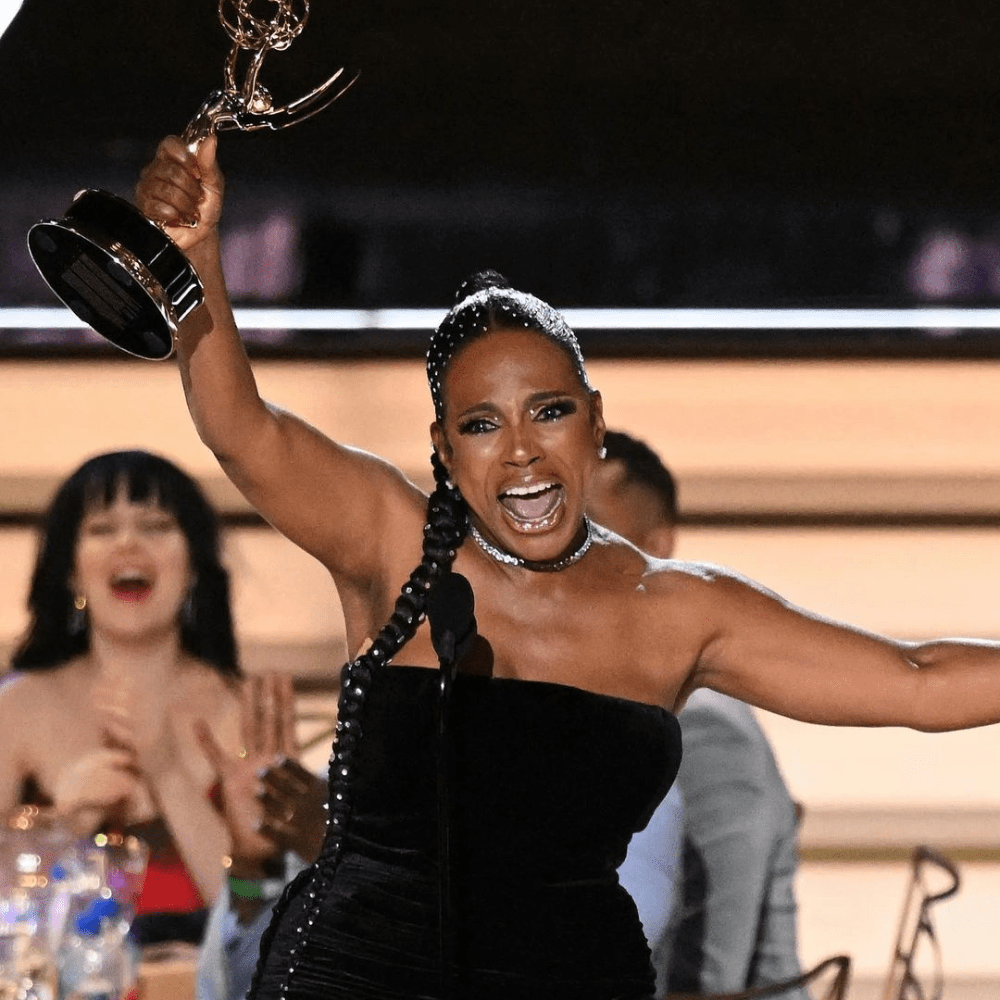 Sheryl Lee Ralph receives bouquets from Beyonce and Oprah for Emmy win, Asake teases new song days after album release, Messi reports for duty in Argentina. Stay in the know with our Rave News Digest, which summarizes five of the hottest global news you need to catch up on, saving you time and energy. Consider it your daily news fix.

📢 Let's be clear, Sheryl Lee Ralph has BEEN on! 🙌🏾 I'm so happy to see her getting her well-deserved attention & adoration. 💐

This was very kind of Beyoncé. pic.twitter.com/V78JIHB4LC

Sheryl Lee Ralph unveiled a stunning bouquet from Beyonce after her incredible Emmy win. The “Abbott Elementary” actress, who plays Barbara Howard in the sitcom, took home the award for Outstanding Supporting Actress in a comedy series at last week’s ceremony and was given a standing ovation by the star-studded crowd at the Microsoft Theatre. Following the ceremony, the 65-year-old shared a glimpse at some of the love she has been showered with on social media, including a stunning bouquet of flowers from the “Break My Soul singer.”

“Oprah, you know how to get flowers done, girl”

Also, in a TikTok video posted by Ralph’s son Etienne Maurice, the Abbott Elementary co-star was gifted a larger-than-life bouquet of pink and white flowers by Oprah Winfrey. “Wow, yes!” Ralph says as two men walk up to her driveway with the beautiful arrangement. “Oprah, you know how to get flowers done, girl. Thank you!”

Rave of the moment and red hot artist, Asake, has shocked fans with the release of a teaser for yet another new single. The teaser was posted on Sunday, September 18, and it comes as a surprise as Asake released his debut album “Mr. Money With The Vibe” on September 8.

The teaser was met with both excitement and surprise by fans many of whom expected that Asake would take his foot off the pedal after releasing successive hit songs and topping it with his record-breaking debut album. The teaser indicates collaboration with Tiwa Savage as it was captioned “Loaded by African Bad Gyal X Mr. Money.”

Tone deaf. All of you. You should’ve cancelled this trip. The community of #Pongola need you. https://t.co/MAmtDXCDpC

Media personality Bonang Matheba has joined many online slamming transport minister Fikile Mbalula for his “tone deaf” tweet about landing in Qatar instead of Pongola in KwaZulu-Natal. At least 21 people died, including 19 children when a truck crashed into a bakkie transporting pupils on the N2 between Pongola and Itshelejuba on Friday. On Sunday, Mbalula announced he had landed in Qatar.

According to the transport minister, the trip was to meet Qatar minister of transport Jassim bin Saif Al Sulaiti to “deliberate on areas of mutual co-operation in the transport sector.” Bonang said Fikile should have canceled his trip because the Pongola community needed him. “Tone deaf. All of you. You should’ve cancelled this trip. The community of Pongola needs you,” she said.

The Nigerian drug enforcement agency says it has made what appears to be the biggest seizure of cocaine in the country’s history. Some 1.8 tons of cocaine estimated to be worth more than $278m (£243m) were discovered in a warehouse in the Ikorodu area, northeast of the commercial hub, Lagos. The drugs were stored in 10 travel bags and 13 drums, said the National Drug Law Enforcement Agency (NDLEA).

Four Nigerian men aged 69, 65, and two 53-year-olds were arrested in different parts of Lagos. A foreign national was also detailed, in what the agency said was a “well coordinated and intelligence-led operation” conducted over two days. NDLEA says the men were planning to sell the drugs to buyers in Europe, Asia, and other parts of the world.

5. Messi reports for Argentina duty in Miami ahead of pre-World Cup friendlies

Lionel Messi and the @Argentina squad reporting for duty in Miami ahead of the friendly against Honduras pic.twitter.com/Sz920oROop

Lionel Messi has flown out to join his Argentina teammates for two World Cup warm-up games in the United States. The forward has landed in Florida along with Angel Di Maria, Leandro Paredes, and Nicolas Tagliafico to link up with the Argentina squad for two pre-World Cup friendlies. Lionel Scaloni, Argentina’s football manager, will look to fine-tune his preparations for the 2022 World Cup with the warm-up games against Jamaica and Honduras.

Argentina will prepare for both games at Inter Miami’s training session. The Albiceleste’s first fixture is against Honduras on September 23 at the Hard Rock Stadium in Miami. Argentina will then head to New Jersey to take on Jamaica at the Red Bull Arena on September 27. Messi has been in strong form for PSG this season after a tough first campaign following his move from Barcelona.

Mental Mondays: What Is Quiet Quitting And How Does It Affect Your Mental Health?