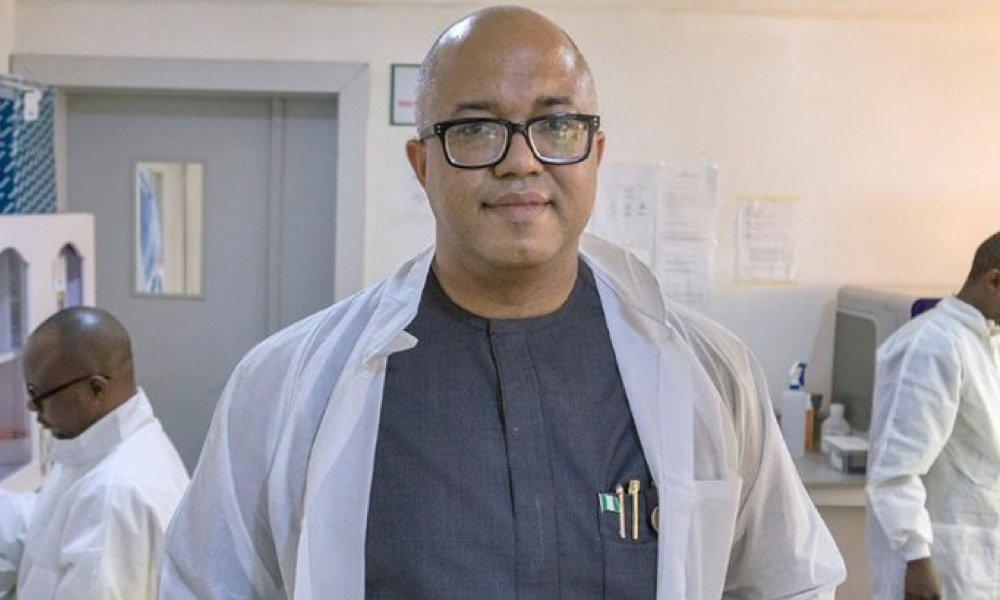 NDCA boss quarantined, meet John Amanam, the Nigerian artist who makes prosthetics for black people, Tokyo 2020 might be postponed. Stay in the know with our Rave News Digest which summarizes five of the hottest global news you need to catch up on, saving you time and energy. Consider it your daily news fix.

The Minister of Health, Dr Osagie Ehanire, said on Tuesday that the Director-General of the Nigeria Centre for Disease Control, Chikwe Ihekweazu, has been quarantined for 14 days. Ehanire stated this when he appeared before the Senate leadership to provide an update on the activities of his ministry to curb the spread of Coronavirus in the country.

He told the Senate principal officers that Ihekweazu was quarantined because he just returned from China. He said the standard practice was for anyone coming into Nigeria to be quarantined for 14 days before mingling with other members of the public.

Amanam’s inspiration came after his cousin lost his fingers in an accident and summoned a desire to help him get them back. In addition, the Nigerian artist wanted to make those prosthetics look realistic in terms of skin colour. Most prosthetics in Nigeria are usually white or are unrealistic.

Although John Amanam’s products have been very well received by patients in need of prosthetics, he believes there’s always room improvement. He wants to open a prosthetics factory in his hometown of Akwa Ibom to not only produce a large number of realistic prosthetics but to make them available internationally.

John Amanam is a graduate of Fine and Industrial Arts from the University of Uyo and has a company called Immortal Cosmetic Art. Here, he sells his pieces for at least ₦40,000 ($111).

3. Turkey shoots down the third plane as Syrian forces retake the town

Turkish forces downed a fighter jet flown by Syrian government forces over southern Idlib on Tuesday as a strategic town in northwest Syria fell under the control of President Bashar al-Assad’s military.

It was the third such shoot-down in three days after Turkey hit two other Syrian aircraft on Sunday. “Turkish regime forces targeted one of our warplanes, which led to its fall in the northwest area of Maarat al-Numan,” Syrian state media reported.

On Twitter, the Turkish defence ministry confirmed the news, saying “an L-39 plane belonging to the Syrian regime has been downed”.

Togo’s President Faure Gnassingbé has won elections with 71% of the vote, according to final results from the Constitutional Court. The main opposition says the election, held on 22 February, was marred by fraud.

Mr Gnassingbé has led Togo since 2015 when he took over following the death of his father Gnassingbé Eyadema, who ruled for 38 years.

5. Coronavirus: Tokyo 2020 could be postponed to end of the year – Japan’s Olympic minister

Japan’s Olympic minister says the Tokyo 2020 Games could be postponed from the summer until later in the year amid fears over the Coronavirus outbreak.

In a response to a question in Japan’s parliament, Seiko Hashimoto said Tokyo’s contract with the International Olympic Committee (IOC) “calls for the Games to be held within 2020“. She added that “could be interpreted as allowing a postponement”.

The Games are due to be held from 24 July to 9 August. “We are doing all we can to ensure that the Games go ahead as planned,” Hashimoto added. Under the hosting agreement, the right to cancel the Games remains with the IOC.

IOC president Thomas Bach says his organisation remains “very confident with regard to the success” of the Games in Tokyo.

Our Week Day News Digest brings you a summary of five of the hottest news topics today including latest News in Nigeria, African news, political news, international news, Hollywood news, sports news and news on Nigerian celebrities and African celebrities. Also, expect other top stories and more of the latest trending news today across the Sahara. A summary of the latest Nigerian news

The 10 Best Fashion Instagrams Of The Weekend – March 1st