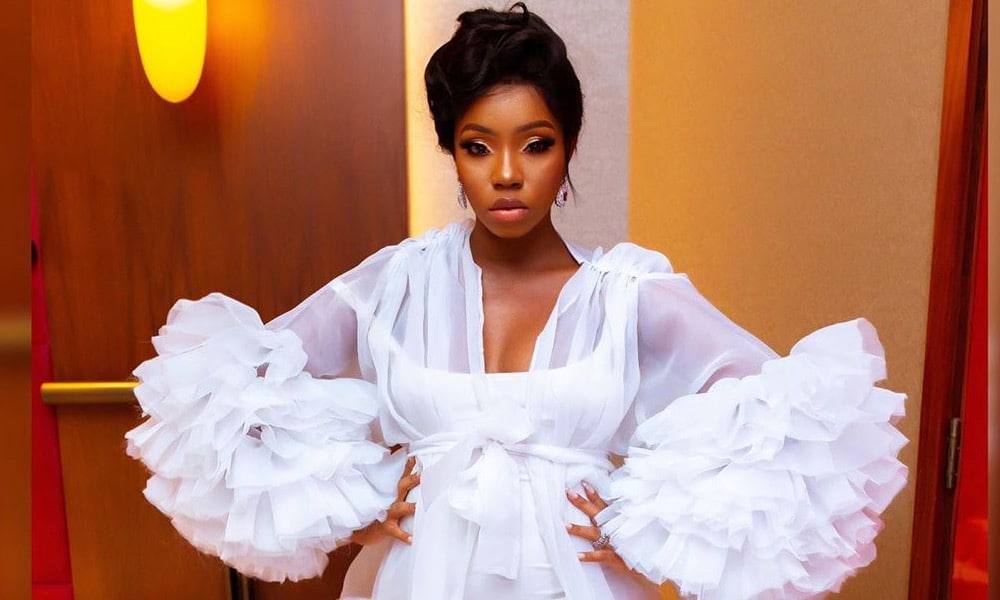 Bambam announces her pregnancy with stunning images, Director of Federal works addresses the state of bad roads, Wilder defeats Ortiz. Stay in the know with our Rave News Digest which summarizes five of the hottest global news you need to catch up on, saving you time and energy. Consider it your daily news fix.

1. Iran Guard chief warns US and allies not to ‘cross red lines’

Iran will destroy the United States and its allies if they cross Tehran’s red lines, the head of the country’s elite Revolutionary Guard Corps (IRGC) has said in his address to a pro-government rally denouncing last week’s violent protests over the rise in fuel prices.

Addressing thousands of demonstrators in the capital on Monday, General Hossein Salami accused the US, the United Kingdom, Israel and Saudi Arabia of stoking the unrest, in which dozens were killed by Iran’s security forces.

“We have shown restraint… we have shown patience towards the hostile moves of America, the Zionist regime [Israel] and Saudi Arabia against the Islamic Republic of Iran… but we will destroy them if they cross our red lines,” he said.

The demonstrators, waving the Iranian flag and banners that read “Death to America” and “Death to Israel”, descended on Enqelab (Revolution) Square. Some in the crowd set fire to American flags.

South Africa’s President Cyril Ramaphosa has urged men to change what he described as their “sexist and patriarchal attitudes” which he says lie at the root of violence against women.

He made the comments on the International Day for the Elimination of Violence Against Women, just hours after another brutal attack, in which a woman was raped and stabbed multiple times.

Launching a campaign against femicide, Mr Ramaphosa described such violence as “a great shame on our nation”. Some 2,700 South African women were murdered by men last year, and 100 rapes reported each day. The government has set aside more than $100m (£77m) for a plan to deal with the issue.

Barely a week after a star-studded wedding in Dubai, reality star, Bamike Olawunmi better known as Bambam has announced her pregnancy with Tope Adeniyan aka Teddy A.

Their white wedding, which trended on all social media platforms the upper weekend, received praises from her fans, celebrity friends and well-wishers. Although Bambam was dressed in two designer wedding gowns, her baby bump was concealed and her pregnancy status was hard to tell.

Although news of her pregnancy was hot on the streets during her September traditional wedding, Bambam remained mum about it until now. She officially made the pregnancy announcement to her 1.2 million followers on her Instagram page over the weekend. Her post read: “The little one decided to photobomb my hotshot, seems baby would be as vain as me.”

4. Why we can’t fix all bad roads across the country — Director, Federal works The Director, Planning, Research & Statistics, Federal Ministry of Works and Housing – Nigeria, Dr Famous Eseduwo, has explained that the ministry could not fix all bad roads across the country at the same time because of the numerous challenges facing the sector. He gave the explanation in Calabar at the opening of a four-day National Council on Works meeting with the theme ‘Infrastructure As The Pathway For Prosperity.’

Eseduwo said, “The problems we have in the road sector are myriad and sometimes you won’t know that something is being done until maybe at a reasonable level when you have seen the signs on the ground.”

“But I want to assure you that progress has been made from last year to now and we are still here because we have developed the perspectives of looking at our problems continuously. It’s a growing concern. So definitely, there are going to be challenges and we are there also to look at the challenges.”

Deontay Wilder has described himself as the “hardest hitter in boxing” after his seventh-round knockout of Luis Ortiz in Las Vegas on Saturday. The Cuban had dominated the first six rounds but was knocked to the floor by a stunning right hand from Wilder, 34.

He retained the WBC world heavyweight title with his 42nd win from 43 fights, 41 of those by knockout. “I think I earned my respect to say I’m the hardest-hitting puncher in boxing history. Period,” said the American. “I do what I do time and time again. I give people great fights and great knockouts.“

Wilder has produced 10 successful defences of his WBC belt, which he has held since January 2015. The only fight he has not won in his career was the draw with Tyson Fury in Los Angeles in December 2018. Even then, he still put Fury on the canvas in the ninth and the final round.