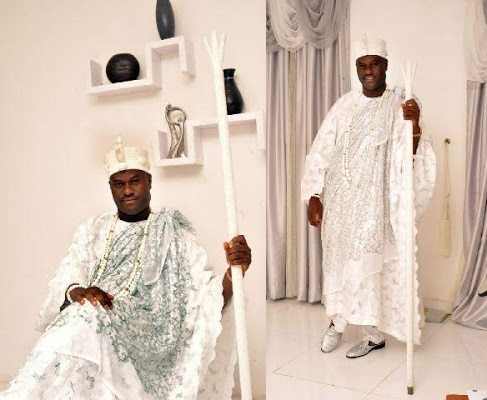 A foremost monarch, Oba Adeyeye Enitan Ogunwusi Ojaja II, from south-western Nigeria with predominantly people of Yoruba ethnic group will be visiting America sequel to his elaborate coronation last December 2015. Even though the king is described as the ‘Ooni of Ife’, that is the king of his city of Ile-Ife, he widely regarded as the first among the equals of other kings in his Yoruba community.

Oba Ogunwusi’s impending visit comes against the backdrop of his widely commended efforts to promote peace and love among his people and leaders of various ethnic groups that make up the heterogeneous nation of Nigeria. The visit is also intended to promote the economic well-being of the people of his immediate community in particular to which he has been committed since he ascended the throne.

Since the plan for the highly revered monarch’s visit became afoot, his immediate subjects who are resident in America under their aegis of “Ife Ooye North America (IONA) have reached a stage of fever pitch making elaborate preparation for a grand reception to be held at the Ukraine Center in the city of Somerset, New Jersey come Saturday, June 11, 2016. The monarch, who will be coming with an entourage of about 70 dignitaries, will be honored at the occasion which will also be attended by local government officials including mayors and legislators. The event, expected to be attended by 500 people, is strictly by invitation.

The Chairman of the Grand Reception Planning Committee and one of the leaders of Ife Ooye North America Group Chief Olubunmi Awopileda in an interview expressed satisfaction with the level of preparation by his members to host the monarch. “All Ife natives in the US are excited and energized for this epochal occasion. It will be an occasion to showcase our very rich culture with our king as the symbol”.

Aside from the grand reception being planned for the king on his visit, other events have been lined up to make the visit memorable. On Sunday, June 12, 2016, the monarch will be the Special Guest of Honor at the prestigious Odunde festival. ODUNDE, created in 1975 by Lois Fernandez and Ruth Arthur, is a festival that attracts the attendance of about 500,000 people annually. The festival whose concept originates from the Yoruba people of Nigeria, West Africa, celebrates the coming of another year for African Americans and Africanized people around the world and is the largest African American street festival held in the country.

In New York, Amarachi Restaurant will hold a reception honoring his Majesty where he would receive the State Senator Kevin Parker and the Brooklyn Borough President Eric Adams who have secured NYC proclamation of Monday, June 13, 2016 as Yoruba day in honor of the visiting King. On the same day, the Museum of the Contemporary African Diaspora Arts (MoCADA) will receive the monarch in a private reception as well as a public forum session. Expected at the event will be Brooklyn Borough President and New York City Public Advocate Leticia James. The monarch will then move to the Mid-west and other parts of the country to attend economic and leadership summits before being received by President Barack Obama through The White House Office of Faith-based and Neighborhood Partnerships.