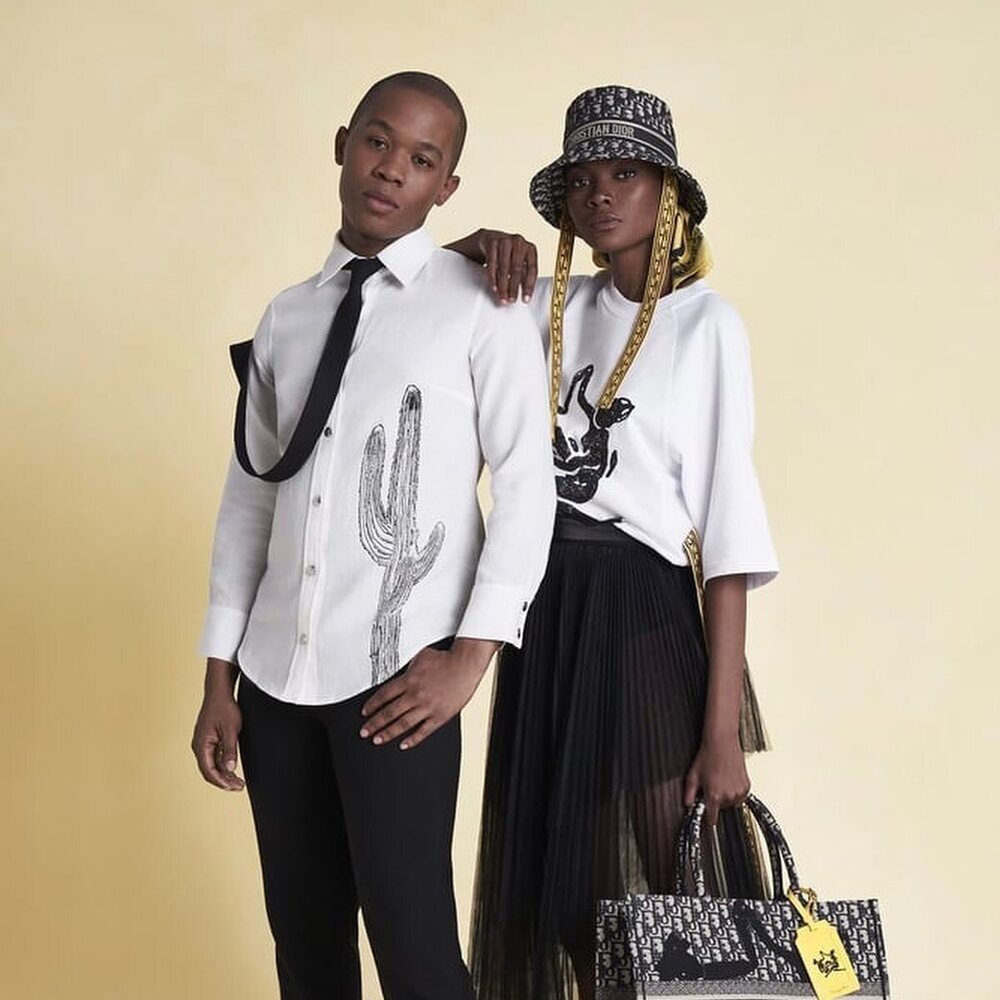 When you look at the past winners of the LVMH Prize for Young Designers, it is quite a stellar list. In the eight years that the award has been handed out, the talented designers that have nabbed the top wins have gone on to build respectable careers. Among them Jacquemus, Hood By Air, Thebe Mugu, Peter Do, Grace Wales Bonner, Marine Serre, and Thomas Tait, to name a few.

Designers must be between the ages of 18 and 40 and have produced at least two commercially successful collections of women’s, men’s, or genderless clothing. In addition to a 300,000-euro endowment, the winner of the LVMH Prize for Young Fashion Designers is mentored by LVMH teams in fields like sustainability, communications, marketing, law, production, and finance.

Along with a 150,000 euro award, the Karl Lagerfeld Prize recipient also gets a year of mentorship from LVMH professionals. In addition, the winners of the grand prize and second-place prizes will each earn allowances on the Nona Source platform, which collects deadstock materials from LVMH’s fashion and leather goods brands, totaling 20,000 euros and 10,000 euros, respectively.

“Ten years after its creation, the LVMH Prize has become a benchmark, a key player in nurturing young designers,” said Delphine Arnault, Louis Vuitton’s executive vice president and a key talent scout for the group, who initiated the prize in 2013. She noted that the prize has evolved over the years, and “reflects the developments and trends that drive fashion and, more broadly speaking, society.”

“Many influential young designers have taken part in it over the last 10 years, which shows the role the prize plays in talent spotting,” she added.

Semifinalists are to be chosen by an LVMH selection committee and revealed in due course. On March 2 and 3, during Paris Fashion Week, these contestants must exhibit their work in a designated showroom and meet with the judges. From March 2, the 2023 semifinalists will also be highlighted on the award’s website and social media outlets. The general public and industry professionals “will have the chance to learn about and choose the competing designers” at that time. The general public will once again be able to cast their vote for their preferred candidate this year.

Three recent fashion school graduates will receive the award. Each will receive 10,000 euros and spend a year working in the studios of one of the three LVMH houses. LVMH also plans to recognize fashion-school graduates, who can apply until March 19. LVMH 2023 Prize

Rihanna And LVMH Putting A Hold On Fenty Fashion House