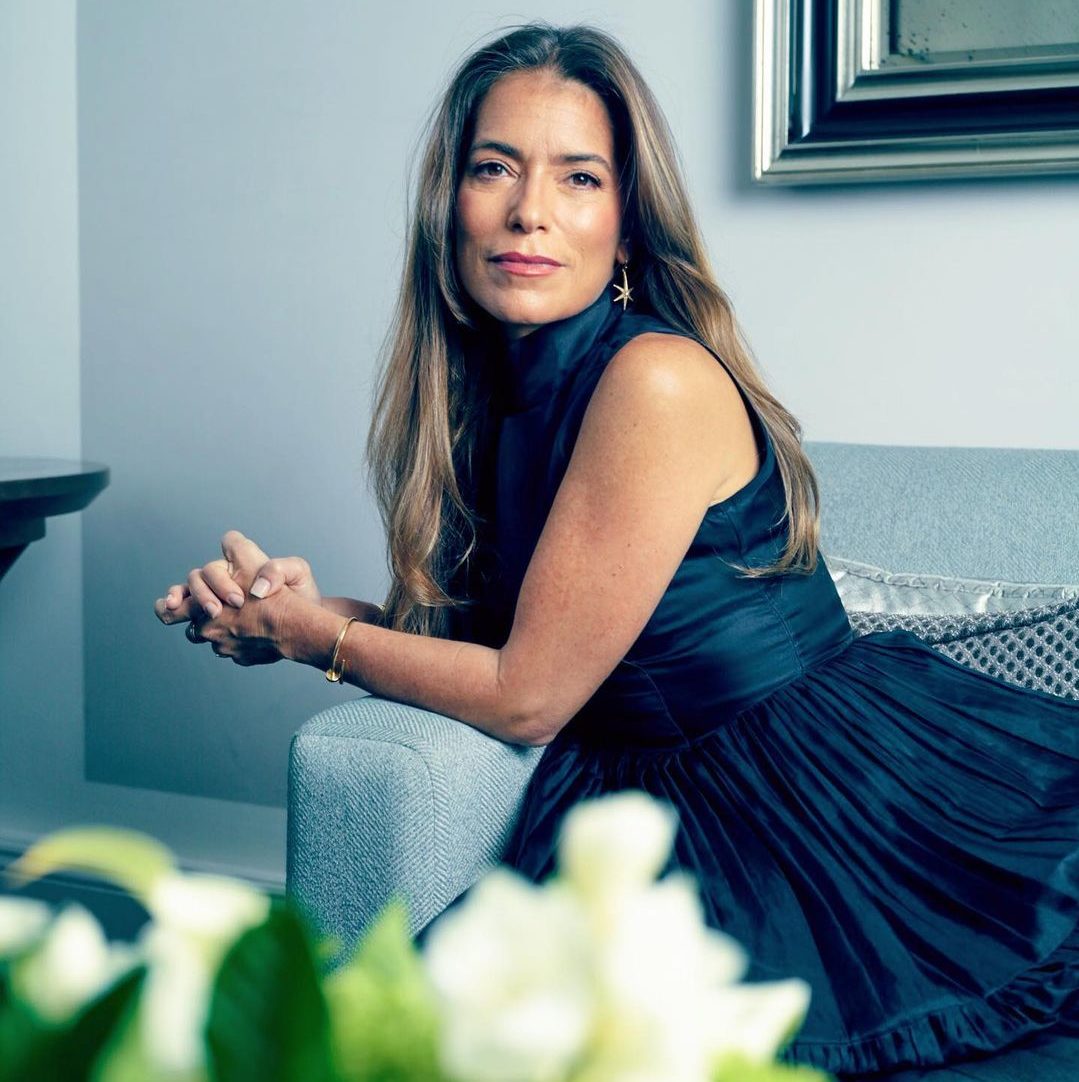 Divorce looks different during the pandemic. One memorable image of this time is the screenshot of Mary-Kate Olsen and Olivier Sarkozy’s Zoom divorce hearing that went viral last month. Seeing such high-profile proceedings unfold on the same video-call software that’s used for office all-hands meetings and conference calls was a novelty for many. But divorce lawyer of celebrities including Kim Kardashian, Laura Wasser of Wasser, Cooperman & Mandles is enjoying the efficiency of it.

“The nature of family law has always been a lot of in-person, handholding, meetings face-to-face,” she says. “I can [have] five or six meetings a day on Zoom, which I never could have done [before].”

Wasser, 52, doesn’t represent Olsen or Sarkozy, but on Friday, the lawyer filed divorce papers for Kim Kardashian West in her long-rumored divorce from Kanye West. It’s her second time representing Kardashian West; the first was the social media star and entrepreneur’s second divorce, from Kris Humphries in 2013. Wasser’s other clients have included Britney Spears in her 2007 divorce from Kevin Federline; Angelina Jolie when the actor filed for divorce from Brad Pitt in 2016 (the proceedings are still ongoing); and, in 2018, both Jennifer Garner and Ben Affleck, who hired Wasser to mediate their divorce instead of opting for separate lawyers. She’s also currently representing Armie Hammer, whose wife, Elizabeth Chambers, filed for divorce last year.

The divorce lawyer’s work with household names, including Kim Kardashian, has earned the tabloid nickname “Disso Queen” (short for dissolution of marriage). Wasser was married once, in 1993, for one year; she has two sons, a 15-year-old and 11-year-old. In Noah Baumbach’s 2019 divorce-focused movie Marriage Story, the family law attorney played by Laura Dern is rumored to be based on Wasser, who represented Baumbach’s ex-wife actor Jennifer Jason Leigh in their divorce. Wasser also runs the online divorce platform It’s Over Easy, which helps couples with uncontested divorces file online. She calls the website a passion project, saying it doesn’t make her any money. Here, she speaks to WSJ. about the strangest thing she’s ever arranged for and why she’s never been able to meditate.

Here are some of what Laura Wasser revealed to WSJ. Magazine…

Do you set aside a specific time to brainstorm or reflect?

That’s the run. I’ve never been good at sitting still or meditation and believe me, pretty much everyone in my family meditates and is really into it. I’ve tried and I do not discount at all how important it is for people but for me, I just somehow can’t seem to do it. However, when I’m running in the morning and it’s so early and there’s not a ton of people out, and I’m outside…that’s when I ruminate and brainstorm and think, whether it’s a case that I’m working on and the strategy for it, [or] something new for the website or whether it’s what I’m going to wear now that we’re allowed to go to restaurants again. That’s the time. I can kind of just let things wash over me.

Do you think the pandemic is contributing to an increase in divorces?

I actually think that a lot of people as a result of this have gotten closer, have gotten a renewed understanding of the importance of families. They’ve changed family dynamics, they’ve changed a lot of things in terms of who is responsible for certain things at home, as opposed to one party that’s the homemaker and the other party being the breadwinner.

What’s the strangest thing you’ve ever arranged for—shared custody of a pet turtle, or something like that?

Yeah, we’ve had those. There have definitely been some interesting sharing of animals and event things like, there’s been a piece of art that’s gone back and forth on an annual basis between a client of mine and his ex. It’s an expensive piece. They didn’t want to sell it, they both really loved it. So she has it one year and he has it in another.

There was a case a while ago where the wife was quite certain that the husband had given her a sexually transmitted disease but he refused to be tested himself to see if he in fact had it. And he, on the other hand, was Jewish and he really wanted a get, which is the Jewish divorce and it has to be signed by rabbis. It has nothing to do with the legal system. And so in exchange for him getting an STD test and showing her the results, she was willing to sign off on the get. I’ve always thought that would only happen in the 21st century.

Did he have the STD?

Oh yeah! By the way, it didn’t really prove anything. Back in the ’90s, there were big tort cases for STDs—not AIDS, but herpes or gonorrhea, genital warts. But as the research showed that so many people, particularly with herpes, had it or have it and don’t know that they have it, it was really difficult to prove that a) he or she knew they had it when they were having sex with you, and b) that they were the one who gave it to you.

When you’re evaluating a case, what sorts of things make you want to take it on versus what would make you turn it down?

To be perfectly frank, the reasonableness of the client. When I look at a case, it’s all from a problem-solving perspective… If it looks like it’s going to be easily resolvable and the only reason that they’re actually seeking counsel is because they want somebody to be able to advise them and then write it up, I love those cases…. I have people who come in and say, Well, I’m the mom so obviously I should have sole custody of the kids and he can see them on the weekends. And I get the house, right, because I’m the mom? Then I have to say, Let me educate you, this is not how it is anymore. If they say OK—fine. If they say, No, but I’m the mom and he cheated on me and he was such a dick. And I’m like, He might have been a horrible husband but we’re not going to punish him or your kids by not giving him custody. If they’re able to understand that, then we can work together. If they’re not, I will send them elsewhere, to one of my colleagues who will be happy to charge them a great deal of money to continue working with their unreasonableness and delusions.

What items are people most prone to fighting over?

Did having a movie character maybe be based on you change your life in any way?

No, it’s not changed my life in any way, at all. But it was fun. It was right around this time last year when we were watching [Marriage Story]. I knew most of those people. I knew Laura, I knew Noah, I knew Noah’s ex-wife….I feel like overall the cautionary story of Marriage Story was really cool. [Before] you get divorced, you never think about getting a divorce and it’s this looming taboo thing. I think it was good that he gave us a picture into what it could look like in this day and age.

In a movie version of your life, who would you want to play you?

It was so much easier to answer this question when I was younger. Maggie Smith? Sandra Bullock, I guess. My life, between the professional and the personal—I have two sons, they have two different dads—it’s all kind of wacky. So yeah, I think I could see I could see Sandra Bullock playing me.

What’s your best piece of advice for couples who are about to get married?

Communicate. Talk about everything. Talk about things that aren’t sexy. Have the kind of unromantic talk that you would have if you were going to enter into a prenuptial agreement even if you’re not entering into a prenuptial agreement: What do you feel is expected of you in this relationship and what do you expect of your future spouse in this relationship? Everything from financial to family. My parents are older. I don’t want to put them in a home. Can they come live with us when they can’t take care of themselves? Are we having kids? Are they going to go to public or private [school]? How much are we going to put aside each month for retirement? You have huge student loans that you’re going to be paying with the money that we’re making during our marriage. The couples that I see that do prenuptial agreements, because they’ve had those conversations, they end up staying together for longer because it gives you the communication tools that you need when things aren’t going well. And ultimately, in every relationship… you’re going to have times when things aren’t going well. So while things are going well, hone those skills so you know how to be able to come to each other during difficult times and talk about them.