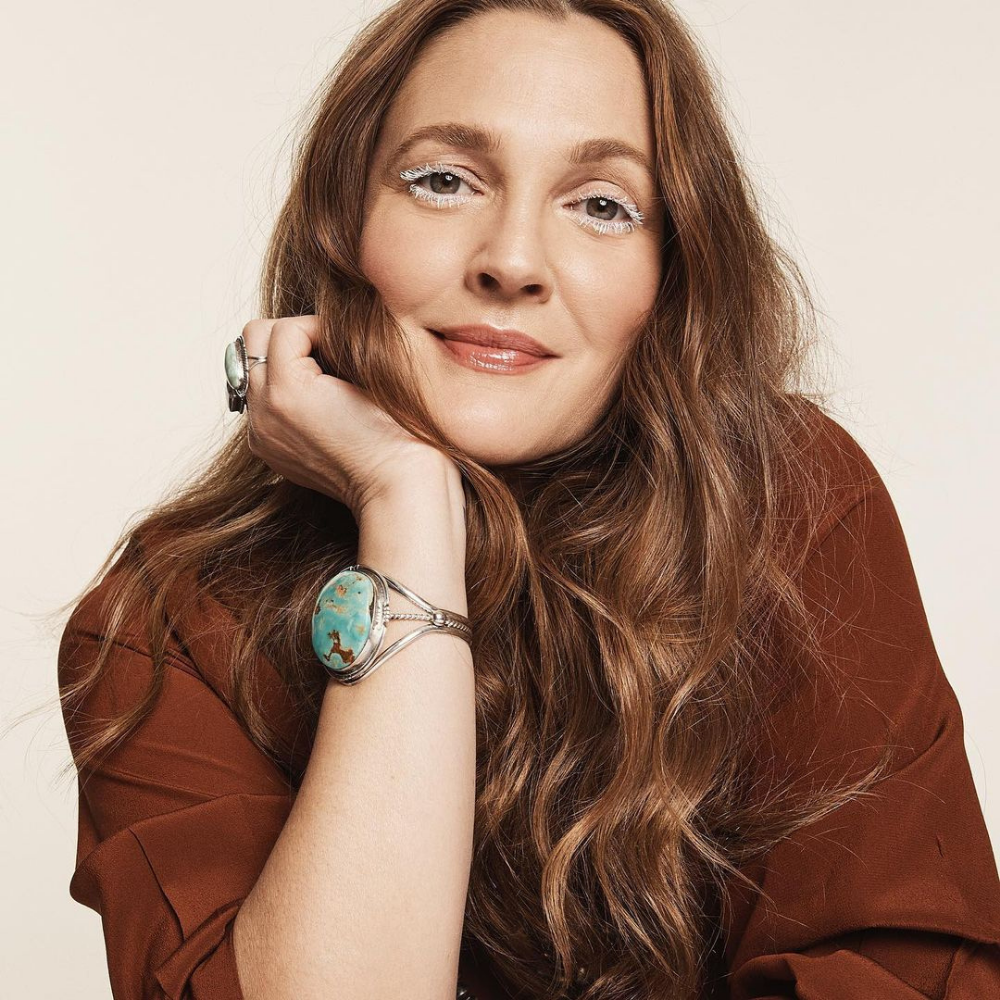 How To Style A Midi Dress Like A Certified Style-Raven: 25 Looks + Styling Tips!

Drew Barrymore has a new morning ritual. The talk show host who, according to Celebrity Net Worth, is allegedly worth $125 Million, calls it “Byrd time,” named after a teacher, Patricia Byrd, whom she met in Dallas during an episode of her talk show, “The Drew Barrymore Show.” Barrymore, 47, had asked Byrd how she could start her days more purposefully, and Byrd told her, “Make room to be quiet and find your intention.” So now after Barrymore wakes up at 6:30 a.m., she spends five minutes doing just that. Before, “I realized I wake up and the alarm bell goes off and I’m like, I’ve got to do this, I’ve got to do that—oh, God!” she says.

Next she goes to wake up her kids—Olive, 9, and Frankie, 8—with a song like Phoebe Bridgers’s “Motion Sickness,” “Easy on Me” by Adele or anything by Olivia Rodrigo. When they’re finally on the bus, Barrymore finds herself with just 45 minutes before she’s supposed to go to work: “It’s like the Dalí clocks start melting.” She blinks, she says, “and that 45 minutes is gone and I’m running my ass off.”

Barrymore, who began acting before she was even a year old, has been hosting her CBS talk show since 2020. She also has a production company, Flower Films, and a cosmetics brand, Flower Beauty. She lives in New York City. Drew Barrymore Net Worth

Here are some things Drew Barrymore revealed to WSJ. Magazine…

I can’t really drive down the street without finding an idea. I don’t see a woman’s nail without getting inspired by what color that could translate into as a wallpaper. I can’t read a magazine without tearing out every page and saving it because I found the perfect f—ing finial. Why don’t finials get enough love? Or bookends or salt and pepper shakers? I’ll look at a campaign of something and think, That advertising agency really got to me. I love advertising when it’s nailed. So everything is going into the funnel. I will have “Death by info” on my headstone.

On the gratitude journaling she does with her daughters:

[After we started,] I noticed that my kids and I started going, “Oh, we should put that woman in our gratitude journal who was so nice to us at the Dunkin’ Donuts.” Or I’ll challenge the girls by saying, “What are you grateful for today?” Sometimes I’ll just hand it to them with a pen and go, “Write. Just write something.” And I’ll get to find what they write in it later, which is always a delightful surprise because sometimes it’s humorous and sometimes it’s really heartfelt. I’ve seen it change me and my two kids’ lives because we’re not hunting and gathering for things to put in that journal. We’re recognizing behavior and moments and people in a way we weren’t before. Drew Barrymore Net Worth

On how Cameron Diaz inspired her to be more eco-minded, and her decision to become an investor in Grove Collaborative, an eco-friendly household and personal care company:

I wish that I was awake about this before, and I just wasn’t. Cameron Diaz who has been like my sister the majority of my life, she’s been on top of me about this for 25 years. And she was so ahead of the game. She would do a show called Trippin on MTV that was all about eco, and she would make me get a Prius and turn off all my lights and yell at me when I was letting the water run in the sink while brushing my teeth.

And so when I did the pilot for the show—she didn’t want to be on camera, she was in a really quiet place in her life—she did me such an insane, solid favor of coming on and helping me launch the pilot by being on it and trying to explain to people what Drew’s News would be. It was the ultimate best friend showing up for you. So I was like, how do I repay my sister for doing this? And I was like, OK, I’m going to become an eco-minded person and I got on my knee and I made a marriage proposal to her. I said, “I promise from now on, I’m going to do all the things you’ve been asking me to do all these years.”

Right then and there, I have changed. That was almost three years ago. I stopped using plastic; I started changing my household products. I thought about my carbon footprint; I got into recycling.

On her favorite guest of all time – Keanu Reeves:

I loved when Keanu Reeves came on, because I worked with him when I was 11 years old [and he was around 21] and we were in Munich, Germany, for six months and I loved him so much and he wasn’t as famous yet, and I hold that time so dear in my heart. And he came into my 16th birthday and was like, “Get on the back of my motorcycle!” [He] pulled me out of the party and we went for the ride of [my] life, super-speeding, no helmets, 16 years old. I have these amazing memories of him. Then to talk to him, adult to adult, and he doesn’t do a lot of shows—I’m grateful that I can be so in awe, like the audience, because I always will be.

On the one piece of advice that’s guided her:

I always follow my partner and best friend of 27 years, Nancy [Juvonen]—she’s Nancy Fallon now. She would tell me the Abraham Lincoln quote, “When I do good, I feel good. When I do bad, I feel bad. That is my religion.” Maybe sometimes it’s as simple as that: Our behavior is what makes us feel good and bad. That lands into more accountability, but it also lands into more inspiration—that you do have control over the way you conduct yourself, because it matters. Drew Barrymore Net Worth

How To Style A Midi Dress Like A Certified Style-Raven: 25 Looks + Styling Tips!