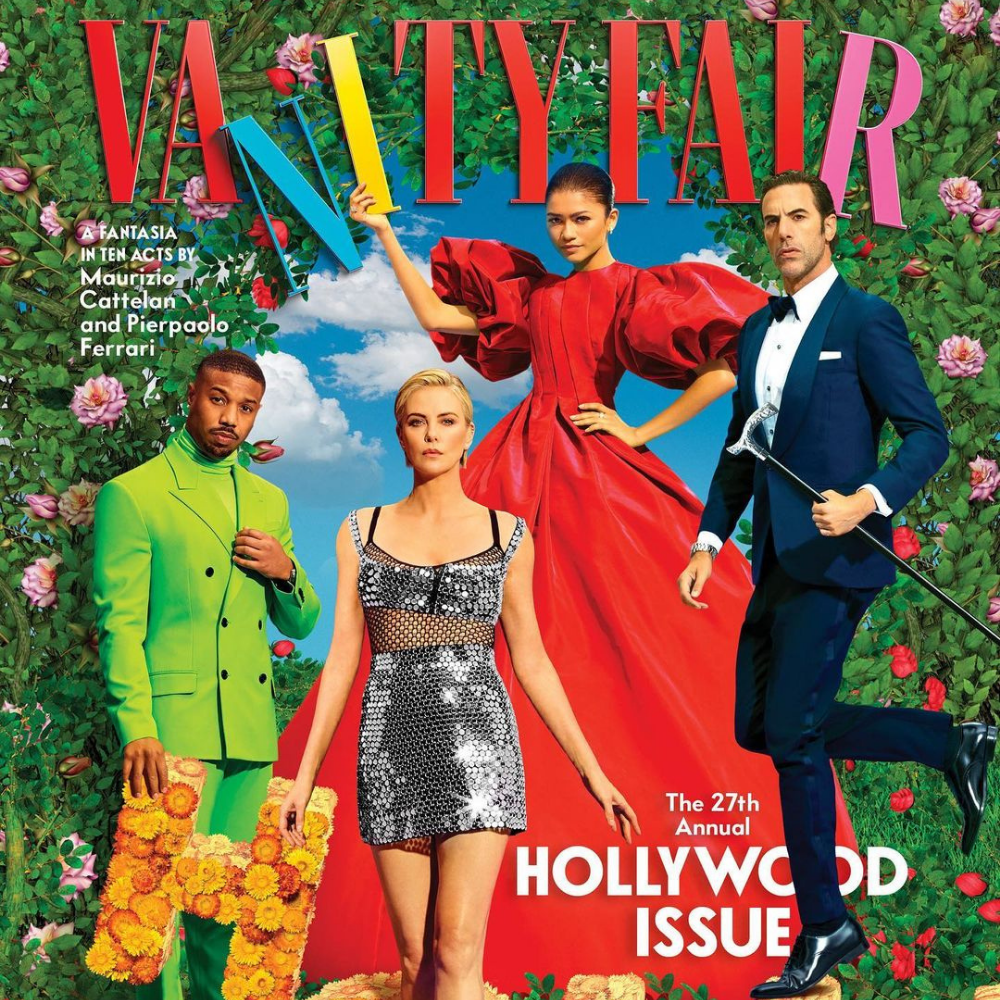 Michael B. Jordan, Zendaya, Michaela Coel and more cover Vanity Fair’s Hollywood issue, Falz goes Bald, Tiger Woods involved in an accident. Stay in the know with our Rave News Digest which summarizes five of the hottest global news you need to catch up on, saving you time and energy. Consider it your daily news fix.

The 27th annual Hollywood issue of Vanity Fair was released on Tuesday morning and it offered a wide array of talents: new heartthrob Michael B Jordan, Michaela Coel as well as Zendaya and Awkwafina for one of their most diverse covers ever.

Artists Maurizio Cattelan and Pierpaolo Ferrari directed 10 photo shoots across four continents. This shoot was made possible with the use of  ‘modern techniques’ that allowed Vanity Fair to minimize on-set personnel and maximize COVID-19 protocol.

Nigerian singer, Folarin Falana aka Falz, who recently went bald for the first time in his life, has averred that his head deserves a Headies award. The “Squander” hitmaker took to his Instagram page to share a photo of himself speaking at the 14th Headies awards ceremony after he received his award.

The singer emerged winner of the “Best Rap Single” award category with his “Bop Daddy” hit track, which featured British rapper, Ms. Banks. The song became more popular during the COVID-19 lockdown period in 2020 as it was used in a viral transformation challenge on TikTok. He shared the photo alongside a humourous caption in Yoruba (An indigenous Nigerian language), “Head yii deserve Headie.” This simply means, “This head deserves a Headies award).

Def Jam-signed rapper and producer Nasty C is releasing his seven-part podcast series this week. This comes shortly after the release of his third studio album, “Zulu Man With Some Power.” The podcast, which is also named after the album, features producers Troy Taylor, J-Kits, Beat Butcha and Gemini Major. The series also plays host to featured artists Rowlene and Tellaman.

Ghana, on Thursday morning took delivery of 600,000 doses of the AstraZeneca COVID-19 vaccine made by the Serum Institute of India (Covishield). The 600,000 doses is the first consignment of vaccines acquired through the COVID-19 Vaccine Global Access Facility (COVAX) which Ghana, among 92 countries, has signed on to.

The vaccines which arrived at the Kotoka International Airport on an Emirates Airlines cargo, EK787, was received by a delegation led by the Minister of Health designate, Mr. Kwaku Agyeman-Manu. The COVID-19 vaccination which will begin on March 2 will be conducted in phases among segmented populations.

Tiger Woods sustained multiple leg injuries on Tuesday after the luxury S.U.V. he was driving struck the median of a road in Los Angeles County. The vehicle crossed over into the opposite lane of traffic and rolled over several times before coming to a stop in a grassy area several hundred feet from where he had been driving, the authorities reported.

Emergency workers rushed to the scene just after 7 a.m. Pacific time and rushed Woods, 45, to the closest trauma center. After which, the golfer’s manager said he had gone into surgery. The authorities reported that Woods was in a serious but stable condition at Harbor-U.C.L.A. Medical Center, and that his injuries did not appear to be life-threatening.

Daryl L. Osby, the chief of the Los Angeles County Fire Department, said to the media that Woods had “broken bones in both his legs.”