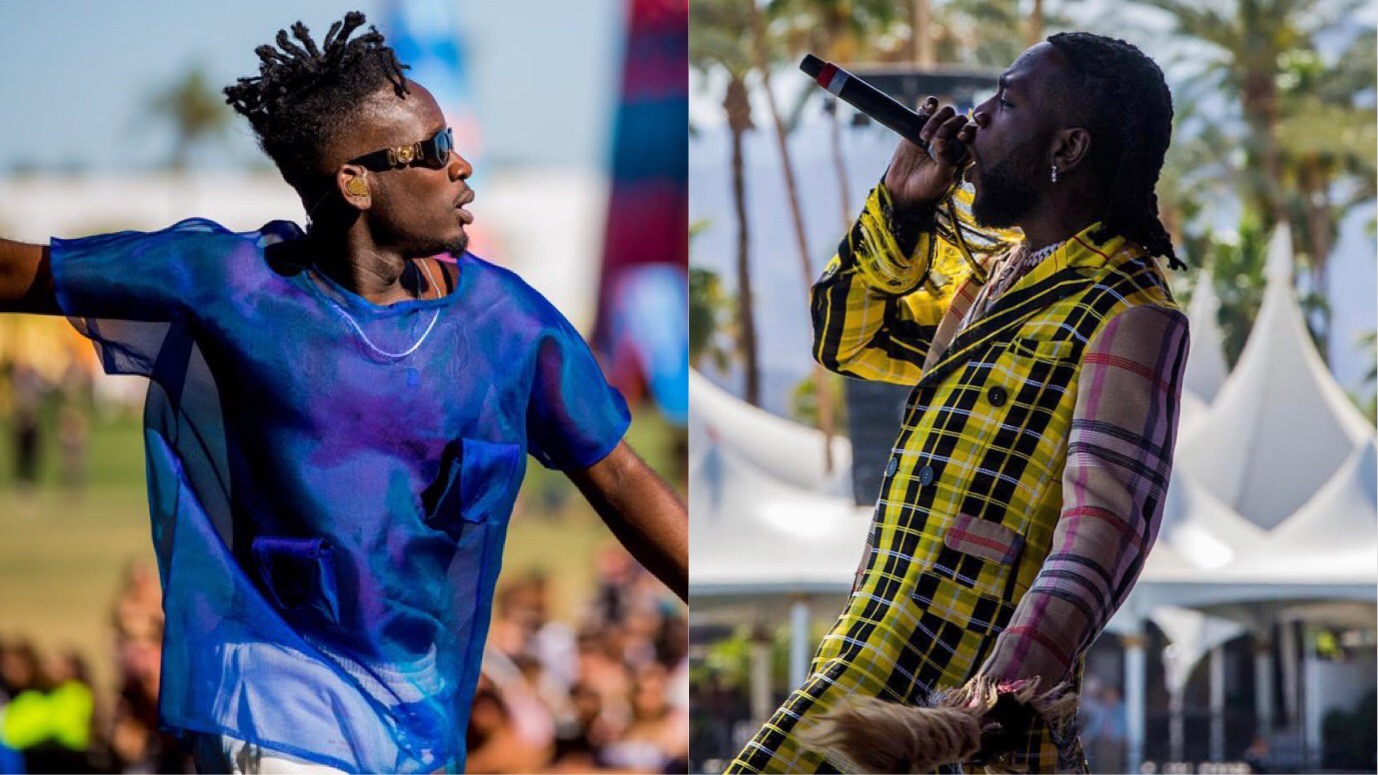 The Coachella Valley Music and Arts Festival is an annual music and arts festival held at the Empire Polo Club in Indio, California. As the biggest and most anticipated music festival in the world, the Nigerian/African internet was very excited when Coachella announced Mr Eazi and Burna Boy as part of the line up at the very prestigious three-day event.

For those who were not able to attend the festival, Coachella made it possible to live stream the shows on their YouTube page as they do yearly. The first leg of the two-weekend event concluded this past weekend and left the attendees and viewers in nostalgia. Mr Eazi’s Coachella performance kicked off at 10 pm on Saturday, April 13. The stage was interestingly set to mimic the cover of his album, Lagos To London. His performance was backed up by an array of beautiful vocalists, talented and energetic dancers and a great band. He performed a number of his hit songs including ‘Skin Tight,‘ ‘Leg Over‘ and ‘London Town.‘

The highlight of his performance came when he performed the hit song ‘Let Me Live‘ which he originally sang with Rudimental, Major Lazer and Annemarie. His performance had the entire crowd jumping. Hands were raised and music heads danced as they sang along. Asides his performance, Mr Eazi’s outfit was very well put together. He wore a blue sheer top and a pair of multi-coloured trousers which went perfectly with the sheer top. His choice of footwear was performance-worthy as his performance had him jumping constantly. He wore a pair of black dad sneakers. His back up singers wore yellow shirts and black bottoms while his dancers wore sequin playsuits, all complementing his own look. Burna Boy had a spectacular performance as well. His performance which started 4:15 pm American time on Sunday, April 14 was full of his ever radiant energy on the Coachella stage as he ‘zanku-ed’ his way through his performance.

He performed a perfect arrangement of smash hits like ‘Ye,’ ‘Dangote,’ ‘Killin them,’ ‘On the low’ and many more while being backed up by a band and dancers dressed in zebra print co-ords. Burna boy’s ensemble for his performance was mind-blowing as he rocked a customizable Kenneth Ize trench coat and a pair of matching pants. The trench coat and pants had fringes which made them even more daring. He complimented the outfit with a pair of white shoes.

Both Mr Eazi and Burna Boy represented Africa greatly with their performances. Both have been YouTube spotlight artistes before Coachella and we hope this further shoots their careers forward.

Check out bits of their performances below…