When Essence Magazine said good things comes in threes, we did not doubt. For their July/August issue, the magazine features three powerful women: Iman, Teyana Taylor and Ciara on the cover.

These multi-talented ladies have been carving their own paths since they came into the limelight and now they (Iman, Teyana Taylor and Ciara) were willing to talk about their journey so far. 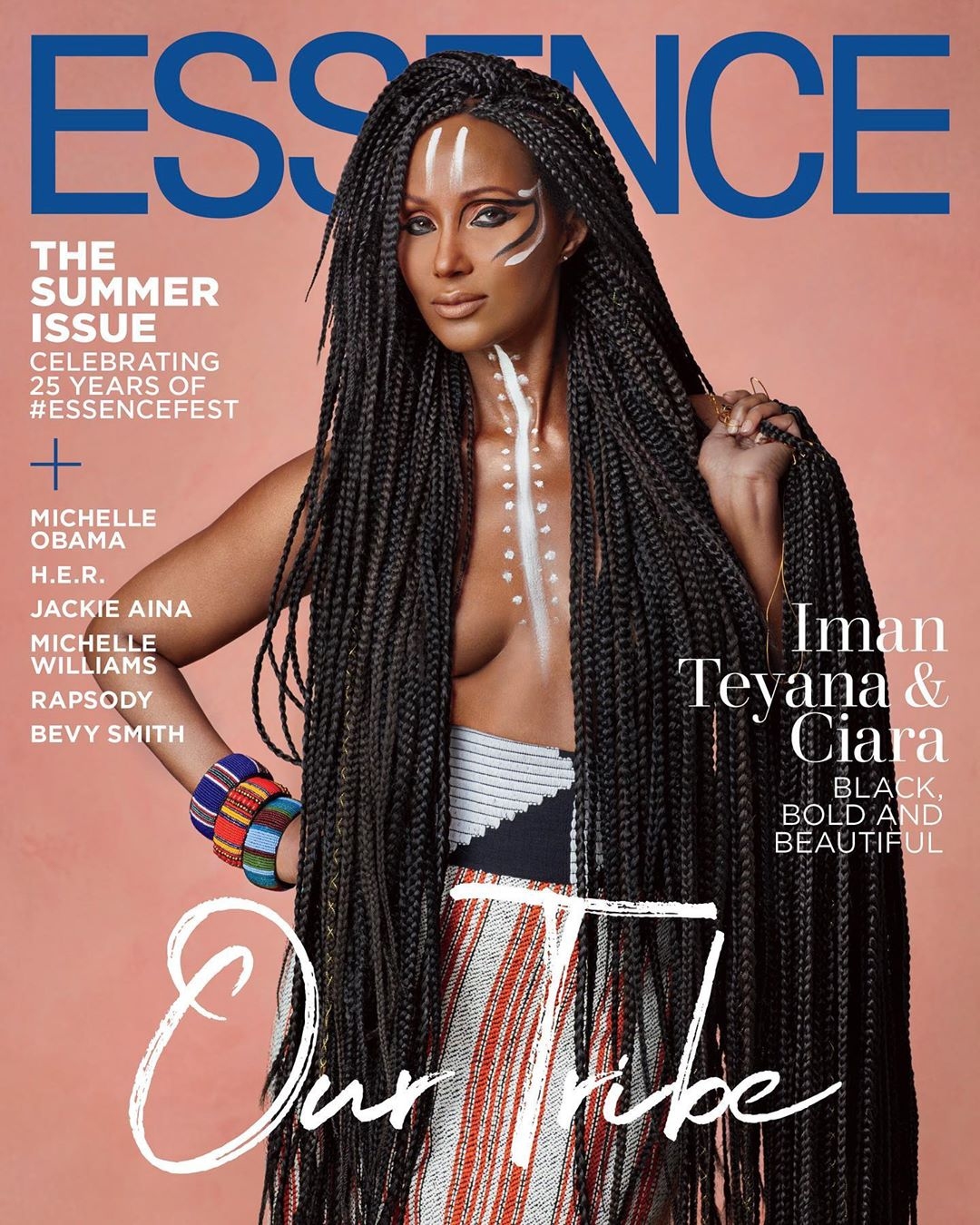 63 year old Zara Mohamed Abdulmajid, popularly known as Iman – a name her grandfather insisted she bore – is a Somali-American supermodel, actress and entrepreneur. 25 years after the launch of her eponymous beauty line, Iman cosmetics which is one of the pioneer inclusive beauty lines, Iman talks about her late husband – the legendary artist – David Bowie cheering her on, pushing her to do better, making her laugh while being curious about life.

According to her, “He literally did not understand fear. He was in my corner cheering me on every step of the way. If it wasn’t for him, I would never have done it. I miss his sense of humour the most – he made me laugh every day. He was a very curious person, so he made all of us very curious about everything in life.” 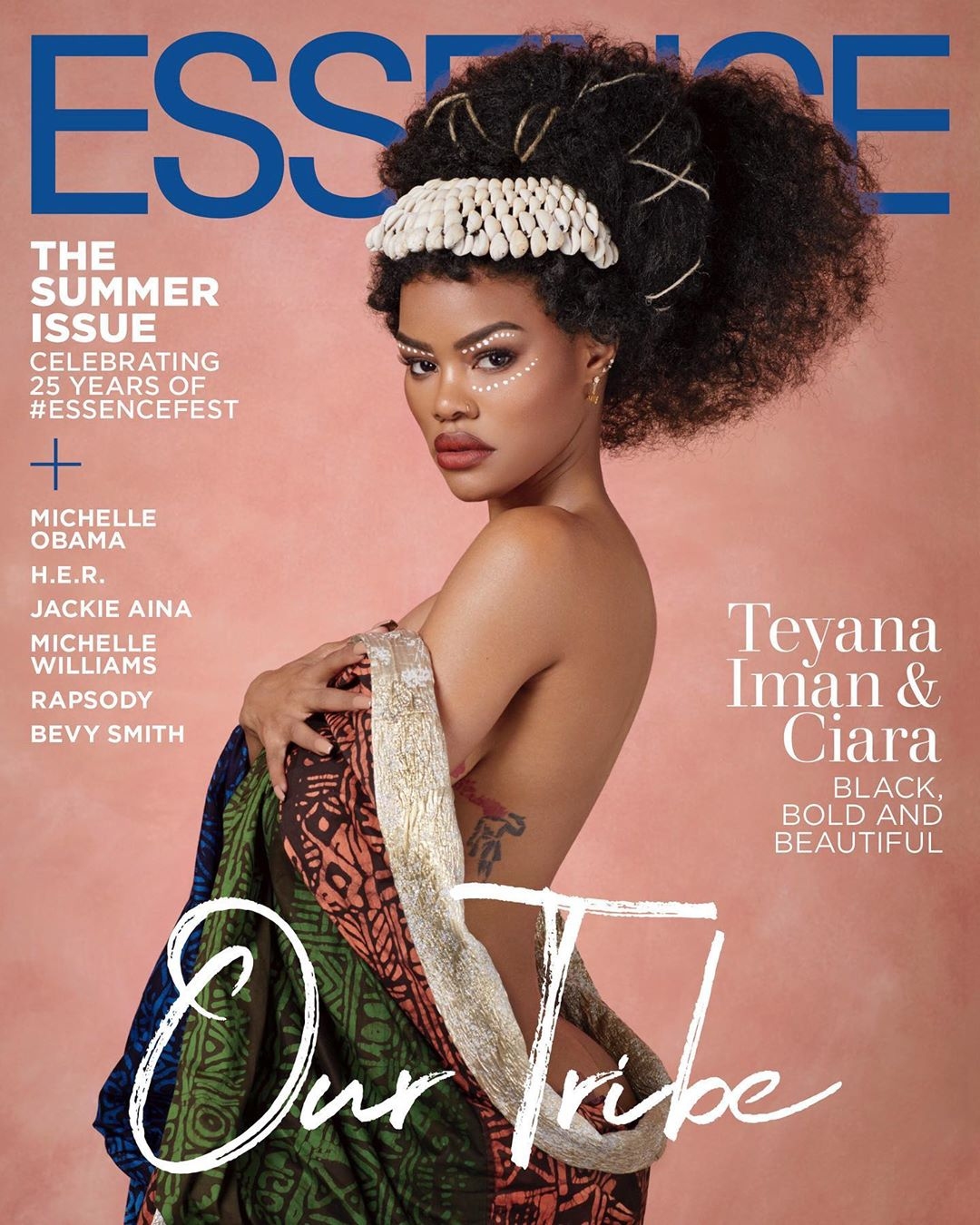 28 year old Teyana Me Shay Jacqueli Taylor is an American singer, actress, dancer and model from Harlem, New York City of Afro-Trinidadian descent. Teyana has been in the industry since 2005 when she signed a record deal with Pharrell Williams, before making her first national appearance on MTV’s My Super Sweet 16. She then moved on to Kanye West’s GOOD Music label through Def Jam.

As a songwriter, Taylor has worked with and written records for artists such as Usher, Chris Brown and Omarion. She has always been about business but after the birth of her daughter, Iman Tayla Shumpert Jr., affectionately known as Junie, her grind has been different.

According to her, “Being a mom makes you move differently, think differently and speak differently. Once I had Junie, I realized I was living for so much more. I’m just teaching her early: ‘You are beautiful, you are smart, you are magic.’ ” Teyana also talks about her relationship with her husband and how she doesn’t want to be anybody’s #RelationshipGoals. 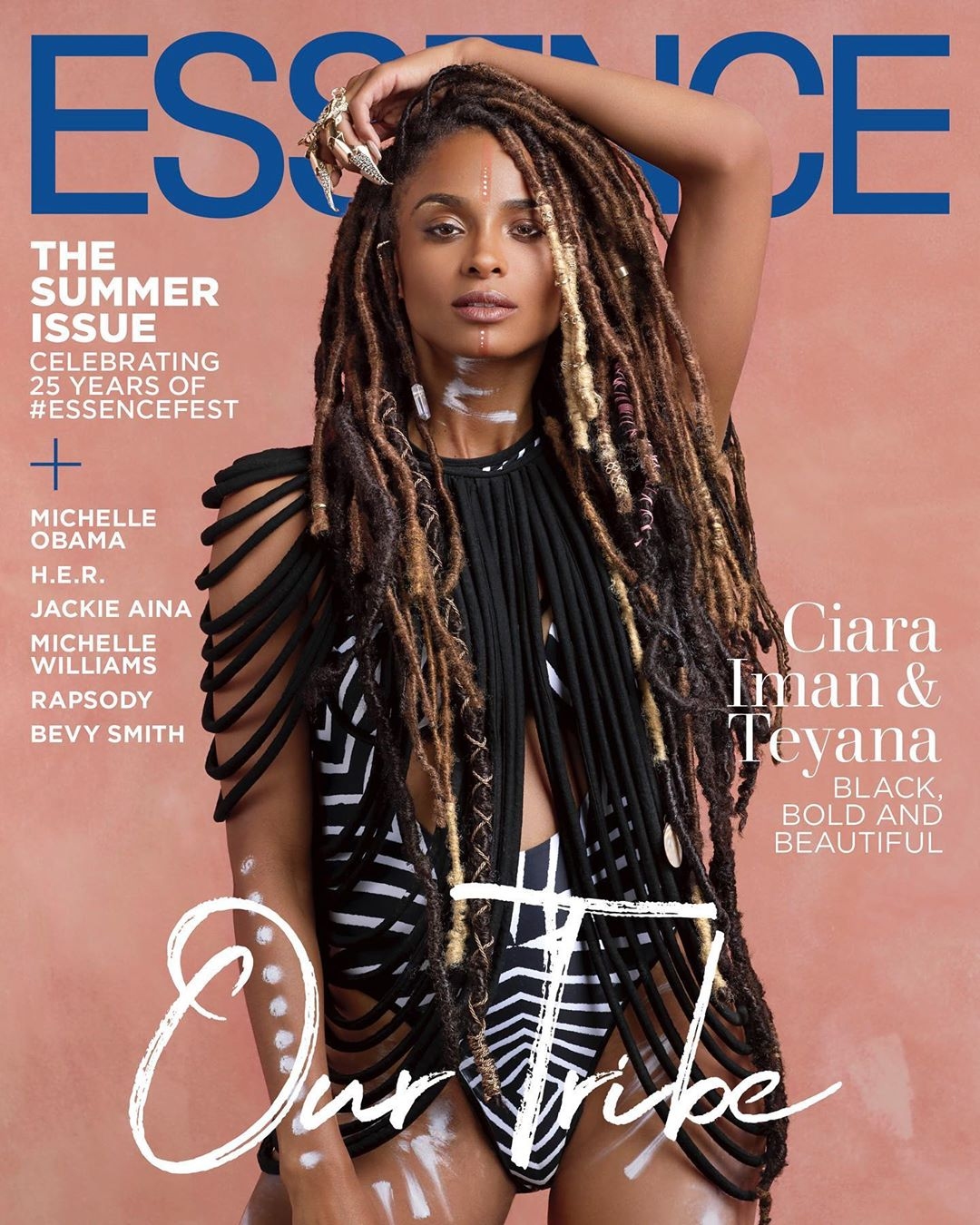 33 year old American singer, songwriter, dancer, model and Grammy winner, Ciara Princess Harris has come a long way from her debut studio album, Goodies, in 2004. The mum of two who is married to Russell Wilson is an ardent believer that the prayerful survive.

According to Ciara, “My faith has carried me through every challenge and triumph. When I was younger and wanting things to happen when I wanted them to happen, I could never have imagined that 15 years later I’d be having the time of my life.”

When asked what her next steps were, Ciara responded by saying, “I’m trying to keep getting better, make health-conscious decisions and be the best mom and wife I can be. No matter how much success you have, I believe there’s always an opportunity to grow and learn something new. And I’m keeping my sexy up too.”