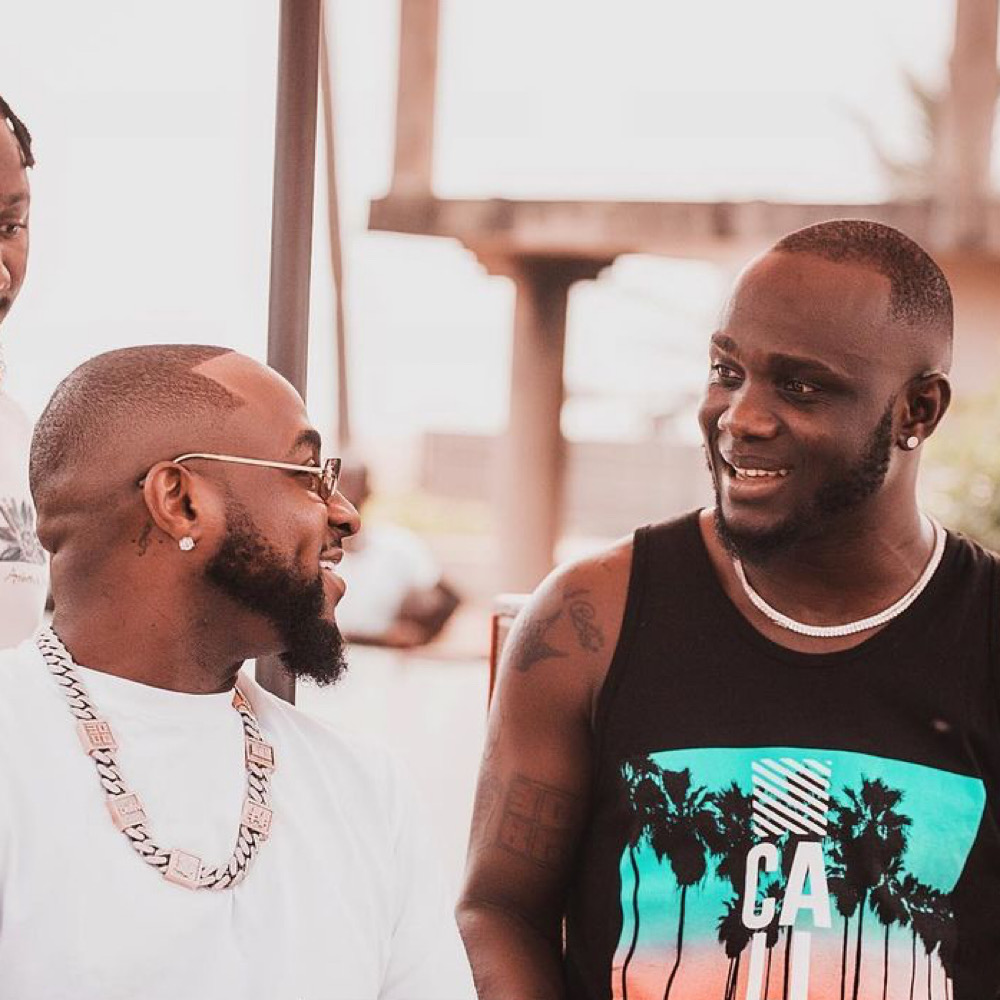 Davido breaks silence on Obama DMW’s death, Sha’Carri Richardson will miss the Olympics, Sergio Ramos signs to PSG. Stay in the know with our Rave News Digest which summarizes five of the hottest global news you need to catch up on, saving you time and energy. Consider it your daily news fix.

Nigerian afrobeats singer, Davido has finally broken his silence over the death of his close friend and associate, Obama DMW. 44, as Davido fondly called him reportedly died of suspected heart failure at a hospital in Lekki, Lagos state on Tuesday, June 29.

In a lengthy post shared on his Instagram page, the music star expressed his sadness over the demise of one of his friend:

“I am hurt, broken, sad, and lost. For the first time in my life, I am EXTREMELY confused. The pain is one I cannot explain. 44 was more than an elder brother to me, he was a protector. He was someone that literally just always made me smile…” Davido wrote.

Obama DMW is the second close associate of Davido who has died in the past year. In December 2020, Davido’s bodyguard Tijani Olamilekan aka TeeJay died after a battle with an illness.

Our condolences to the deceased’s family and friends.

2. Sha’Carri Richardson will miss the Olympics after not being selected for the U.S. relay team

Breaking News: Sha’Carri Richardson will miss the Tokyo Olympics entirely after officials decided not to include her on a U.S. relay team. She previously lost her spot in the women’s 100 meters after failing a drug test for marijuana. https://t.co/IDLWDkcDgP

American sprinter, Sha’Carri Richardson will miss the entire Tokyo Olympics after not being chosen for the U.S. relay team but will make her return for the World Games in 2022. This past week, the 21-year-old was the topic of conversation everywhere due to her suspension over a failed drug test for marijuana.

BREAKING NEWS: Former President Jacob Zuma will spend his first night behind bars in a democratic South Africa. He's handing himself over to a correctional services facility. #JacobZuma #ZumaArrest #eNCA

Former South African president, Jacob Zuma turned himself in to the police on Wednesday, July 7, to begin 15 months in jail for contempt of court. This is the culmination of a long legal drama and has been seen as a test of the country’s ability to enforce the rule of law.

Police spokesperson, Lirandzu Themba confirmed in a statement that Zuma, who was president from 2009 – 2018, was in police custody, in compliance with last week’s Constitutional Court ruling.

The court sentenced Zuma to 15 months in prison for defying an order in February to give evidence at an inquiry examining corruption during the nine years that he was president. The inquiry is led by Deputy Chief Justice Raymond Zondo. The former president maintains that he is the victim of a political witchhunt and that Zondo is biased against him. Davido Obama

4. Another huge diamond found in Botswana – bigger than the last

I am pleased that in the diamond narrative being developed, young people are finally becoming part of the story!

Today during the @LucaraDiamond presentation of the 1.174-carat diamond, I made an announcement that HB Antwerp has offered to house in 🇧🇪Belgium, pic.twitter.com/zcaPwQQJgT

A mining company in Botswana has announced the unearthing of a 1,174-carat diamond. It’s the second unveiling of a huge diamond discovery in the country in a month. The latest diamond was discovered on June 12 by Canadian diamond firm, Lucara and presented to the Batswana in the capital, Gaborone, on Wednesday. The company’s managing director Naseem Lahri told the media that this was the world’s third-largest diamond.

Last month, a diamond believed at the time to be the third largest – weighing 1,098 carats – was shown to President Mokgweetsi Masisi after the diamond firm, Debswana, unearthed it on June 1.

Paris St-Germain have signed Sergio Ramos on a two-year deal following the defender’s departure from Real Madrid. Ramos, 35, left Madrid after 16 years when his contract expired at the end of June. Spain’s most-capped player won five La Liga titles and four Champions League medals with Real. “I am very happy to join Paris St-Germain,” Ramos said. “This is a big change in my life, a new challenge and it’s a day I will never forget.”

PSG chairman and chief executive Nasser Al-Khelaifi said: “Paris welcomes one of the greatest players of our era.” Ramos is PSG’s third signing of the summer, after the arrival of Morocco defender Achraf Hakimi from Inter Milan and Georginio Wijnaldum.