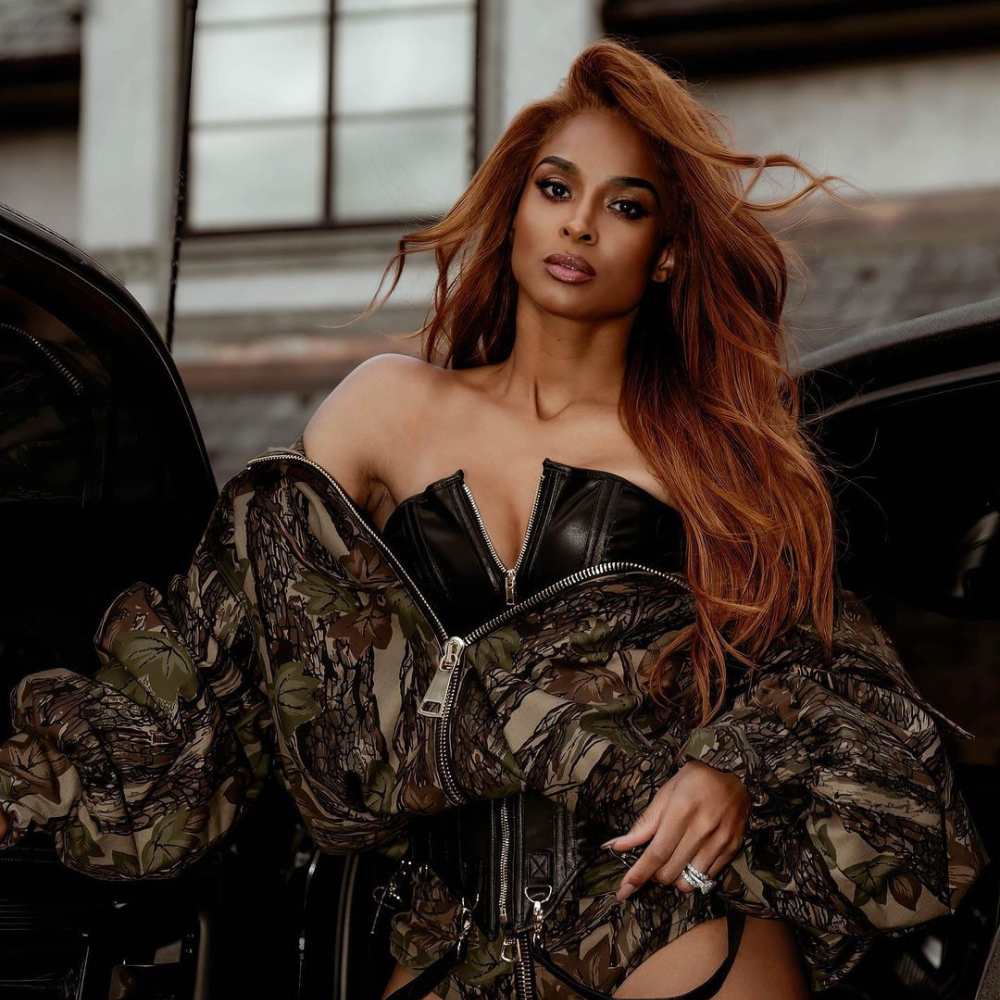 Ciara to co-host Dick Clark’s New Year’s Rockin Eve, Rema’s ‘Calm Down’ sells one million units in the US, Alphonso Davies’ transfer plan. Stay in the know with our Rave News Digest which summarizes five of the hottest global news you need to catch up on, saving you time and energy. Consider it your daily news fix.

Ciara will hit the stage and serve as a co-host for Dick Clark’s New Year’s Rockin’ Eve With Ryan Seacrest. The singer, dancer, and fashion guru showed us how she’s gearing up for the NYE celebration with an Instagram post. Dressed in a metallic silver dress with a thigh-high slip and silver Mickey Mouse ears, the mother-of-three sauntered toward the camera. The post read, “Winning energy rolling in the New Year Babyyyyy!🤘🏽We turning up the stage and ya girls co-hosting @RockinEve at @DisneyLand Tune-In!!! Let’s go!”

The New Year’s eve show is known for having amazing performances, and this year won’t be any different. Not only will Ciara be a co-host alongside Ryan Seacrest, but she will also hit the stage along with Halle Bailey, and more.

2. Rema’s ‘Calm Down’ sells a million units in the US

.@heisrema and @selenagomez's "Calm Down" has now sold over 1 million units in the US (combined versions).

Nigerian superstar Rema has recorded another feat as his hit single “Calm Down” records over a million in sales in the US. In a report tweeted by reputable chart news platform Chart Data, Rema’s “Calm Down” has sold over a million copies in the US. The post revealed that when the original version and the remix are combined, both versions have crossed $1 million in sales, which is an impressive feat for the budding superstar.

Since its release in March 2022 as the lead single to Rema’s debut album, “Rave & Roses,” Calm Down has enjoyed a massive run. The single would later get a Selena Gomez remix, which earned Rema his first Billboard Hot 100 entry. Both versions of “Calm Down” have also crossed one billion streams across all platforms, which is another testament to its success.

After giving fans a peek at his newborn daughter in a Combs’ holiday photo, Sean “Diddy” Combs has shared the first official photo of his newborn, Love Sean Combs. “Baby Love ?,” the “Gotta Move On” artist captioned the snap of his youngest child on Instagram, Tuesday afternoon. The photo shows the infant strapped into a car seat with a white and pink blanket placed across her lap.

Diddy announced the arrival of Baby Love in mid-December on Twitter. According to reports, sources close to Diddy’s camp revealed that the baby girl was born in October in California. Her mother, 28-year-old cyber security specialist Dana Tran, is also a California native.

Police in Ghana has warned faith leaders against making traditional New Year prophecies, which can cause fear, anxiety, or even death. The right to freedom of worship must not violate the rights of others, the police said in a statement. Critics say the order violates the constitutional right to freedom of religion and is therefore illegal.

Millions of Christians often gather in churches to hear their pastors make proclamations about the new year. The messages often range from optimistic projections to warnings of impending doom. The police order came into force last year after the public was inundated with predictions of deaths and calamities, reports say. In a statement, the police commended religious groups for their “cooperation” and for “adopting legally acceptable means for communicating prophecies.”

Real Madrid is reportedly mapping out a transfer plan to land Bayern Munich left-back Alphonso Davies in the summer of 2024. It was reported that Real Madrid has turned their attention to Davies after wrapping up a deal for Palmeiras wonder-kid Endrick, who will move to the Santiago Bernabeu when he turns 18 in July 2023. The Blancos want to bring in Davies in the same window, at which point he will only have 12 months left on his current contract at Bayern.

Already an established name and Champions League regular with Bayern, it was Davies’ performances at Qatar 2022 that really caught Real’s eye. At just 22, he was Canada’s talisman at their first World Cup appearance since 1986. Canada failed to reach the knockout phase but Madrid was reportedly impressed by how well Davies performed in a team lacking superstar names across the pitch.

While the Liga champions hope to sign Davies in 18 months’ time, Borussia Dortmund’s Jude Bellingham is set to be their main target this summer, while Manchester City striker Erling Haaland is another option for 2024.