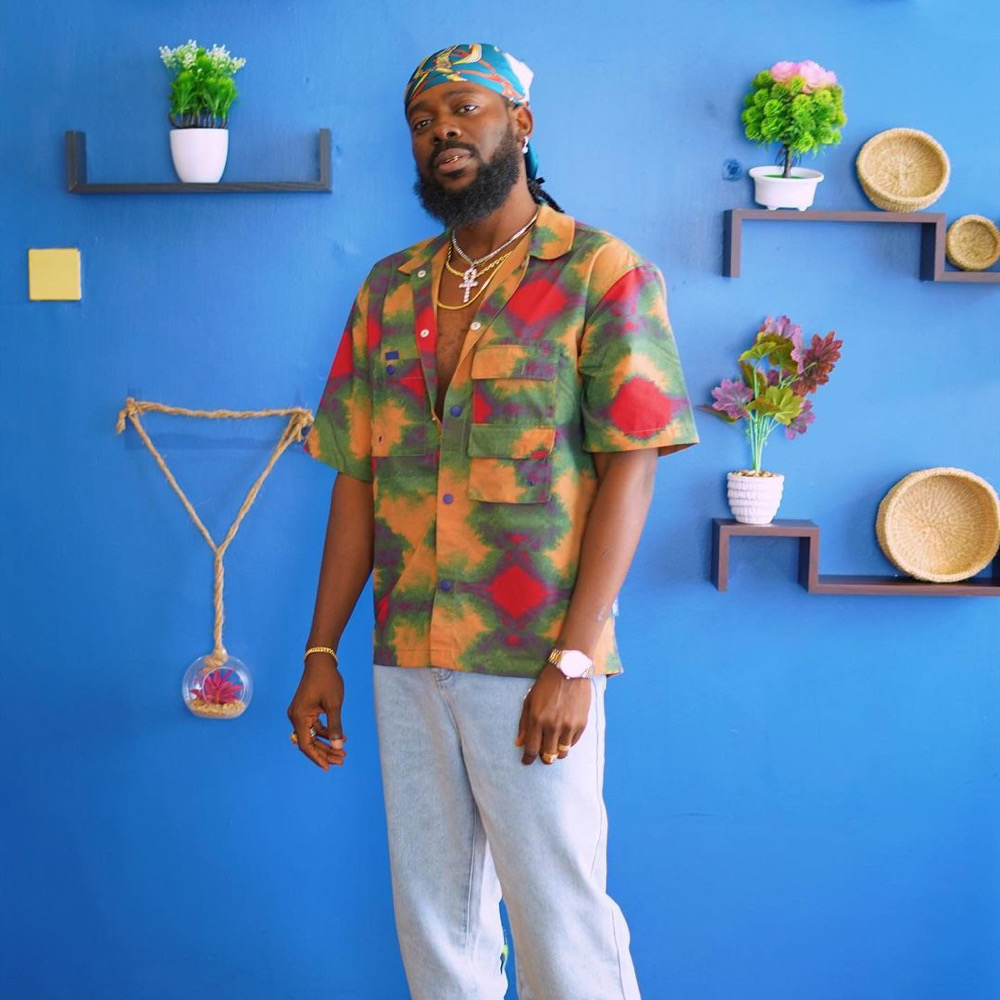 Adekunle Gold announces fourth studio album, Rihanna honored in Barbados, Messi wins seventh Ballon D’or. Stay in the know with our Rave News Digest which summarizes five of the hottest global news you need to catch up on, saving you time and energy. Consider it your daily news fix.

Other winners at the awards are Aya Nakamura, who was Artist of The Year in France, Olivia Rodrigo won three awards: Breakthrough Artist of the Year, Album of the Year (“SOUR”), and Song of the Year (“drivers license”), and multi-instrumentalist H.E.R. was awarded Songwriter of the Year.

1. Nigeria: Adekunle Gold announces fourth studio album, ‘Catch Me If You Can’

Following a stellar year, which has seen three singles, “It Is What It Is,” “High” and “Sinner,” Nigerian star, Adekunle Gold announces his fourth studio album, “Catch Me If You Can,” which is set to be released on February 4, 2022.

Initially, the album was to be released in the final week of October 2021, till Gold postponed the release for tactical reasons. The album will be a follow-up to the Headies-nominated “Afro Pop Vol. 1.” The album is released under Platoon and is now available for pre-order.

Barbados has honoured music star, Rihanna, with the prestigious National Hero of Barbados award. The award-winning music star was presented with the honor by the president of Barbados, Dame Sandra Mason. While presenting the award to the music star, the president showered accolades on her for all her achievements.

Rihanna is the 11th National Hero of Barbados. She is the second woman to ever receive the honor. The honour comes on the heels of Barbados declaring itself the world’s newest republic, as it removed Queen Elizabeth II as head of state.

Congratulations to @ThusoMbedu for her #GothamAwards win for Outstanding Performance in a New Series! pic.twitter.com/YRdfzaktdU

Held at Cipriani Wall Street in New York City on Tuesday, the 31st annual Gotham Awards honors independent films and is seen as a key indicator for indie movies who are looking towards getting into the Oscars race. “The Underground Railroad” star Thuso Mbedu tied for the Outstanding Performance in a New Series category with Ethan Hawke in “The Good Lord Bird”.

The Amazon Prime Video series took to their Twitter account to congratulate the South African actress on her big achievement.

not sure anyone has heard but,

Twitter CEO, Jack Dorsey has stepped down as head of the social media platform he co-founded a decade and a half ago, the company announced Monday. Parag Agrawal, a board member and former Chief Technology Officer, was appointed CEO effective immediately, and Dorsey will remain a member of the board until his term expires at next year’s stockholders’ meeting, the company said.

Dorsey warned of the potential pitfalls when a company founder stays on for too long. Dorsey remains CEO of Square, his digital payments company. He is the only person to be CEO of two public companies with market valuations of greater than $5 billion.

HERE IS THE WINNER!

Paris St-Germain and Argentina forward Lionel Messi won the Ballon d’Or — awarded to the best footballer of the year — for a record seventh time. Messi, 34, helped his country win the Copa America, his first international honour, and has scored 40 goals in 2021 — 28 for Barcelona, four for Paris St-Germain and eight for Argentina.

Bayern Munich and Poland striker Robert Lewandowski came second, Chelsea and Italy midfielder Jorginho was third and Real Madrid’s French striker Karim Benzema finished fourth. Messi had already won the trophy more times than any other player and his seventh success comes after wins in 2009, 2010, 2011, 2012, 2015 and 2019.