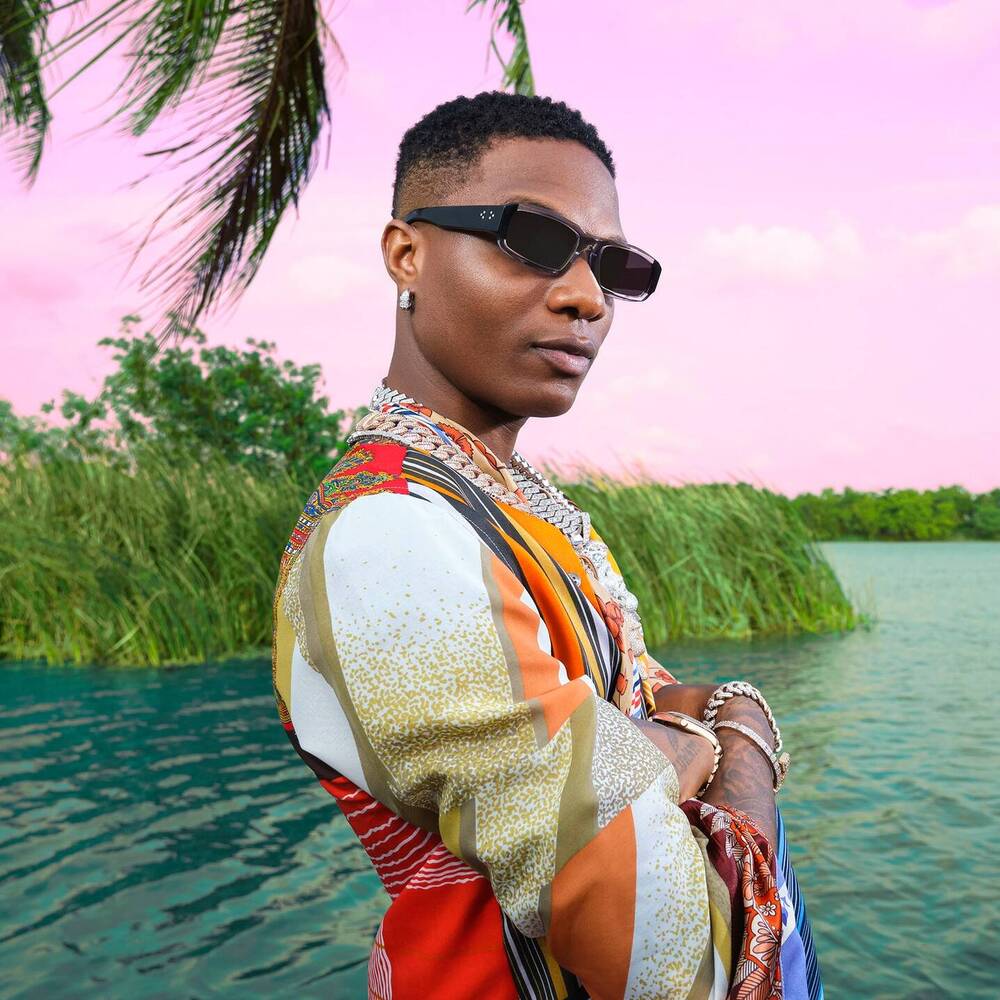 American men’s publication, GQ Magazine, has honored Wizkid with an interview on their digital platform and referred to him as the King of Afropop. “He’s the guy Drake and Beyoncé call up whenever they need a continent-spanning smash hit—and now, Lagos’s own Wizkid is taking over speakers everywhere with the sounds of home,” writes Edwin Stats Houghton.

Announcing the interview with Wizkid on Instagram, GQ Magazine recognized Wizkid as the King of Afropop who is taking over speakers and New York City clubs with the sounds of Nigeria. The photographs for the magazine were all taken in Accra, Ghana by Prince Gyasi and he was styled by Karen Binns.

During the interview, Wizkid revealed details as to his sudden move to Accra and what he was up to while the pandemic hit the world. He shared that he had been spending most of his time in Accra, Ghana with his three-year-old son, Zion because of the pandemic restrictions. “I was in Ghana for a two-week holiday and now I’ve been here for six months,” Wizkid says. “So I’m just here working, making music, spending time with my family and son. Just taking each day as it comes.”

In the interview with GQ Magazine, Wizkid also spilled the tea on his next album, working with Tems and more.

#1. On the possibility of a new album

The star boy revealed that he is working a new album. It is uncertain when that next album would drop as he says that he isn’t in a hurry. “I am working on a new album, but I never like to be, like, in a rush… Sometimes it takes me a year, two years, to make an album. I always record in terms of albums, not just songs. I like to make music that way, because it gives you a sense of direction.”

Pressed on what that direction might be, he simply states, “Well, in the next album, I’m just trying to enjoy myself with the music now, because of the reception from the fans for my last album. I just keep evolving with the sound.”

#2. On his collaboration with Tems

Wizkid was asked what he saw in a “relatively newcomer” like Tems that made him collaborate with her. This question seemed to excite him as he answered explaining that working with Tems was effortless.

“You know, I’ve known Tems… I can’t even actually remember how we met, but I know I brought her out for one of my shows in Lagos. We had talked about working and I went back home to record. When I record at home, it’s like I have a crazy situation. I’ll be in a room with like 8, 10 producers, everyone’s got their rooms and we’re just making music. She came through to the hotel and we laid down the idea. It was just effortless. Just lay down the melodies, and she didn’t even think anything of it. She felt like we had to do another record, but I already knew we had magic.”

#3. On why he likes collaborating with upcoming artists

Wizkid is know for collaborating with new and talented artists so as to give them momentum. He explains that he loves “meeting new artists.” Wizkid has also featured Buju in the deluxe version of his Made In Lagos album. He was also seen working with Bella Shmurda in the studio. He also has budding artists signed to his Starboy label.