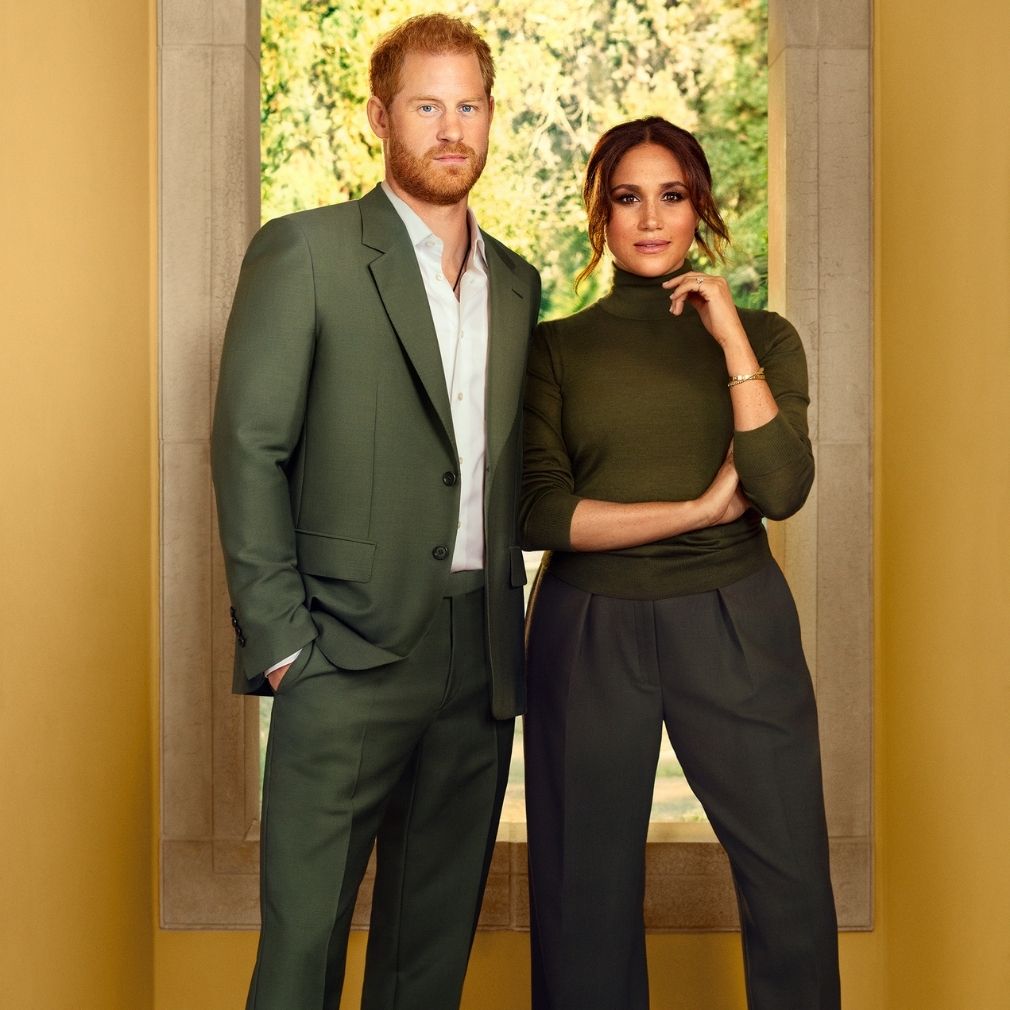 The time for this year’s highly anticipated TIME100 Next list for 2021 has arrived. On Wednesday, September 15, the magazine unveiled its annual list of the 100 most influential people of the year 2021. For 2021, Prince Harry and Meghan Markle were at the top of the list.

The TIME100 Next list of influential people also honored Nigeria’s Ngozi Okonjo-Iweala, who became the first woman and first African to lead the WTO in March. Alongside her were other leaders like Joe Biden, president of the United States of America; Kamala Harris, US vice-president; Xi Jinping, president of China, and more.

Two-time TIME100 honoree, chef, and humanitarian, José Andrés writes his tribute to Prince Harry and Meghan Markle, The Duke and Duchess of Sussex. According to Time, their actions this year prompted deep re-appraisals of British society and the monarchy’s place within it. They catalyzed essential conversations on topics from mental health to misinformation.

Simone Biles was especially deserving of a cover, considering her brave acts of self-preservation at this year’s Tokyo Olympics — setting a new precedent for athletes and Black women across the globe.

Topping the “Titans” section of the spread, fellow athlete Serena Williams contributed the feature on Biles. Serena wrote, “she truly reflects the endless potential of Black women, and is a shining example of what success looks like when you let go of what the world thinks and gather your strength from yourself… from your soul.”

Speaking on Okonjo-Iweala’s efforts, Prince Harry and Meghan Markle, the Duke and Duchess of Sussex, wrote her tribute and said the former Nigerian minister of finance “knows how to get things done,” and praised her work at the helm of affairs at WTO. “Our conversations with her have been as informative as they are energizing. This is partly because, despite the challenges, she knows how to get things done—even between those who don’t always agree—and does so with grace and a smile that warms the coldest of rooms.”

“As the first African and first woman to lead the World Trade Organization, a 164-member group of nations that oversees trade across the world, Okonjo-Iweala took on the role of director-general this March at a watershed moment for our global health and well-being. Make no mistake; her job affects every person, family, and community. As we face a constant barrage of vaccine misinformation, bureaucratic slowdowns across both government and industry, and the rise of variants that underscore the urgency of the situation, Okonjo-Iweala has shown us that to end the pandemic; we must work together to equip every nation with equitable vaccine access. The fragility of our world right now cannot be overstated. Just over a quarter of the nearly 8 billion global population is fully vaccinated. Achieving vaccine equity is a global duty of compassion for one another. Our hope is that guided by strong leaders like Ngozi, and we can get there soon.” The couple further stated.

According to British actor and filmaker, Kenneth Branagh, “I first auditioned Kate Winslet when she was 17. I thought she was 25. Such was her self-possession, presence, and concentration in the room. When she walked out the door, I turned to the casting director and said with certainty; we have just met a star. Three years later, I cast her as Ophelia in a film of Shakespeare’s “Hamlet.” I did not ask her to audition. She brought a detective energy to rehearsals. She listened with superhuman acuity and expressed character with effortless depth. She connected with Shakespeare entirely naturally.”

“In HBO’s “Mare of Easttown,” those same qualities are radiant, having now evolved into a truly awesome acting technique. Only now, hers is the art that entirely hides the artist. Kate Winslet disappears, and Mare emerges complete, without vanity or artifice. It’s magnificent to watch. I still see her as 25, but now as a master of her art.” Branagh added

Billie Eilish is recognized in the “Pioneers” category. Her entry is accompanied by a piece written by rapper Megan Thee Stallion, who shares that she found a “kindred spirit” in the “bad guy” star when they met at the Grammys this year.

“She is a rare spirit who speaks from her heart with no pretenses. I knew I had found a kindred spirit that night. One who is strong but still learning and still growing. A woman who stands up for herself and advocates for women everywhere.” Megan Thee Stallion wrote.

Written by American comedian, Ali Wong, “When I read Cathy Park Hong’s “Minor Feelings: An Asian American Reckoning,” it felt like I was being shaken awake to something I had convinced myself wasn’t real. The subtle ways Asian Americans are dismissed; how Asian American women feel the need to apologize when taking up any sort of space. I was also floored by how she described the ripple effect of the “Chinese Exclusion Act.” How that fear of not wanting to stick out has been passed down through generations, and how this survival tactic limits us and can cause self-hate. And at the same time, Cathy shares stories that feel so personal, so fresh, and so specific, nobody else could’ve written them.

I had never read a depiction of three contemporary, young Asian American women that was so complicated, interesting, or full of both love and conflict. Her writing is beautiful, funny, sharp, and most importantly, it’s easy to read. It’s the kind of book you want to dog-ear and underline. Reading it was such a crazy feeling: I felt so seen that I couldn’t believe this book existed. And it’s become even more painfully relevant in a year in which anti-Asian violence, which has always existed in America, has spiked so aggressively, putting our communities on high alert and searching for solidarity. This is the book to read when you ask me, “How can I be an ally?” This is the book to read if you want to educate yourself. This is the book to read if you want to be more in touch with your humanity.

In a tribute written by computer scientist, Andrew Ng, he shared that NVIDIA has enabled a revolution that “allows phones to answer questions out loud, farms to spray weeds but not crops, doctors to predict the properties of new drugs—with more wonders to come. Artificial intelligence is transforming our world. The software that enables computers to do things that once required human perception and judgment depends largely on hardware made possible by Jensen Huang.”

“In 2003, amid great skepticism, Huang directed his company Nvidia to adapt chips designed to paint graphics on computer screens, known as graphics processing units or GPUs, to perform other, more general-purpose computing tasks. The resulting advancements—and powerful chips—laid a foundation that could accommodate much bigger neural networks, the programs behind much of today’s AI.”