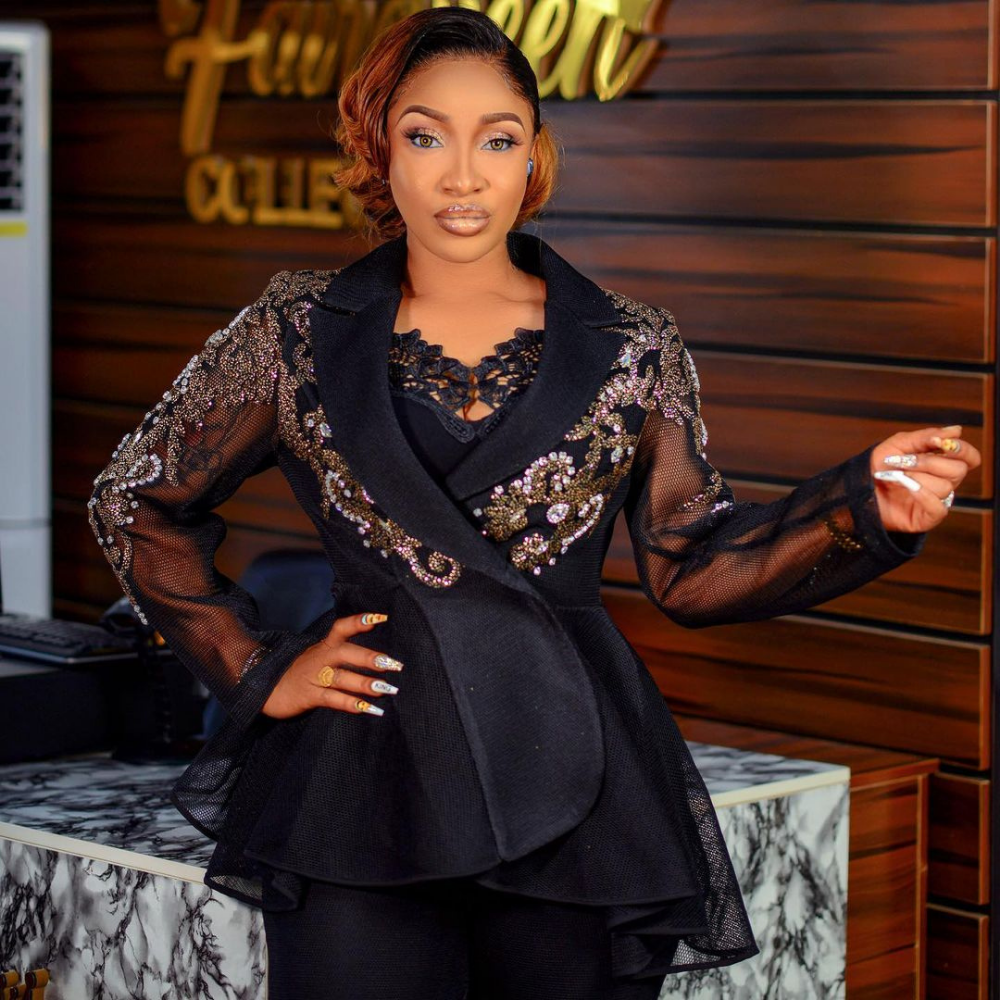 How To Get Deodorant Stains Off Your Clothes

Tonto Dikeh to undergo another surgery, Nicki Minaj and husband sued, Bukayo Saka receives standing ovation. Stay in the know with our Rave News Digest which summarizes five of the hottest global news you need to catch up on, saving you time and energy. Consider it your daily news fix.

Nollywood actress, Tonto Dikeh has revealed that she is waiting to undergo another cosmetic surgery, making it her third session. The movie star made this known on Friday, August 13, via Instagram as she educated fans and critics about cosmetic surgery.

Tonto was one of the first few celebrities to openly talk about cosmetic surgery back in 2017 after her first procedure. The video aired on her now cancelled reality TV show, King Tonto. Since then, some other celebrities have come out to talk about their procedures as well.

2. Nicki Minaj and hubby sued by his alleged rape victim for intimidation

Nicki Minaj and husband, Kenneth Petty are being sued by his alleged rape victim over intimidation and harassment. The lady, Jennifer Hough, was Petty’s victim in his 1995 conviction for attempted rape.

In a new document circulating, Nicki and Kenneth have directly and indirectly harassed Hough and threatened her to not speak about the incident, and she says they’ve inflicted emotional distress upon her as a result.

According to Hough, the couple reached out to her and offered to fly both she and her family to Los Angeles in exchange for recanting her rape claims against Petty, but she refused. After which she was melted with unsolicited phone calls and visits.

Shortly after, Hough claims Nicki had people reach out to her brother and offered a $500k payment in exchange for a statement recanting his sister’s rape allegations. After one more alleged cash bribe offer of $20k and another threat to her safety, Hough stated that she consequently moved from her home in August 2020.

Steve Harvey and wife Marjorie were recently seen wining and dining with some of the biggest names in South African entertainment. Lasizwe, Amanda du Pont and Ntando Kunene are a few of the stars spotted at an exclusive and private dinner hosted in honor of the Hollywood couple.

The couple were welcomed to SA with an intimate party hosted by the Beryl Group, a Pan-African diversified investment company

I’m free!! All charges dropped!
We can retire the #FreeRebecca hashtag.

So immensely grateful to all of you for believing in me and supporting me.
🙏🏽🙏🏽

Cameroonian tech entrepreneur Rebecca Enonchong has been freed after three days in detention. The reasons for her arrest in the country’s economic capital, Douala, on Tuesday are unclear. But her detention prompted her supporters to launch the hashtag #FreeRebecca, which has been trending in the region on Twitter. On Friday afternoon she tweeted: “I’m free!! All charges dropped! We can retire the #FreeRebecca hashtag. So immensely grateful to all of you for believing in me and supporting me.”

Last year, Ms Enonchong was listed by Forbes as one of the 50 most powerful women in Africa. She has been critical of the government’s handling of the crisis in Cameroon’s English-speaking regions.

Bukayo Saka was given a standing ovation by Brentford and Arsenal fans on his first Premier League appearance since the European Championship. Saka, 19, missed the crucial penalty as England lost the Euro 2020 final to Italy in July–and was one of a number of players to receive racist abuse afterwards on social media.

He came on after 59 minutes at the Brentford Community Stadium, with the Gunners losing 1-0. Thousands of fans rose to cheer him. Saka received a similar reaction in a pre-season friendly against Tottenham last weekend.

How To Get Deodorant Stains Off Your Clothes