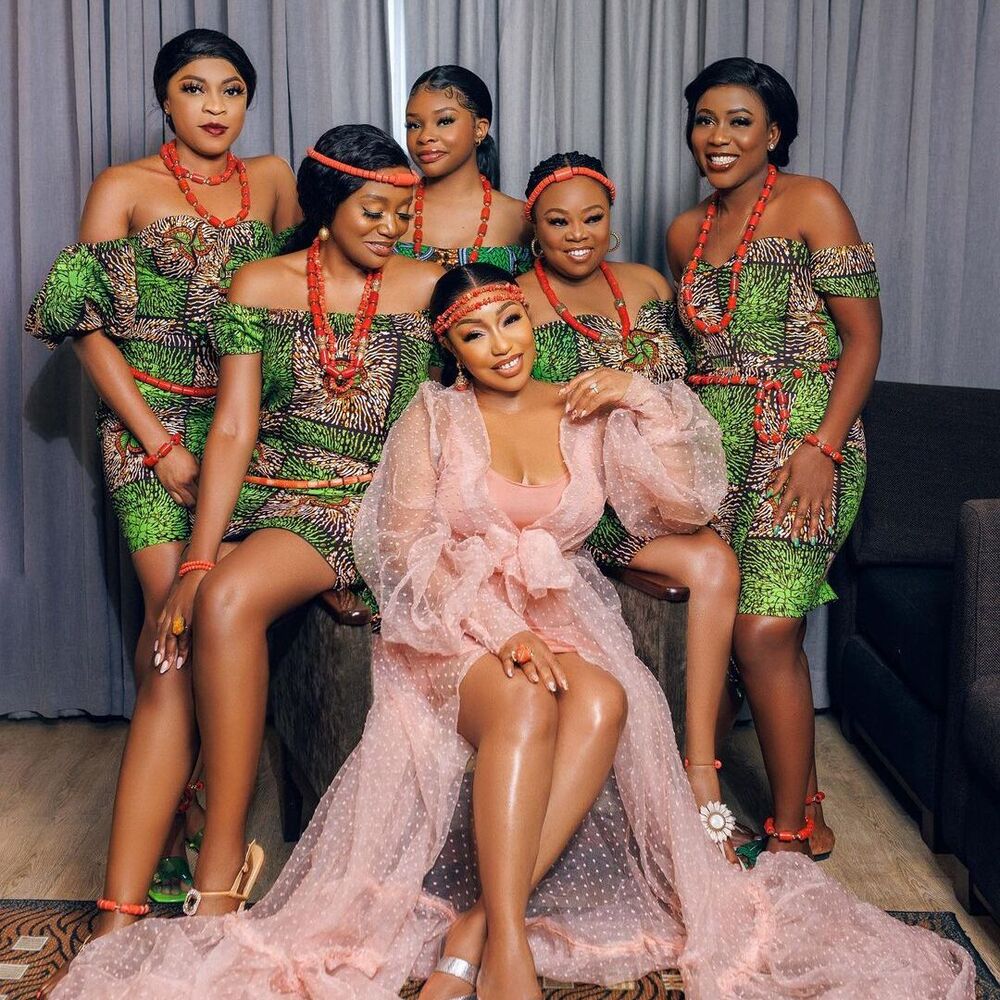 Rita Dominic does traditional wedding, Kendrick Lamar announces new album, Pogba transfer update. Stay in the know with our Rave News Digest which summarizes five of the hottest global news you need to catch up on, saving you time and energy. Consider it your daily news fix.

Nollywood screen goddess Rita Dominic has held her traditional wedding with her hubby Fidelis Anosike. The movie star recently had her bridal shower ahead of the much-talked-about wedding. The traditional wedding took place in Dominic’s home state, Imo, on Tuesday, April 19.

The movie star’s first outfit for the day was one of the symbolic Igbo traditional outfits. The ceremony was attended by friends, colleagues, and well-wishers of the power couple. The movie star and her partner Fidelis Anosike got engaged earlier in April.

Congratulations to the new couple.

The return the world has been waiting for is here. Kendrick Lamar’s label, pgLang, released a statement on Monday via his website, which revealed not only the title of Lamar’s new album, but also shared the release date. The album is called “Mr. Morale & The Big Steppers” and is scheduled to hit the streets on May 13th.

Fans have been anticipating the new album since his latest project “DAMN” and after a five year hiatus, the world is ready to for his new project. Social media has already shared their excitement following the surprise announcement, calling him a “genius” for how he let the world know he’s coming.

Famed fashion designer passed away on Sunday, according to the Kekana family.

International fashion designer Lebogang Quiteria Kekana has died. The 38-year-old designer, who is internationally acclaimed, died on April 17 after losing his battle with cancer. “It is with profound regret and sadness that the Kekana family confirm the untimely passing of international fashion designer, son, father and brother Lebogang Quiteria Kekana, 38, after a short battle with cancer. Quiteria sadly passed away on April 17 2022 at his Melville home.”

Quiteria leaves behind his son, his parents, siblings, family and puppy. His family requested privacy as they process the tragic news and asked for prayers as they prepare to take Quiteria to his final resting place. “We ask that you please keep us in your prayers. The Kekana family is deeply thankful for all the countless personal messages of love and support received thus far. The details of his memorial and funeral will be confirmed in due course.”

Academy award-winning actress and human rights activist Charlize Theron, through her foundation, the Charlize Theron Africa Outreach Project (CTAOP), has embarked on a quest to raise funds for victims of the KwaZulu-Natal floods. Taking to social media on Tuesday, Theron, who is also a UN Messenger of Peace, shared the shocking visuals of the aftermath of the deadly floods. In her post, Theron encouraged her fans and followers from around the world to donate towards the disaster relief to assist the many families who have lost their homes and loved ones to the recent floods.

The “Bombshell” actress explained how potential donors can contribute to the funding, emphasizing that all proceeds will be donated to the affected parties.

Manchester United fans are obviously done with Paul Pogba. May switch to PSG as a free agent in the next summer. pic.twitter.com/k11HzPnK2c

France star, Paul Pogba is set to leave Old Trafford this summer. Pogba will leave Manchester United on a free transfer and sign a four-year contract at PSG this summer, reports say. The France international player is out of contract at the end of the season and is yet to agree on fresh terms, meaning he will be free to join another club for nothing.

PSG thinks the signing of Pogba will go some way towards mitigating the damage caused by the expected departure of Kylian Mbappe to Real Madrid.