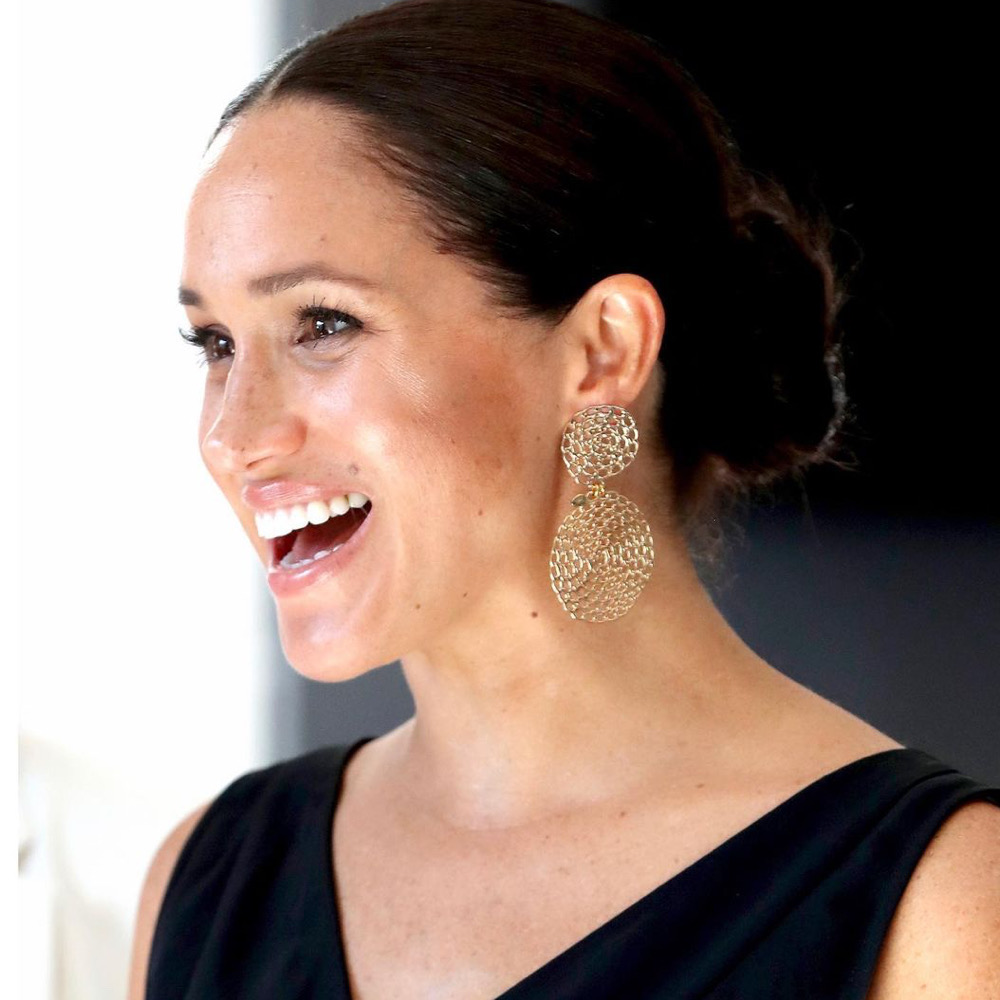 Meghan Markle announces first children’s book, Pastor Adeboye loses son, Sterling on the receiving end of racial abuse again. Stay in the know with our Rave News Digest, which summarizes five of the hottest global news you need to catch up on, saving you time and energy. Consider it your daily news fix.

On Tuesday, May 4, Meghan Markle announced that her first children’s book, “The Bench,” will be published on June 8. According to a press release from publisher Random House Children’s Books, Meghan Markle shared how she came up with the idea for The Bench and noted that a Father’s Day poem she wrote for her husband, Prince Harry, was where she drew her inspiration. The novel will look at the father and son relationships through a mother’s eyes.

Illustrated by Caldecott-winning artist Christian Robinson, the book cover shows a bench underneath a tree with chickens nearby. The Bench is available for preorder now and available for sale on June 8.

Pastor Enoch Adejare Adeboye, the General Overseer of the Redeemed Christian Church of God (RCCG), has lost his third child, Dare Adeboye, 42. According to reports, Dare, who was the Assistant Pastor in charge of Region (Youth) 35, died in his sleep after ministering the previous day. His wife Temiloluwa discovered he was not breathing and raised the alarm.

The Head of Media and Public Relations, RCCG, Pastor Olaitan Olubiyi confirmed the tragedy: “He was not sick and did not complain of anything before the incident. Pastors in the church were summoned to pray for him, all to no avail.”

He is survived by his wife, children, and parents. Our condolences to the Adeboyes.

South Africa’s golden girl, Nomzamo Mbatha, is among the list of prominent celebrities at this year’s Global Citizen Vax Live concert. This year, the hour-long concert was recorded in front of vaccinated front-line healthcare and essential workers at SoFi Stadium in Los Angeles. It celebrated the heroic healthcare worker worldwide while inspiring action for equitable COVID-19 vaccine distribution to everyone.

On Instagram, Nomzamo gave fans a sneak peek of her on stage. The concert was hosted by multi-platinum recording artist, actress, and producer Selena Gomez, and musical headliners include Jennifer Lopez, Eddie Vedder, Foo Fighters, J Balvin, and H.E.R.

After weeks of apprehension over the fate of Ghana’s COVID-19 vaccination program, the exercise looks set to resume soon. According to the Ghana Health Service (GHS), 350,000 doses of the Oxford AstraZeneca vaccines would arrive in Ghana Friday, May 7, 2021, aboard a Turkish Airline flight to kick-start the second phase of the nationwide vaccination.

“We were supposed to receive the AstraZeneca doses on Tuesday; unfortunately, there was a connection flight cancellation, and so we are expecting them on Friday,” the Programme Manager, Expanded Programme on Immunisation of the GHS, Dr. Kwame Amponsa-Achiano, said.

Manchester City and England forward Raheem Sterling has received racist abuse on social media. It comes two days after English football’s four-day boycott of social media, in response to ongoing online abuse, came to an end. A spokesperson for Facebook, also owner of  Instagram, reported having removed the comment and “taken action” against the account responsible. Facebook emphasized the abuse sent to the 26-year-old was “unacceptable.”

Two Manchester City supporters were banned from football matches for five years in January 2020 for racially abusing Sterling. Chelsea also banned a fan for life for using “racially abusive language” towards Sterling during a match at Stamford Bridge in December 2018.

The Bachelor’s Matt James Gets Real With WSJ. Magazine On His Bachelor Experience, His Relationship + More