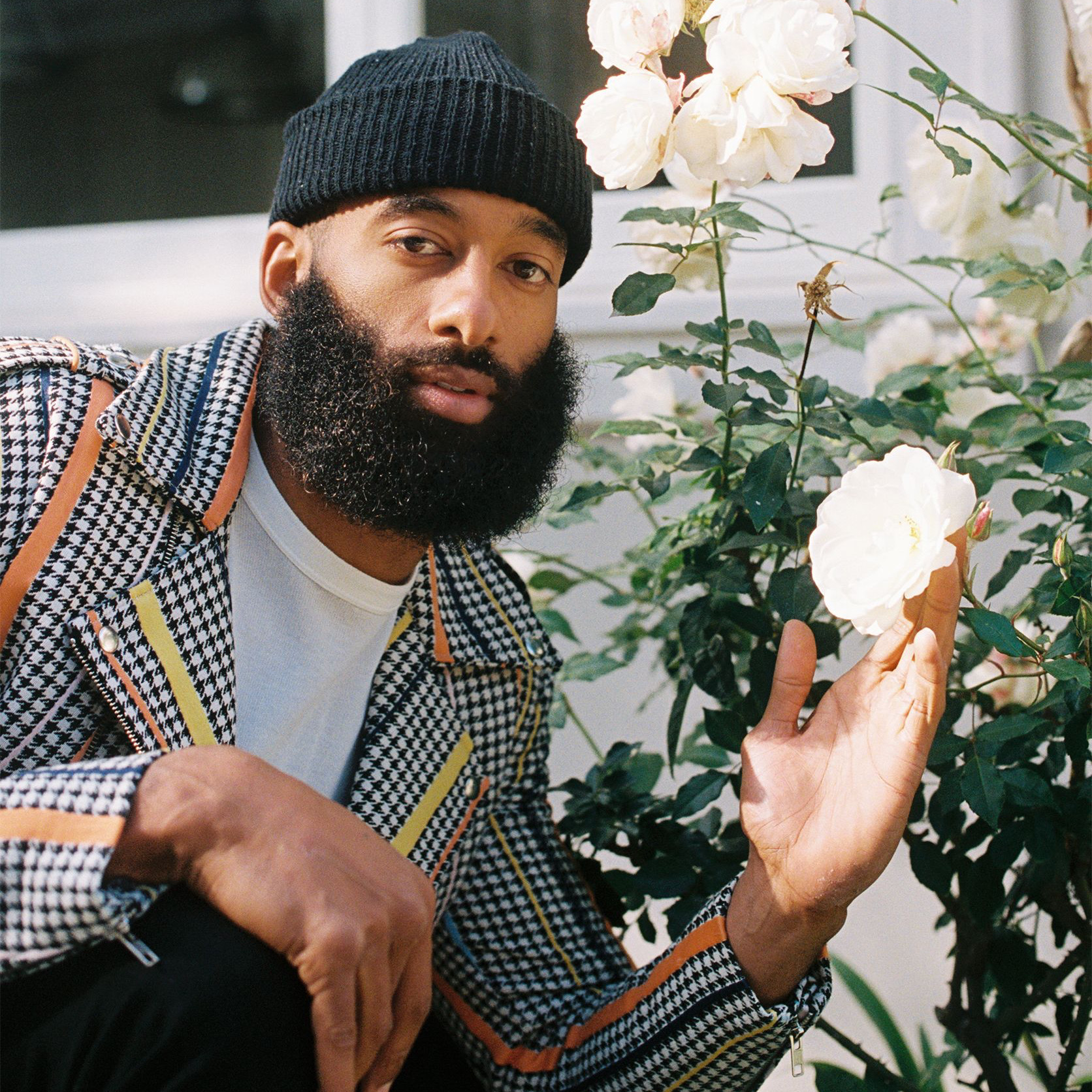 He was ABC’s first Black Bachelor. But a racial controversy ended his relationship, soured his season and threw the show’s future into question. Now he’s moving on—and back with his embattled ex: “I think it’s unfair to leave people without the ability to unlearn and be better,” Matt James says to WSJ. Magazine.

When ABC named the former Wake Forest wide receiver, who reportedly has a net worth of $250 according to Celebrity Net Worth, as its new Bachelor last June, it made Matt James the first Black male lead in the franchise’s 18 years and 25 seasons. The announcement came just days after a petition called on ABC and Warner Bros., which produces the Bachelor franchise, to cast a Black bachelor—and as demonstrations following the police killing of George Floyd rocked the country.

“We know we have a responsibility to make sure the love stories we’re seeing onscreen are representative of the world we live in,” ABC Entertainment’s then-president Karey Burke said in a statement at the time. “This is just the beginning.”

But controversy erupted in the aftermath of Matt James’s season. Chris Harrison, the longtime host, has stepped aside. The season’s post-finale special—usually an upbeat recap that includes bloopers—was instead a racially charged mediation session, hosted by Uncomfortable Conversations With a Black Man author Emmanuel Acho. Rachel Lindsay, the show’s first Black lead, said last week she will step away from the franchise after online abuse. (Lindsay did not return requests for comment.) Even other ABC hosts have commented on the show’s struggles.

Harrison stepped aside after defending contestant and eventual winner Rachael Kirkconnell, who was accused of past racist behavior including posing for photos in antebellum costume. Harrison later characterized his remarks as dismissive of racism; Kirkconnell, who is white, apologized in a post to Instagram: “I am ashamed about my lack of education, but it is no one’s responsibility to educate me.”

At ABC, no further decisions have been made regarding Harrison’s role in the franchise, says a person familiar with the discussions. (Harrison did not return requests for comment.)

Here are some things Matt James revealed to WSJ. Magazine…

James on the emotional fallout of his time on the show:

“I have spoken to therapists—I wouldn’t say I have a specific therapist,” he says. “As you talk about things, that’s when the healing can start,” Matt James tells WSJ. Magazine.

James on trying to make it work with Kirkconnell:

Despite their very public breakup, James and Kirkconnell are now trying to make their relationship work. He doesn’t want to speak for Kirkconnell, however, about what she’s doing to be a more sensitive partner. “I think the best way to put it is that we can have critical conversations about being in this relationship and what I need in a partner—especially if that woman isn’t Black—to understand what comes with me and my life and being Black,” Matt James tells WSJ. Magazine

“It’s on people who care about being allies to do the work to be truly antiracist,” James says. “And I think it’s unfair to leave people without the ability to unlearn and be better.” In an email to WSJ., Kirkconnell confirmed they’re back together, saying it’s been helpful to have privacy as the couple moves forward off-camera.

James reveals he didn’t have sex with any of the women during the show’s famous “fantasy suite” nights:

Despite how it appeared, James also says he did not have sex with any of the women during the show’s famous “fantasy suite” nights. He says he used the time to talk with finalists Kirkconnell, Michelle Young and Bri Springs. “I can’t speak for anybody but myself, but I think the women appreciated it,” he says, “Because I did learn things about them that I hadn’t gathered—that I don’t think I would have learned if I hadn’t used that time to really dive deeper into something that they might not have been comfortable talking about on camera.”

For his part, friend and co-founder Cameron says he stopped watching James’s season after the first three episodes. “I wanted to see more Matt,” says Cameron, 28, who was the runner-up on Hannah Brown’s season of The Bachelorette, and whose late mother originally nominated James for the franchise. “That’s why I didn’t watch as much as I wanted to. The Bachelor should be about the lead. I want people to see Matt’s story and then Matt’s fun side, goofy side, the side that we all love. I think the best part of Matt was what we saw in the bloopers”

James on trying to shed the perception that he is “dry”:

“I started posting those TikToks honestly so people could get a better idea of who I am,” he says. “I’m posting stuff like, Yo, I’m not this dry. We have a good time,” Matt James tells WSJ. Magazine

James on his slew of atypical projects and investments, from NFTs and cryptocurrency to sustainable agriculture:

He is a minority owner in the hydroponics company Lettuce Grow, which sells hydroponic “farmstands,” self-watering towers that customers use to grow produce at home. He also runs ABC Food Tours, a charity for underserved kids James founded with Tyler Cameron, his close friend from their football days at Wake (and himself an alum of The Bachelorette). (ABC stands for Alphabet City; there’s no association with the network.)

He wants to use NFTs to teach financial literacy to kids, he says, and that while people of color have historically missed out on new economic frontiers, “I don’t want that to be the case with crypto.”

James on attempting to explain his past on the show:

“What was most important to me was that people [on the show] understood where I came from and who I was so that they could make an informed decision for themselves—if they wanted to be with someone like me, who had this quote-unquote baggage, because that’s what I saw it as initially,” Matt James tells WSJ. Magazine. “It wasn’t until I became more comfortable with who I was as a man, as a Black man, as a brother and a son, that it just became more of my story.”

Conversations he had with the women around this part of his life didn’t end up making it into any of the season’s episodes in a significant way. James is diplomatic, however, when it comes to the show’s editing. “Ultimately The Bachelor’s about more than myself,” Matt James tells WSJ. Magazine. “It’s about all the women who were there and their journeys. There’s a lot of things that didn’t make air that you’ve just got to hope that they knew a lot better than I do—because they’ve been doing this, some of them, longer than I’ve been alive.”

James on the show’s future:

Despite questions around the show’s future and its format, James says he sees the franchise lasting “long after I’m gone.” But he believes it’s important for The Bachelor’s behind-the-cameras storytellers—the editing crew and producers who shape the arcs and help draw out contestants, infamously satirized in the scripted series Unreal—to be just as diverse as the contestants are. (The franchise will not end after The Bachelorette, and announcements about future seasons are forthcoming, says a person familiar with the matter.)

“If you have different people of color all across the board, it’s going to help you tell a story that’s more representative,” Matt James tells WSJ. Magazine. “If someone has never…been with someone who doesn’t look like them, they’re going to have a hard time.”

In response to this and a number of inquiries from WSJ., ABC provided part of a previously released a joint statement with Warner Bros.: “As we continue the dialogue around achieving greater equity and inclusion within The Bachelor franchise, we are dedicated to improving the BIPOC representation of our crew, including among the executive producer ranks. These are important steps in effecting fundamental change so that our franchise is a celebration of love that is reflective of our world.”

James on his relationship with God:

After The Bachelor wrapped, James spent a lot of time with Cameron and other friends. He prayed and realigned himself with God: “Whenever my relationship with Him gets off course, then I feel like everything in my life gets off course.”

James on the show’s positive impact on his relationships with family:

“The conversations I had with my mom, my brother and my dad weren’t in vain,” Matt James tells WSJ. Magazine. “After the show, I reached out to my Pops, and we talk on a regular basis now. He’s taken steps to make amends with the rest of the family and be a better dad to his kids.”

Manny says, “[The show] was the greatest thing that ever happened to me…. Putting the family back together.”

“I know there was a lot of controversy,” says James, “but there were a lot of things to celebrate.”