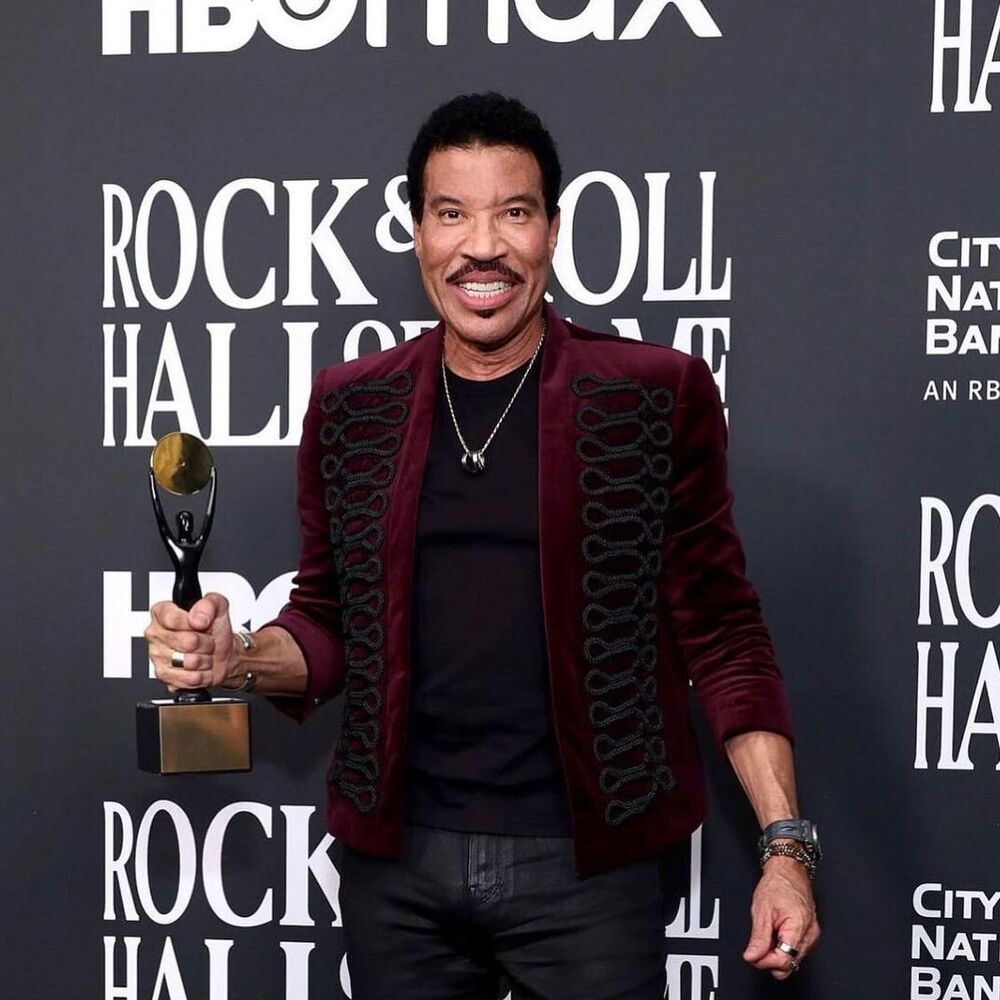 Lionel Richie officially inducted into the Rock and Roll Hall of Fame, Yemi Alade sells out Olympia Hall, Liverpool for sale. Stay in the know with our Rave News Digest, which summarizes five of the hottest global news you need to catch up on, saving you time and energy. Consider it your daily news fix.

1. Lionel Richie officially inducted into the Rock and Roll Hall of Fame

Lionel Richie has officially been inducted into the Rock and Roll Hall of Fame. On Saturday, November 5, the Grammy Award-winning artist gave a powerful speech and also got the crowd on their feet as he performed his greatest hits. The musician was first introduced on stage by Lenny Kravitz before opening up his medley of hits, including “Hello,” the Commodores’ classic track “Easy,” and his popular song “All Night Long.”

“I must say also that there are people that have actually had to tolerate quite a bit,” he shared during his speech. “Sometimes when you fall in love with the music business, you tend to fall out of love and people don’t understand what the hell you’re doing over. I missed 25 years of pep rallies, bonfires, and family reunions.” Richie’s Rock and Roll Hall of Fame induction comes on the heels of his induction into the Black Music & Entertainment Walk of Fame, where he was named a Legacy Inductee. The Library of Congress also awarded the musician the Gershwin Prize for Popular Song.

Congratulations to the legend.

Nigerian Afrobeats superstar Yemi Alade has sold out the Olympia Hall in Paris in her latest concert. In the show that went down in France, Alade sold out the 2,000-capacity Olympia Hall in Paris as she thrilled the audience with her hit singles. The show took place on Sunday, November 6, and it had fans singing along to Yemi Alade, who, since she emerged in the mainstream of Nigerian music in 2013, has gone on to establish herself as a star.

Yemi Alade’s latest show is not her first exploit in France. In 2017, she performed at Le Trianon in Paris during her successful tour of Europe.

3. South Africa: Uncle Waffles set to embark on her first US tour

South African DJ and radio host Uncle Waffles is preparing to embark on a tour of the US for the first time. The tour is set to begin later this month before concluding in early December. Waffles’ tour, which starts on November 23, will see her play in Chicago, Washington, Oakland, Los Angeles, Miami, and Brooklyn.

She shared the news on her Instagram page over the weekend. “The American Dragon 🐉🐉 USA let’s have a good time 🤩🤩,” she posted. “Super excited to be out there for the very first time, make sure to come out!! Any booking enquires can be sent to [email protected]” Since her swashbuckling breakthrough into the industry a year ago, the 22-year-old has extensively toured Africa and been a mainstay on stages in Nigeria, Ghana, and Tanzania, in particular.

Kenyan runners took first place in the men and women's race in the NYC Marathon. Evans Chebet and Sharon Lokedi won the race in their debut. https://t.co/UASpr3KFia

Chebet won the Boston Marathon earlier this year, making him just the sixth man to win Boston and New York City in the same year. His victory also means that Kenyan men have won all six annual world marathons in 2022. This year’s marathon was the first competition at full capacity since 2019. Officials canceled it in 2020 and downsized the event in 2021 due to the COVID pandemic.

5. FSG puts Liverpool up for sale

Fenway Sports Group (FSG) has put Liverpool up for sale. A full sales presentation has been produced for interested parties. FSG has looked at opportunities in the past but decided against moving forward with them. It is unclear whether or not a deal will eventually be done, but FSG is inviting offers. Goldman Sachs and Morgan Stanley have been retained to assist with the process.

The group has owned Liverpool since October 2010, when it bought the club from George Gillett Jr. and Tom Hicks. During that time, Liverpool appointed Jurgen Klopp as manager. They won their first Premier League title in 2019–20, which was also their first championship in 30 years. They also captured the FA Cup, the Carabao Cup, and the Champions League.

Mental Mondays: 7 Clear Signs To Know When Enough Is Enough