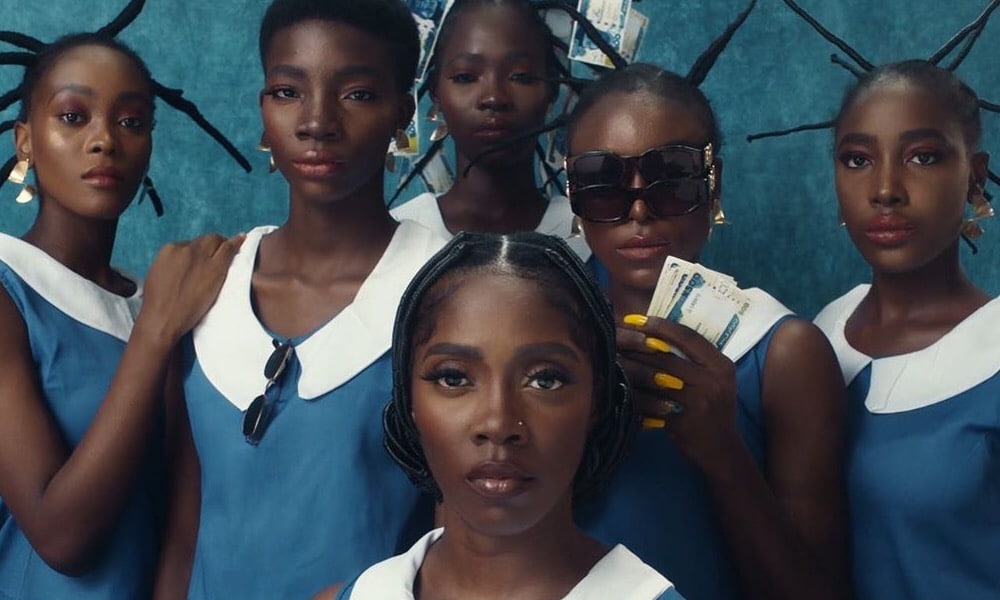 Some days back, we reported that come September 5, Tiwa Savage was going to release a new single titled 49-99. Fast forward to today, the Afro-pop superstar has not just released the audio but an accompanying video to her latest song.

Tiwa Savage recently held a listening party in London, England where she explained the meaning and idea behind ’49-99′ and how the song was made. On ’49-99,’ Tiwa Savage says,

“The song encourages the young to put down the sense of inheritance and work for what they desire in life, for a better tomorrow. We can’t sit on our old glories and expect things to change for the better.”

“49-99’ also addresses some political leaders who, instead of focusing on the growth of a nation, are there just for the money and having affairs with underage girls – while the citizenry is hustling hard to make a daily living.”

The meaning of the 49-99 was traced to an old Fela song about suffering and smiling, 49 sitting and 99 standing in the popular Lagos “Molue” commuting bus.

When Tiwa Savage told fans ’49-99′ was going to be quite different from her past songs, she meant it. On first listen, it appears to not sound like anything she has done before.

“49 sitting, 99 standing, oh my God o, I get money before no be property o,” Tiwa opens the song with this line in the first verse which chronicles her journey so far; from struggling to make ends meet to working hard and finally hitting it big.

In a pre-released interview, Tiwa revealed that the Pheelz produced track was co-written by Olamide and Pheelz. 49-99 is a follow-up to her last body of work, the Sugarcane EP, which was released in 2017 under her previous label, Mavin Records.

The video which was directed by Meji Alabi has a symbolic feel as it portrays different scenarios which appear to represent Tiwa Savage’s aforementioned journey. It also portrays a much bolder Tiwa Savage with each scene showing her off in audacious, make that Rave-worthy, looks and outfits – just the way we like it.

Also read: What Does Tiwa Savage’s Cover Art Reveal About The 49-99 Single And Her Next Album?