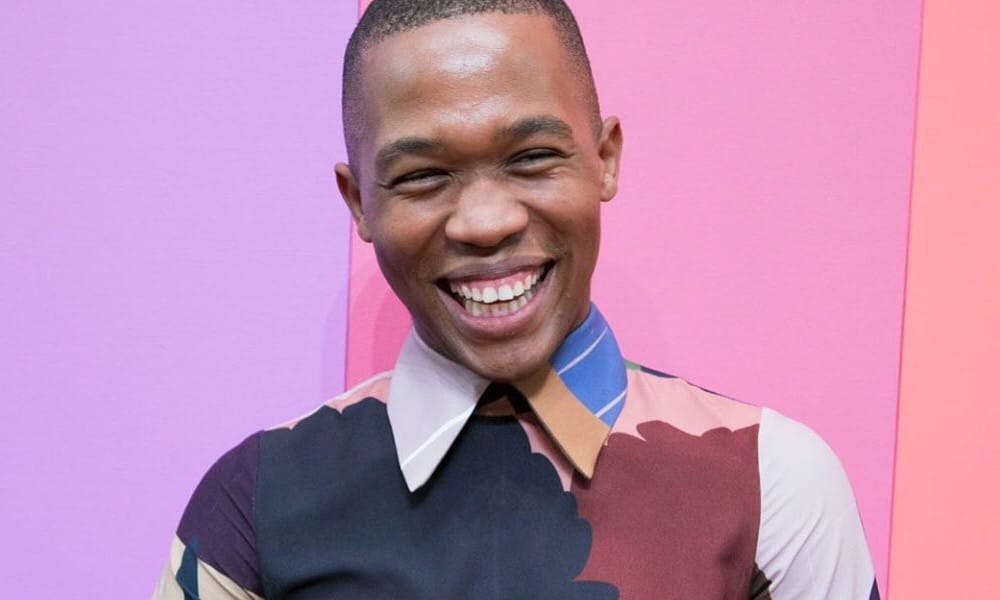 Watch: Does Tiwa Savage’s 49-99 Single Live Up To Expectations?

Thebe Magugu, a 25-year-old South African designer known for powerful and socio-politicized womenswear collections inspired by the social hardships of his home country, has won the 2019 LVMH Prize for emerging talent. He is the first African designer to be awarded the prize, the most lucrative in the industry.

Born in the small town of Kimberley, South Africa, the 26-year-old designer, Thebe Magugu, moved to Johannesburg to study fashion design, fashion photography and fashion media from the LISOF School of Fashion in Johannesburg.

In 2017, he began his namesake womenswear label. Over the last few months, we’ve watched Magugu grow and triumph as he became one of the leading voices in South African fashion by winning the International Fashion Showcase at this year’s London Fashion Week.

Thebe Magugu beat out a record-breaking 1,700 applicants from a hundred different countries and will receive 300,000 euros and a year’s worth of mentorship from experts at LVMH, whose brands include Loewe, Louis Vuitton, Fendi and Celine. He also beat seven other finalists to the prize, which was won last year by Japanese designer Masayuki Ino, founder of the Doublet label.

The inaugural Karl Lagerfeld Prize was awarded to Israeli designer Hed Mayner, who presented his Spring/Summer 2020 men’s collection in Paris in June. Mayner is to receive 150,000 euros and a year of mentorship.

Watch: Does Tiwa Savage’s 49-99 Single Live Up To Expectations?

Rihanna And LVMH Putting A Hold On Fenty Fashion House