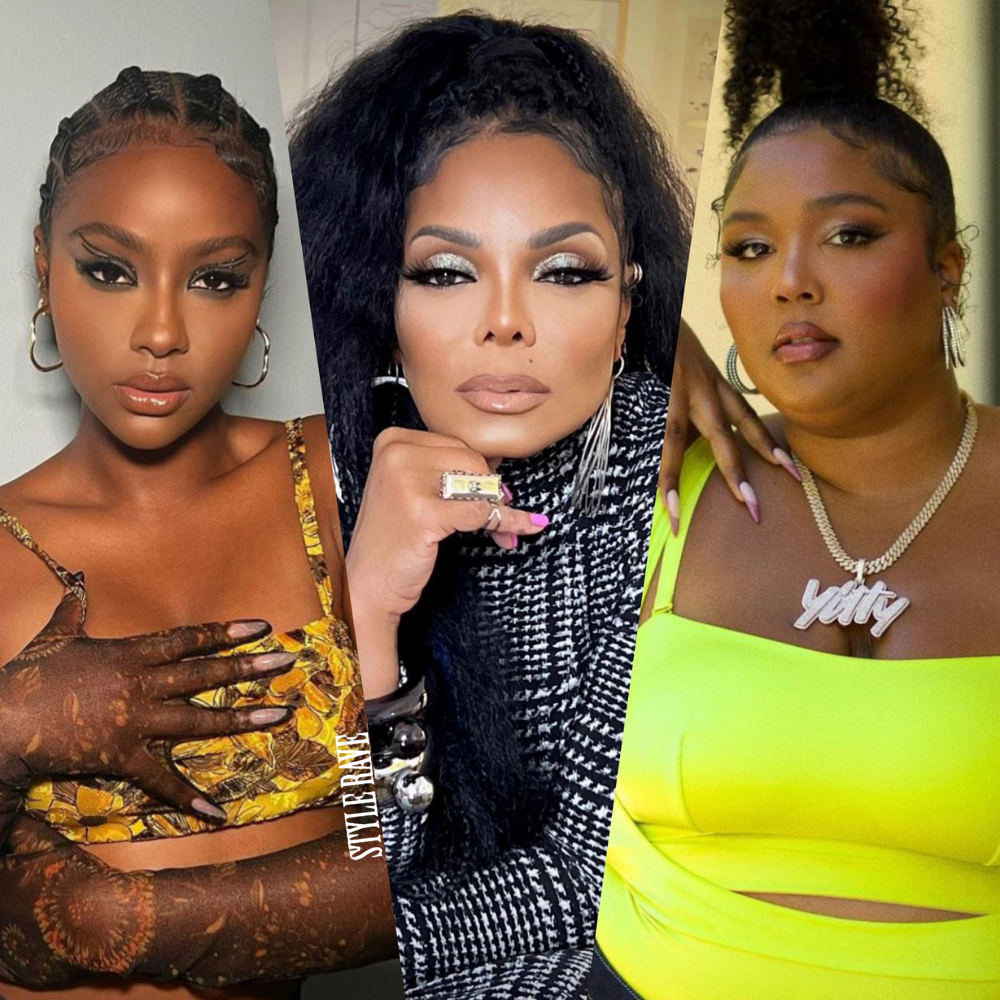 eyond the Essence Festival of Culture, last week was devoid of major global award shows and events. Yet, that wasn’t enough to deter Black stars from putting their best faces forward. As a matter of fact, they showed up throughout the week with the same high-octane beauty looks as you would expect to see on a glamorous Grammy or Oscar night—but this time with a witty twist. Perhaps, their not-so-subtle way of reminding Black girls that a special occasion isn’t the only time to look and feel your best, and we definitely agree. celebrity makeup looks.

Legendary singer Janet Jackson gave an unforgettable performance at the 2022 Essence Festival of Culture which was held from June 30 till July 3. Fierce, pomp, and original characterized her performance, and we can say the same thing about her face beat for the performance. The look, created by celebrity makeup artist Larry Sims, was bent on accentuating Jackson’s strong facial features — including her eyes, forehead, and jawline — and the result was a hit. We particularly adored the silver metallic eyeshadow that made her eyes sparkle and also matched her outfit for the night.

Elsewhere, Black-ish star Marsai Martin took to Instagram to flaunt her new dental grillz clad over her lower dentition. While her teeth were supposed to be the focus, we couldn’t help but swoon over her two-step liner. The first ‘wing’ made a case for black and the second, which sat proudly just above the first, popped in lime green. The two-step liner is becoming a summer beauty trend and we’re here for it.

One of the hairstyles most synonymous with summer is surely the simple up-do. One, it’s as effortless as the season and undeniably versatile — complementing a wide selection of looks. Last week, we saw this hairstyle take on three interesting renditions amongst A-listers. In one instance was Lizzo who opted for a messy top bun with a little bit of length perfect for her round face. In another, music genius Alicia Keys wore hers in a braided bun with a large crystal hair adornment at its base. Finally, Winnie Harlow played the hairdo in a messy bun setting. While each woman’s take was as unique as her, all three favored well-laid edges.