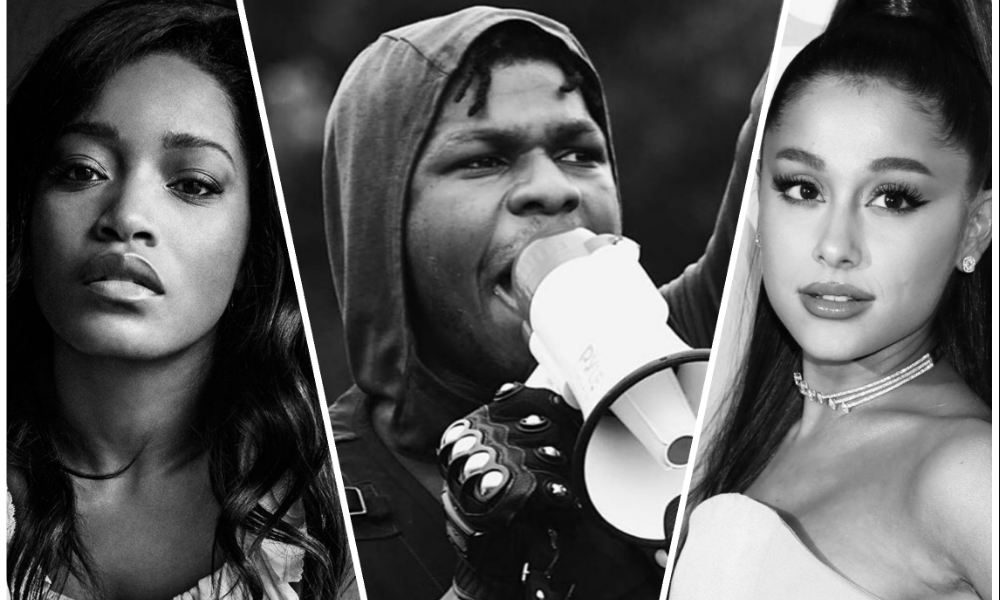 Over the past week, millions across the world have joined the Black Lives Matter movement to protest the ill treatment of Blacks in America. But we should mention that racism against people of African descent is a global problem that truly needs fixing. Among those protesting are celebrities who have taken their protests beyond Social Media to the streets.

In the past two days, the original third degree murder charge on ex-officer Derek Chauvin was upped to a 2nd degree murder charge as the other three ex-officers were charged with aiding and abetting the killing of George Floyd. This goes to show the power in solidarity and in fighting together to achieve a common goal. This is major considering how many cases of police crimes go uncharged and unpunished.

Celebrities protesting among large crowds are demanding among a number of things, an end to systemic racism and police brutality, and justice for victims of police crimes.

Here’s what celebrities protesting are saying….

At the start of the protest incited by the killing of George Floyd, Star Wars actor John Boyega took to twitter to express his frustration. In a preliminary tweet where he said “I really f***ing hate racists!” This seemed to incite responses from a lot of people in his comments, many who tried to dissuade him from using the word hate and also from hating white people.

To further reiterate his point, John took to his twitter to say that his hate was directed towards white people who were racist. His comments continued to receive a lot of backlash especially from many fans of the show who did not seem to like the character he played. 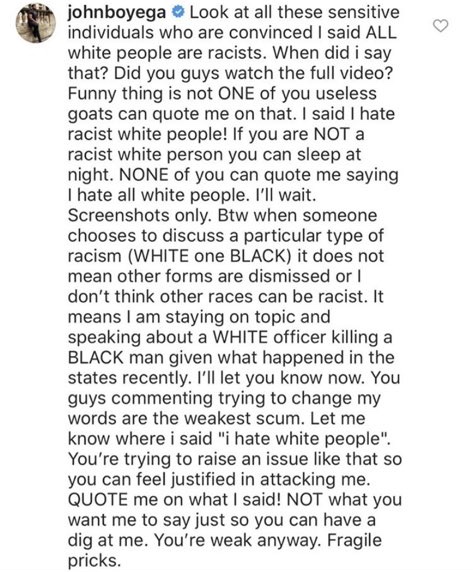 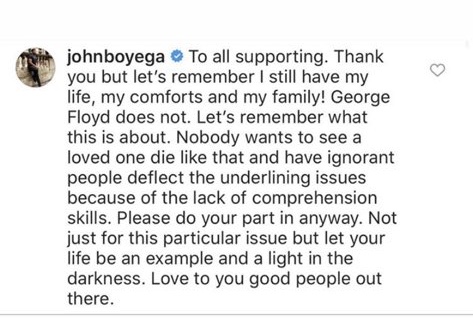 If you’re white and genuinely find this offensive then YOU ARE THE PROBLEM. He’s voiced what every anti-racist person, regardless of race, is thinking. And again if you’re not thinking like this after everything that’s gone on you’re the problem! #BlackLivesMatter #JohnBoyega pic.twitter.com/hqY30eS6II

John Boyega went viral for his very heart felt speech in front of a protest for the Black Lives Matter movement at Hyde Park in London. In the speech, John says while in tears, “Look, I don’t know if I’m going to have a career after this but f**k that.” Hours after his this speach went viral, many producers and directors in the movie industry pledged openly to work with John on their future projects.

The makers of Star Wars also released a statement on their official social media page, saying, “John Boyega, you are our hero.”

Actress, Keke Palmer also had her viral moment for her conversation with a National Guard at Los Angeles asking them to walk with the people protesting and speaking strongly against the presidents words.

Watch Keke Palmer deliver a powerful message to the National Guard at a protest in Los Angeles today! #BlackLivesMatter pic.twitter.com/Nr6cwXDyka

Tinashe took to the streets of Beverly Hills, California and shared pictures of her time there with fans on twitter. In a follow up tweet, she said “The Media don’t want you to see the peaceful protests.”

Responding to Tinashe’s tweet, Singer, Ariana Grande, after her protest took to twitter to share her experience saying, “hours and miles of peaceful protesting yesterday that got little to no coverage”.

hours and miles of peaceful protesting yesterday that got little to no coverage.
all throughout beverly hills and west hollywood we chanted, people beeped and cheered along.
we were passionate, we were loud, we were loving.
cover this too please. #BLACKLIVESMATTER https://t.co/vD90CEtF94 pic.twitter.com/GZ6uKDfPM7

Rapper, Jay Z and label, Roc Nation bought full paged ad slots in Newspapers across the nation in memory of George Floyd and to support the Black Lives Matter movement. Read below.

Jay Z placed this ad in newspapers across the US in memory of George Floyd. A must-read. pic.twitter.com/WK3XGi5l0n

Many more celebrities have taken to the streets in protest, among who are actors Lili Reinhart, Ben Affleck, Michael B. Jordan and Alia Shawkat.

March for #GeorgeFloyd in #Venice today. Blessed to have @BenAffleck express awareness and concern for the local Historic Black Community in #VeniceBeach that has been long ignored and obstructed by local politicians, LAPD, and commerce bullies. #SaveVenice #DefendOakwood pic.twitter.com/Y1yLOn07GW

Other stars, Paris Jackson, Nick Canon, J.Cole, Machine Gun Kelly and Harry Styles were also on the streets to show their support for the movement.

Juneteenth 2020: Would Making The Day A National Holiday Lead To Equality?