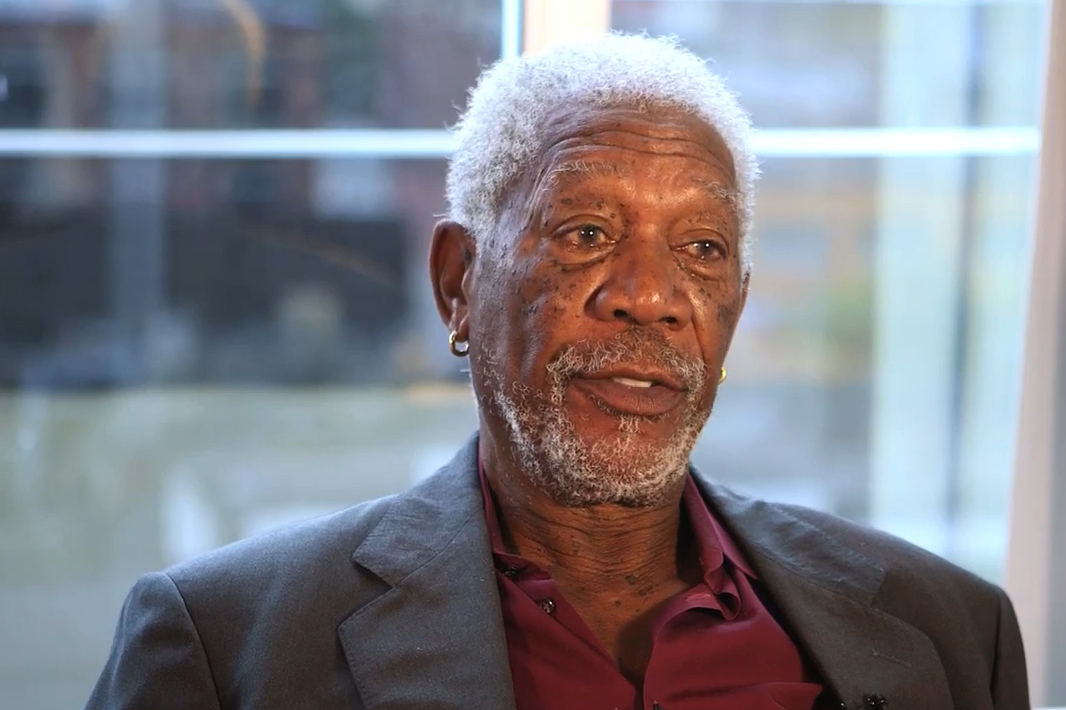 he Electric Company, Shawshank Redemption, The Story of God — what these three entirely different, yet iconic TV show / films have in common is one man — the Hollywood icon, Morgan Freeman.

Today, the actor Morgan Freeman is celebrating his 84th birthday! When Freeman first stood on a stage, he was an 8-year-old playing Little Boy Blue in a pageant. That’s when he knew he wanted to be an actor.

More than seven decades later, Freeman’s career includes his Oscar-winning performance in Million Dollar Baby and The Academy Award winning documentary, The Long Way Home. He has also received an Oscar nomination four other times, including his work in The Shawshank Redemption and Driving Miss Daisy. He has also won a Golden Globe Award and a Screen Actors Guild Award.

Born on June 1, 1937, in Memphis, Tennessee, he joined the Air Force after high school with hopes of becoming a fighter pilot, but changed his mind and decided to pursue a career in acting. Many fans don’t know this, but the superstar’s first claim to fame was for a role he played in the 1970s on the children’s television show, The Electric Company. However, Freeman isn’t just an on-screen actor. His famously deep voice has led to numerous other roles including a documentary narrator, voice actor and commentator.

Morgan Freeman as Vincent the Vegetable Vampire on The Electric Company. pic.twitter.com/QJBVpcy8iV

Morgan Freeman is also a professional dancer and got his first start in show business as a dancer before his Electric Company days. During the early part of the 1960s, he danced at the 1964 World’s Fair and was also a member of the Opera Ring, a San Francisco musical theater group.

This versatile entertainer made his off-Broadway debut in 1967, opposite Viveca Lindfors in the controversially titled show, “The Nigger Lovers”. However, Freeman’s first credited appearance in a film was in a 1971 movie titled Who Says I Can’t Ride a Rainbow!

Morgan Freeman’s life has not been devoid of romantic and familial relationships. The legendary actor’s first attempt at marriage was in 1967 to Jeanette Adair Bradshaw. The two were married for 12 years before calling it quits in 1979. In 1984, he married Myrna Colley-Lee, his wife for 23 years before they divorced in 2007.

A post shared by Nigeria's No. 1 Movie Blog (@sodas_popcorn)

Freeman has four children: Alfonso Freeman, whom he had with a lover before his first marriage, Saifoulaye Freeman, Morgana Freeman, and Deena Adair Freeman, Jeanette’s daughter from a previous relationship whom he adopted.

After about seven decades of building and maintaining his career to god-like status, it seems Morgan Freeman is not quite slowing down anytime soon.

Happy birthday to the Man, the Myth, and the Legend – Morgan Freeman!

In honor of Morgan Freeman’s birthday, here are 5 of his most iconic films…