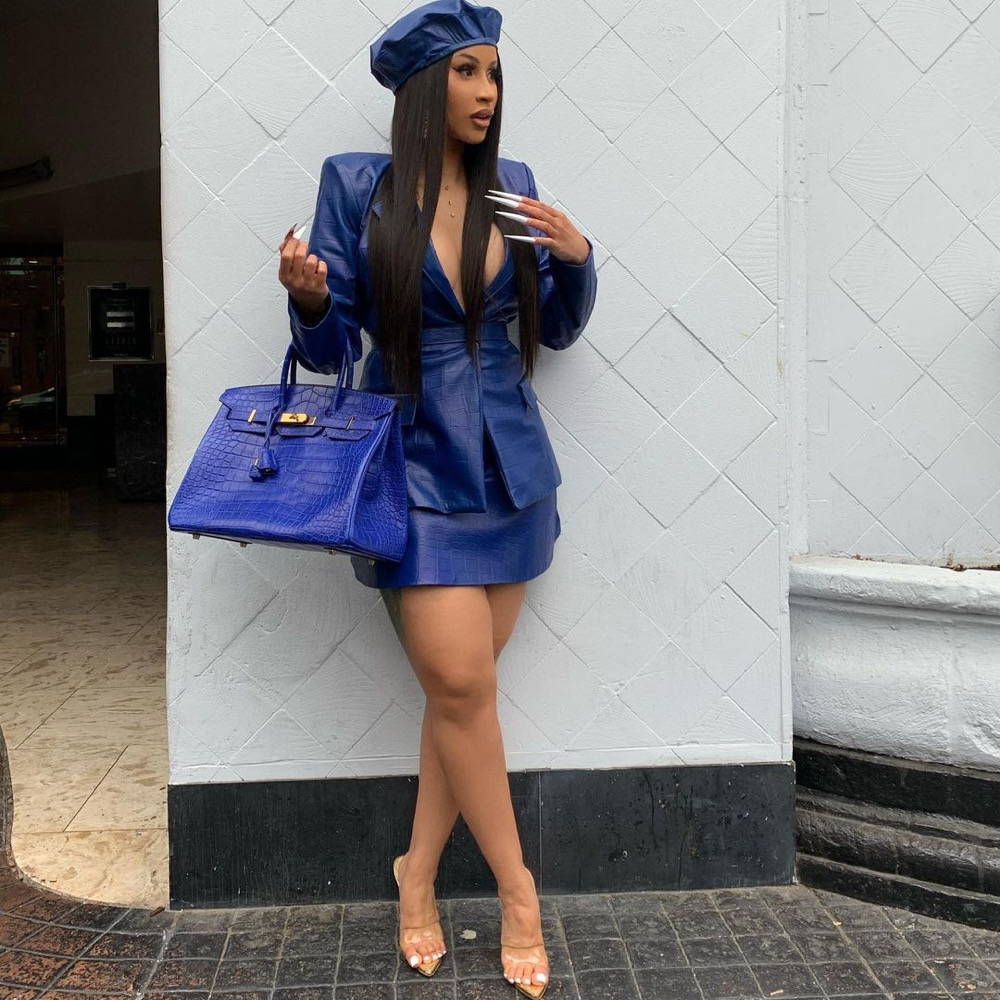 Cardi B celebrates her 28th birthday, #EndSARS protests continue on Day 5, Lakers win the NBA after a decade-wait. Stay in the know with our Rave News Digest which summarizes five of the hottest global news you need to catch up on, saving you time and energy. Consider it your daily news fix.

1. Cardi B and Offset celebrate her 28th birthday together despite filing for divorce

Despite Cardi B’s filing for divorce from Offset, both celebrities cozied up at her 28th birthday celebration on Saturday night. Ahead of her Oct. 11 birthday, Cardi B hosted a party in Las Vegas on Saturday, and she invited her celebrity friends along. Offset, whom she filed for divorce from just last month, was notably one the guests, and he showered her in affection and gifts

Before the party, Cardi B posted a video of the birthday present Offset got for her, which was a billboard wishing her a happy birthday from their daughter, Kulture. “Oh my goodness, oh my god,” she can be heard saying in the video. Later in the day, Offset also gave Cardi a custom black Rolls-Royce with the seats reading “Kulture” on the headrest. Upon receiving the gift, she can be seen kissing Offset as her friends chant, “Take him/Offset back.”

Later in the early hours of Sunday morning, Offset shared several posts of Cardi turning up and twerking via his Instagram story, particularly one of her dancing on him.

To also kick off her birthday weekend, Cardi B announced the launch of her first-ever Reebok x Cardi Footwear Collection which became available for purchase on October 11.

Nigerian protesters have promised to keep up their campaign seeking justice for victims of police brutality and an overhaul of the security agency, even as authorities announced the immediate disbanding of the notorious anti-robbery unit that has long been accused of grave human rights abuses. This is a tactic that has since been rejected by the masses, because of its falsehood, as it is one that the government has used in consecutive years to stop protests.

Many more used the #EndSARS and #SARSMUSTEND hashtags online to share stories alleging extortion, torture, disappearances, and even murders at the hands of members of the unit. The right to protest is enshrined in Nigerian law, but protest movements are regularly suppressed by the police force using bullets, water cannons, and teargas. Reportedly, about ten protesters have been killed by the police force since the peaceful protests have started and many more arrested.

The Ghana Meteorological Agency (GMET) has warned that heavy rains, accompanied by strong winds, would continue into the next month. The GMET’s warning comes on the back of last Saturday and Sunday’s heavy rains that left the southeastern parts of the country including Accra and its environs submerged.

The Deputy Director of the GMET, Mrs. Francisca Martey, who also doubles as the agency’s Head of Research and Applied Meteorology, gave the caution. She also called for drains to be de-silted and urged the public to familiarise themselves with daily weather forecasts before leaving their homes.

4. Minnie Dlamini-Jones reveals the gender of her baby

TV personality Minnie Dlamini-Jones and her husband Quinton Jones are having a baby boy. Ever since Minnie’s fans found out about her pregnancy they were filled with excitement. Some waited patiently for the baby’s gender to be revealed while others went in search of the gender after Minnie posted a cryptic message on her Instagram when she wore a bespoke Zulu pregnancy apron called “Ingcayi” which was handmade and beaded by Asanda Madyibi.

Now, in her recent baby shower with the theme, Floral Affair which was held in KwaZulu-Natal, the presenter took to Instagram to announce she will be having a boy. Dressed in an off the shoulder, ruched white dress with a floral garland in her hair and a pair of floral pumps, the beautiful mother-to-be looks flawless and happy.

The Los Angeles Lakers ended a decade-long wait for a 17th NBA title as they beat the Miami Heat 106-93 to seal a 4-2 series victory. The Finals’ most valuable player (MVP) LeBron James posted a triple-double – scoring 28 points, 14 rebounds, and 10 assists – with both Anthony Davis and Rajon Rondo adding 19 points.

The victory ties the Lakers with the Boston Celtics for the most NBA championships. “It means a lot to represent this franchise,” said James. “I told [Lakers president] Jeanie [Buss] when I came here that I was going to put this franchise back in the position where it belongs. We just want our respect. Rob [Pelinka] wants his respect, coach [Frank] Vogel wants his respect, our organization wants its respect, Lakers nation wants its respect. And I want my respect too.”