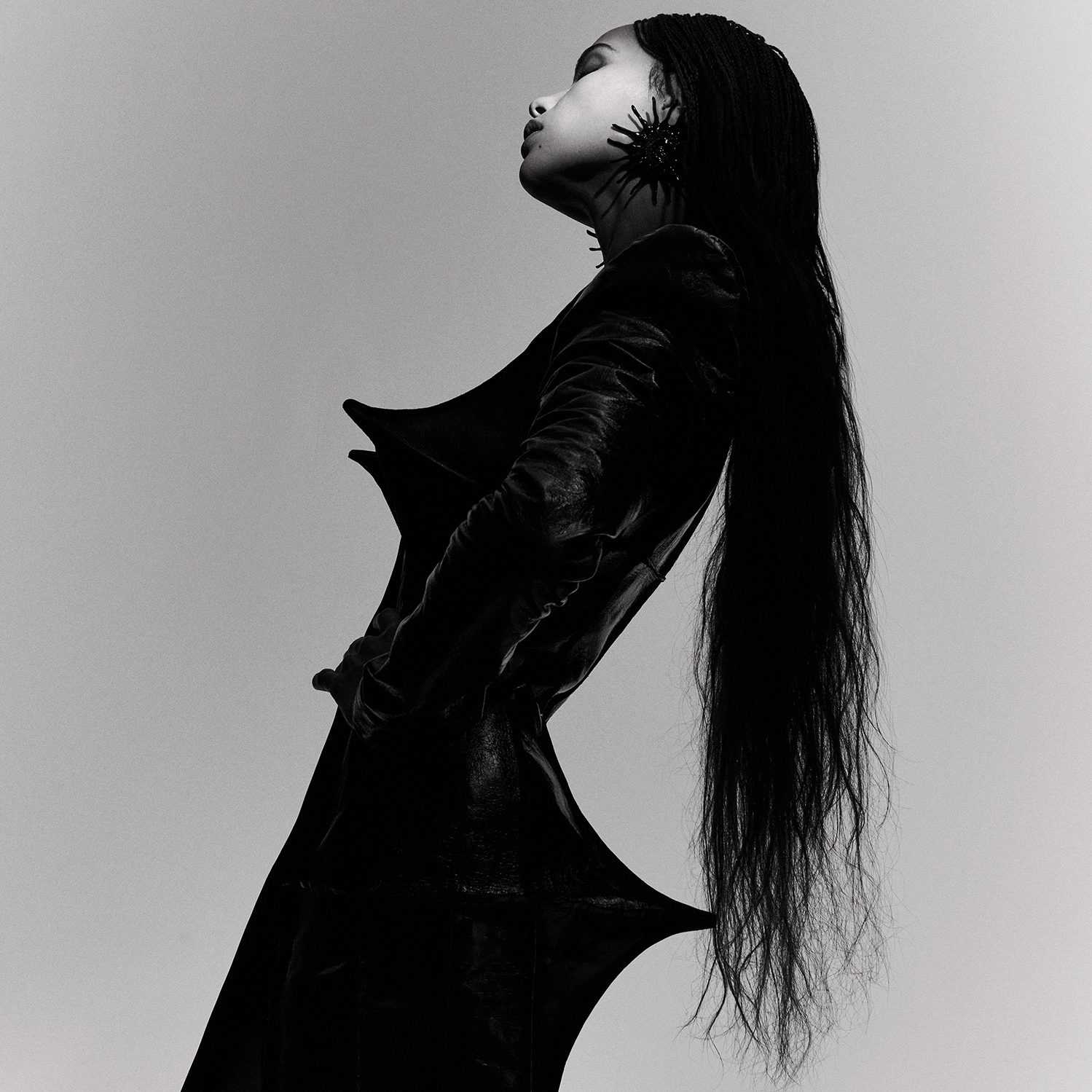 Zoë Kravitz is in the panic stage of preparing for travel, running around Manhattan, squeezing in errands. “Packing’s funny,” Kravitz says. “I always talk about packing with friends of mine, about how it brings up all this anxiety—this is a whole concept I have—about who we want to be as people. You start to think, I’m going to this place, and who do I want to be in this place?” Outfits become fantasies; it’s less the mechanics of do I need this T-shirt or that one, and more, what will this new place conjure? But in reality, Zoë Kravitz––who reportedly has a net worth of $10 Million, according to Celebrity Net Worth, says: “you end up wearing the same four things the whole time, anyway.”

Her destination is the set of “Pussy Island,” on the grounds of a lush Yucatán hacienda, a land of bacchanalia and vice that Kravitz herself has dreamt up. The movie, which will start shooting a few weeks after her arrival and is expected to be released in 2023, is the 33-year- old actor’s directorial debut. The script, which she co-wrote with E.T. Feigenbaum, “was born out of a lot of anger and frustration around the lack of conversation about the treatment of women, specifically in industries that have a lot of money in them, like Hollywood, the tech world, all of that,” she says. She’d heard stories about powerful men inviting women to remote islands for hazy hedonist free-for-alls. What’s the version of that reality that I myself would want to see, Kravitz wondered. Then she started writing.

Here are some things Zoë Kravitz revealed to WSJ. Magazine…

The title is intentionally provocative. It was the first thing that came to her when she started writing the script five years ago, before the #MeToo movement shook up Hollywood. “The title came from that world. The title is the seed of the story,” she says. While other projects have had their titles truncated—last spring’s The Lost City losing the of D, or Starz taking away P-Valley’s “ussy”—Kravitz says she won’t budge: “It represents this time where it would be acceptable for a group of men to call a place that, and the illusion that we’re out of that time now.” Zoë Kravitz on her parents:

“They always remind me, ‘Why are we making art?’. “‘You’re making [art] for yourself because you feel something that you want to express.’”

“I wanted to find someone who hadn’t played a dark character before, because I think that’s exciting to watch someone who’s mostly played boy next door, good guy, love interest, all of that.”

“I felt, even from afar, before I knew him, that he was a feminist and that he wasn’t afraid of exploring that darkness, because he knows he’s not that. That’s why I was drawn to him and I wanted to meet with him. And I was right.”

Channing Tatum on Kravitz casting him in Pussy Island: “It’s always really intriguing to have someone bring you something that literally no one else has ever thought of you for.” Zoe Kravitz Net Worth

Tatum on the script of Pussy Island:

“I didn’t know Zoë before I met her for the film,” says Tatum, whose company, Free Association, is co-producing the project. “When we first met the movie was pretty different than its form now, but the themes were the same. All the iterations it has gone through were all pretty punk rock, to be honest.”

“I’m learning a lot about what it takes to make a movie and how many fires are constantly being put out before the actors show up to set,” she says. “I’m just kind of sitting back and learning and trying to not constantly be in a state of panic.”

“If you zoom out too much and think about the whole thing at once, it causes a lot of anxiety,” she says, “but if you focus on the present moment, it’s really fun.”

Kravitz on her insecurities: “I really didn’t feel beautiful growing up,” she says of her upbringing between California, Miami and eventually New York. “A big part of that was where I grew up, who I was around in terms of being the only Black girl,” she says. “I wasn’t exotic and cool- looking. I was the weirdo with the fuzzy hair. Then, you grow up and you look different now. It’s weird because it’s not really how I identify. I think a lot of people probably will hear that and think that’s bullshit, but that’s just how I feel,” she continues. “Even with directing, I think to myself, OK, I’m not going to be in a movie for a year. I hope we make another Batman. It’s just the sickness of the mind where I genuinely can convince myself that I won’t work again, that no one will call me and want me. That never goes away.”

“She’s a real thoroughbred and a bona fide movie star,” says Soderbergh. He uses Kimi as an example: “She’s in 96 percent of the frames that exist in that movie. And to be able to pull that off with such poise and ease, that’s what movie stars do.” But directing isn’t a curious actor’s diversion. Does Soderbergh, who is also close to Pussy Island’s star Tatum, think Kravitz can pull it off?

“Of the people that I could name who I think have a real shot at coming out of the gate making something really distinctive and strong, she’s at the top of that list.” “Do I want to go into that? I guess what I’ll say is when you make things with people it’s a very sacred space, and when you’re compatible with somebody creatively it often opens up other channels, because you’re kind of sharing all of yourself,” Kravitz says. “I’m really grateful that this movie has brought him into my life that way.”

Kravitz on what she was wearing while on locations shooting:

“I’m wearing a necklace that my mom gave me and an earring that Channing gave me. I have a T-shirt from my dad. I’ve been wearing a lot of things that remind me of people who I love, because it’s comforting,” she says.

“I thought that the script was dangerous, which I liked,” says one of them, fellow actor-writer-director-musician Donald Glover. “It feels really dangerous for a woman to make this story about power.” Zoe Kravitz Net Worth Donald Glover on the pressure Kravitz encounters to be seen as more than her parent’s daughter:

“I know she feels the pressure,” Glover says of Kravitz’s efforts to be seen as more than “the daughter of.” He compares it to working with Malia Obama, a writer on Hive, his upcoming Amazon series. “There’s always a pressure that’s like, ‘I actually have to do something that’s good, because otherwise people will say it’s not because of me being creative.’”

“I think she just knows how the conversation is going to be. Her doing this script and directing it, I feel like she’s taking the risk to heart of like, ‘Yeah, you can’t say this is because of something else. Actually, this is my idea. This is my perception.’”

Kravitz on her music – past and future: “I think it feels young and sweet,” she says of Lolawolf’s songs. “I always felt like I wasn’t getting to the place I wanted to with that music, mostly because of who I was [at the time].” She’s since started working on a solo album produced by Jack Antonoff, but it’s on the back burner. “I’m scared to make music, but I love it,” Kravitz says. “Now I’ve already kind of started it.”

Kravitz on being judged artistically:

“There’s just a fear of judgment. The truth is, with almost everything I do, if I can get it to the point where I truly think it’s good, then I can kind of let things drop away where I’m not so concerned about what other people think.” Zoe Kravitz Net Worth

“I wanted to make space for someone else. This is a role that I would have loved to have played…[but] I genuinely think Naomi is worlds better for this part than I am.”

So Over It! How To Recover From A Breakup In No Time