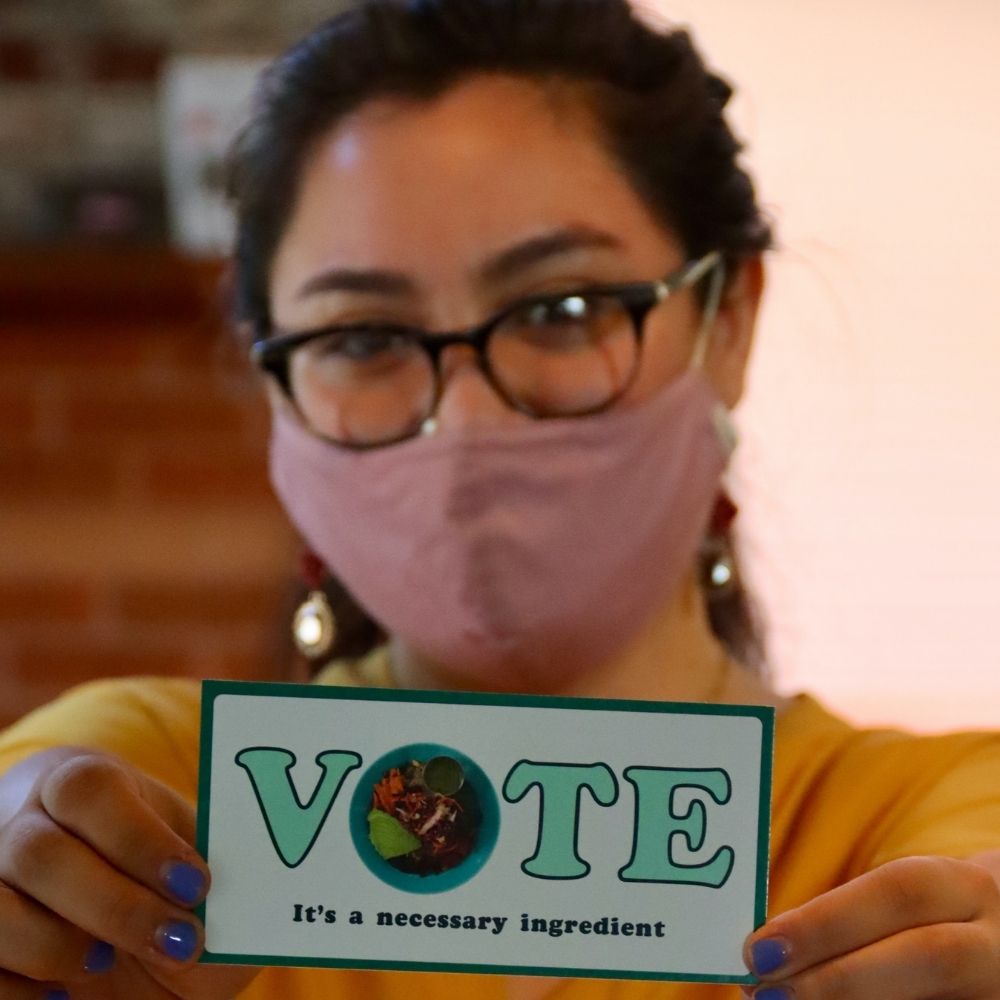 35 SR-Approved Ways To Slay In Brown Tones This Fall

Can you imagine the life of a woman before the 19th Amendment? In the United States, women were not allowed to vote until 1920. I know as a liberated 21st-century American woman, the word “allowed” has you itching all over in disgust, but that was the reality of many women who came before you. Women’s voting rights sure didn’t come easy.

The radical change of constitution grudgingly surfaced on the wings of constant legal rebellion by women and empathetic men who made use of their male privilege. Long before 1920, when women’s suffrage became legal nationally, protests had gone on decades after decades as women’s rights gained ground in America.

The modern woman cannot relate because it’s 2020, and we can do whatsoever we want––well, for the most part. But what’s surprising about this freedom is the tempting nonchalant approach that sometimes comes with it and any other freedom.

A woman that stands out in the recent history of women’s voting rights is Justice Ruth Bader Ginsburg, who passed away on the 18th Of September, 2020, after battling metastatic pancreas cancer.

Justice Ginsburg was instrumental in the fight for gender equality and civil rights. She utilized her position as justice of Brooklyn’s Supreme Court to legally promote women’s right to vote over the years despite opposition and controversies. This amazon, among other women in history, adamantly stood her ground till the end, after 27 years of service as a justice of the Supreme Court. In honor of her labor, we should ride on this liberty and determine the next phase of the country’s future.

Other women we should honor as well are Ida B. Wells, Frances Ellen Watkins Harper, Daisy Elizabeth Adams Lampkin, Josephine St. Pierre Ruffin, and many others of our ancestors who marched and even died for this cause.

The next time you decide to head to the salon, take a nap or do anything but exercise your rights to vote, remember the fact that the women’s suffrage movement was a decades-long fight to win the right to vote for women in the United States. A fight that took activists and reformers nearly 100 years to win. That’s right, 100 years!

They won the fight on the backs of women who fought tooth and nail in a patriarchal society, so you could take that walk and place your vote to have your voice heard. And while there are still many signs of a one-sided patriarchal dominance in the political arena, both male and female feminists have continued to push for more inclusion and representation for women. The good news is that women have been an integral part of voting since the ’80s, with a higher number than men, which is powerful.

In what appears to be the most important election of our lifetime to date, this November 3rd is like no other. So, if you had missed your chance to vote early or mail in your vote, don’t miss the final chance to make your vote count. Head to the polls, stay in line, and just do it!

#1. Do your part in the grand scheme of things

Competent leaders won’t just take power, and we have to put them there. Playing the neutral card when it comes to voting is dangerous because our leaders’ decisions affect us indirectly. Women’s suffrage needs to remain rooted as the value of women is constantly encrypted in the minds of everyone. If you want to see your interests and values in society, then play your part in choosing your leaders.

Asides from being your civil responsibility, reflecting on the journey to women’s voting rights, gratitude should well up from the inside. In the words of Yara Shahidi, “ I vote to pay respect to the leaders who have put their lives on the line for the rights of my communities to access the polls; I believe it to be a personal responsibility to continue and honor their legacies…”. Whenever you make that vote, know it’s an action with collective consequences. It speaks volumes in solidarity.

While women voting rights seemed like a done and dusted deal, women of color were conveniently sidelined. It’s been a century-long fight, and we have come a long way. It is necessary to vote irrespective of race or social status to solidify gender equality without bias. The women’s suffrage movement and women’s voting rights.

It’s just a step in the right direction for women to be allowed to sit at the voting table, but the goal is power. Until women move from being the opposition and unlikely party to becoming the powers that be, there’s no slowing down. Get ready; America would have a female president sooner than envisioned.

The earlier we see that it’s our civil responsibility to vote and there’s no other option, the better. It’s high time we understood that the change we ask for in the form of national transformation is dependent on our overall involvement as women.

“I vote for people who made a way—out of no way—so that I can live in a world of choices. I vote for those who marched and prayed and sacrificed and withstood humiliations and disrespect and devastation just trying to cast a ballot. I vote for those who died carrying the dream that their vote would be counted and could matter one day. I vote for the shoulders I stand on. Those who paid for the crown I get to wear.” — Oprah Winfrey. The women’s suffrage movement and women’s voting rights.

35 SR-Approved Ways To Slay In Brown Tones This Fall