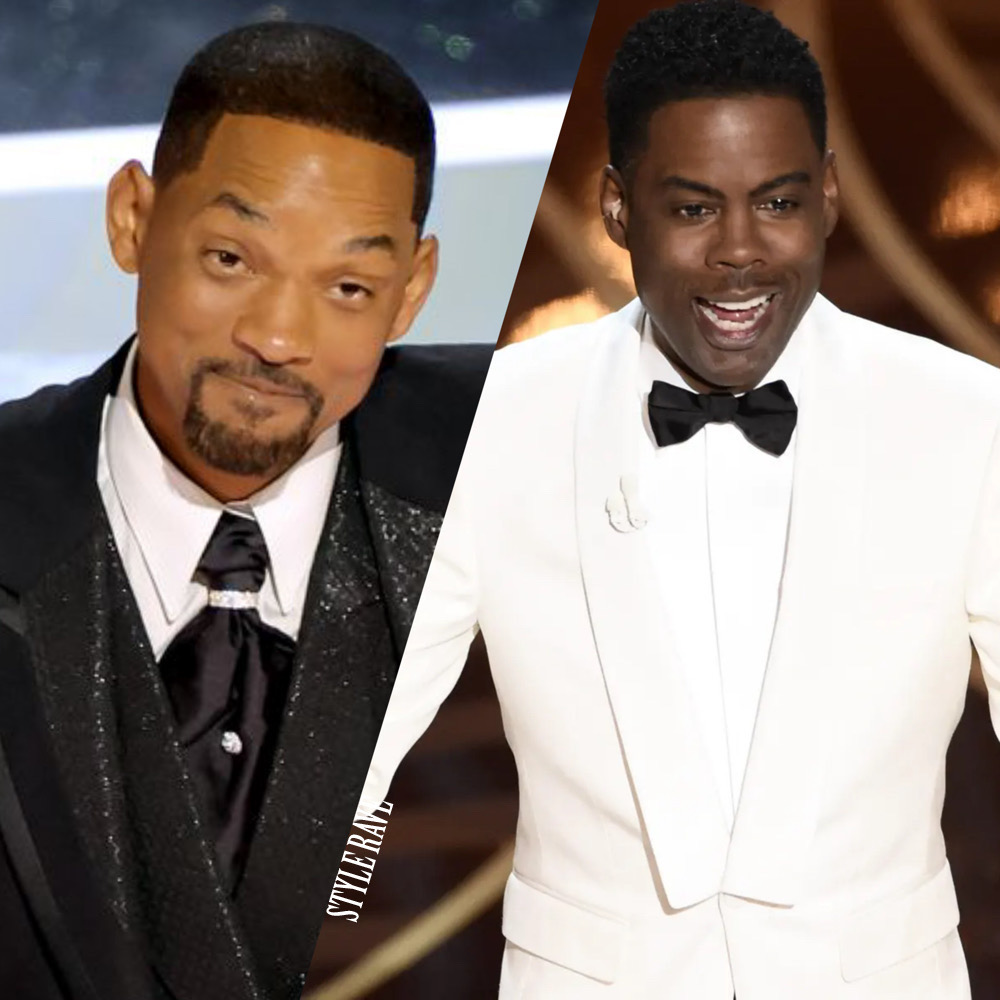 Will Smith slaps Chris Rock on Oscar stage, Kizz Daniel shows off the mother of his kids for the first time, Patrice Evra visits Nigeria. Stay in the know with our Rave News Digest which summarizes five of the hottest global news you need to catch up on, saving you time and energy. Consider it your daily news fix.

At Sunday night’s Oscar ceremony, Will Smith shocked the room by approaching the stage and slapping presenter Chris Rock in the face after the comedian made a joke about Smith’s wife, actor Jada Pinkett Smith. Rock was on the Oscar stage to present the award for best documentary. He began by making a few jokes about members of the show’s audience, including Pinkett Smith—referring to her as “G.I. Jane” due to her closely cropped hair. (Pinkett Smith has spoken in the past about her battle with alopecia.) Shortly after Rock made the joke, Smith walked to the stage and slapped the comedian across the face. He then returned to his seat and shouted, “Keep my wife’s name out of your fucking mouth.”

At first, watching the telecast, it was unclear whether the assault was a planned bit. But the show’s audio immediately cut out after Smith slapped Rock, then stayed muted as Rock said, “Will Smith just smacked the shit out of me,” while Smith walked away. When Smith yelled from his seat, Rock, still onstage, seemed stunned. “Wow, dude,” replied Rock “It was a G.I. Jane joke.”

Shortly after the incident, Will Smith won the award for the Best Actor category he was nominated for. Congratulations to the actor. Will  Smith slaps Chris Rock

2. Nigeria: Kizz Daniel shows off the mother of his kids for the first time on Mothers’ Day

The music star and MJ welcomed a set of triplets in May 2021. He had initially revealed that he welcomed a set of triplets but later explained that he lost one of them. “God blessed me with 3 boys a while back 🙏🏽 JAMAL, JALIL and JELANI (triplets). 4 days after I lost JAMAL. Nevertheless, I made a promise to him that I’ll be the best father in the whole galaxy to his brothers,” he wrote.

Congratulations are in order for actress Gail Mabalane, who recently launched a haircare range that will be exclusively sold at South Africa’s Clicks stores. The hair restoration products with locally sourced ingredients were inspired by the actress’s hair struggles and that of other women who reached out to her when she went bald. Taking to Instagram, the actress shared the exciting news with her followers. She said after more than two years of research and development, she is a haircare line owner.

After her announcement, Mabalane was showered with love from industry colleagues who wished her well with her business. Gail has been very open about her hair loss journey. In the first episode of a series on her newly launched YouTube channel, she detailed the events that led to her going bald in 2019. In the second episode, she shared that she saw a specialist and was diagnosed with central centrifugal cicatricial alopecia (CCCA), which causes hair loss.

Interested Chelsea buyers told they can INCREASE their original offers – with a deadline set of April 11 for any new bids | @SamiMokbel81_DM & @MattHughesDM https://t.co/UtFnqiQ2EU

Chelsea has informed the successful potential future owners of the club that they have progressed to the next round of the takeover process, rejecting a whole host of other bidders. The sale of the Blues, handled by Raine Group, looks to be heading into the final stages with at least a quartet of options still in the mix, including the consortium headed up by Los Angeles Dodgers owner Todd Boehly with features Swiss billionaire Hansjorg Wyss and British entrepreneur Jonathan Goldstein.

Atalanta part-owner Stephen Pagliuca is also through to the shortlist stage, along with the bid from Harris Blitzer Sports & Entertainment, part owners of Crystal Palace, with backing from ex-Liverpool chairman Sir Martin Broughton, and World Athletics president Lord Sebastian Coe, alongside the offer from unpopular Chicago Cubs owners the Ricketts family.

Welcome to the Extraordinary league of Area Boys @Evra ♥️

Manchester United legend Patrice Evra visited Lagos, Nigeria on Saturday to show support for a chess initiative. The Frenchman, who stopped playing professionally in 2019, spent time under the famous Oshodi bridge – where he learned how to play the sport from kids. Evra had gone on social media on Friday to announce his first visit to the West African country. “Breaking news! Evra bus stop will stop to #Nigeria first time ever,” the 40-year-old tweeted.

Chess In Slums, founded by Tunde Onakoya, is an enterprise set up to teach and unlock the potential in every child using chess educational resources and mentorship. Aside from having a nice time with the young ones, the former AS Monaco and Juventus defender was also welcomed to the ‘Extraordinary League of Area Boys’. Overwhelmed by his experience in Nigeria’s former capital city, the Champions League winner went on social media to revel in his visit.

10 Proven Ways To Lose Weight Without Spending A Dime