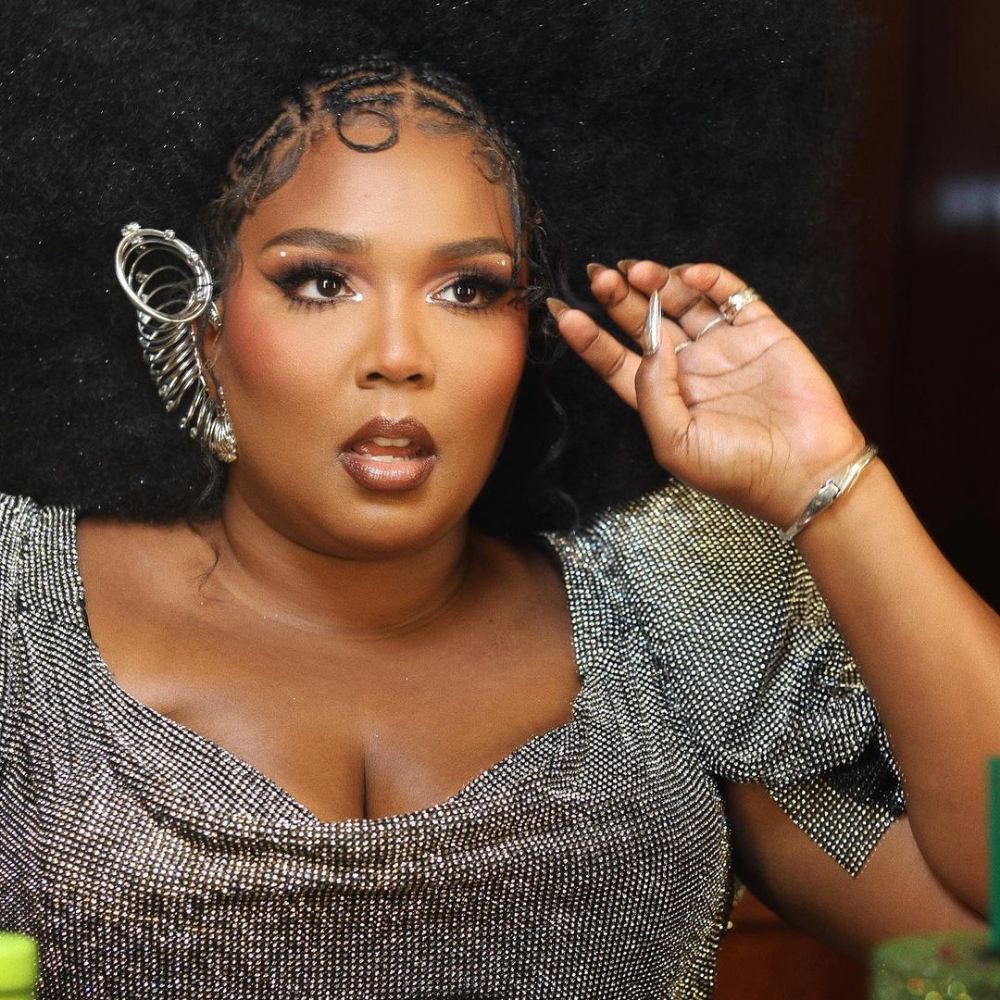 Lizzo teases new song, 2Baba reacts to backlash, Ghana receives World Cup Qualifiers blow. Stay in the know with our Rave News Digest which summarizes five of the hottest global news you need to catch up on, saving you time and energy. Consider it your daily news fix.

Lizzo is dropping new music sooner than we thought as she teased an upcoming song soon-to-be-released. During an appearance on The Late Show with James Corden alongside Gabrielle Union-Wade, the three-time Grammy award-winning singer previewed a new track, “About Damn Time,” and gave some details about her upcoming album dropping on April 14. “I’m excited. You’ve just announced you finished the album. The album is done!” Corden said. “Three freaking years, baby!” Lizzo responded. “I feel amazing.”

After chatting with Corden about all the ins and outs of her soon-to-be-released project, the late-night talk show host pulled out a surprise vinyl that read: “Top Secret Lizzo New Music 2022.”

In other Lizzo news, her new reality series, Watch Out for the Big Grrrls, is heading to Prime Video today, March 25. The series will follow 10 dancers who move in the “Big Grrls House” to compete to make it to the end in order to join Lizzo on her world tour.

Nigerian music legend, 2baba Idibia, has reacted to criticisms that have been trailing his marriage with Annie Idibia following her recent interview on Young, Famous and African reality show on Netflix. Annie, in the new Netflix series, bared her emotions and disclosed how much she loves the singer and will stay with him for more years no matter the bad times they face together.

While some criticized her for sticking with 2baba despite cheating with other women, others applauded her way of being expressive. Mr. Idibia, while reacting to the criticisms, said all opinions are valid but he’s proud of Annie his ‘African Queen’ and has never been a fan of reality TV shows.

A post shared by PRESIDENT YA STRAATA 👨🏾‍💼 (@focalistic)

Amapiano superstar Focalistic has announced he will be lending his voice to help raise awareness about wildlife conservation as a global ambassador for Wild Aid. He shared the exciting news on Instagram, saying he will share the role with the likes of global stars David Beckham and Leonardo DiCaprio. “Famleee! Proud to announce I am the all new @wildaid global ambassador and I will be using my voice to support wildlife conservation and raise awareness to this important cause.”

Wild Aid is an environmental organization that whose mission, according its website, “is to protect wildlife from illegal trade and other imminent threats.”

Ethiopia’s government has declared a “humanitarian truce” in its 16-month conflict with forces from the northern Tigray region. The civil war has left more than five million people needing food aid, yet none has been delivered to Tigray since mid-December. The announcement follows a visit to Ethiopia by US Special Envoy for the Horn of Africa David Satterfield.

The Tigrayan forces have yet to respond to the government’s move. The head of the World Health Organization (WHO) Tedros Adhanom Ghebreyesus, who is from Tigray, has described the situation there as “catastrophic” and accused the Ethiopian government of preventing aid from getting through.

5. Addo blow for Ghana before World Cup qualifier against Nigeria

Midfielder Edmund Addo ruled out of Nigeria games. Player will leave camp for Moldova after MRI result shows he can't play in both games against Nigeria.

The midfielder picked up an injury in Sheriff's game against Gheorghe last Saturday via Richard Gyasi pic.twitter.com/hOmd04Xz5d

Ghana’s ambition of defeating Nigeria in Friday’s 2022 World Cup qualification play-off against Nigeria has received a huge blow due to an injury to Edmund Addo. The Sheriff Tiraspol midfielder suffered a thigh setback while training with the Black Stars. Scans made available to Ghana Football Association show that Addo will not be available for action against Augustine Eguavoen’s men at the Baba Yara Stadium.

This news is a setback for coach Otto Addo, who is hoping to lead the country past the three-time African champions for a ticket to Qatar. In the midfielder’s absence, the Ghanaians will now count on Iddrisu Baba (RCD Mallorca -Spain), Mohammed Kudus (Ajax Amsterdam – Holland), Thomas Partey (Arsenal -England), Daniel and Kofi Kyereh (FC St. Pauli -Germany) to get the job done.

Take A Cue: IT Girl Lori Harvey’s Affinity To Neutral Tones Is #StyleGoals