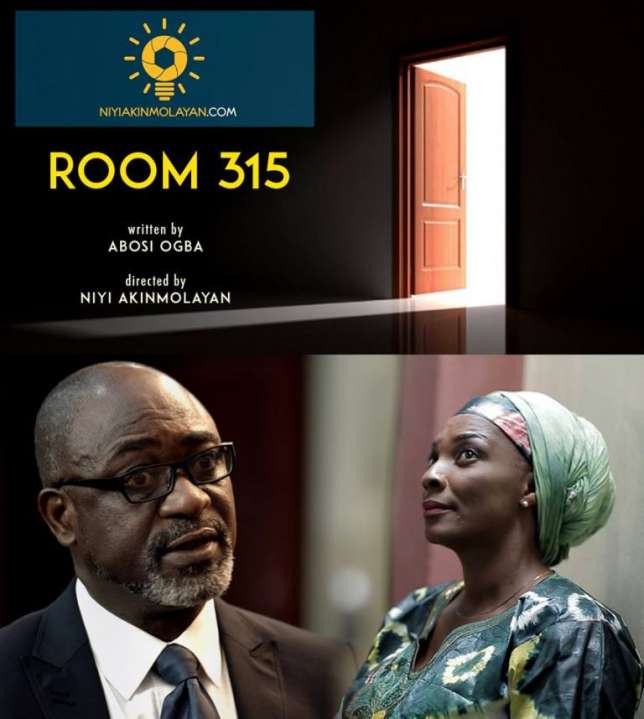 Filmmaker, Niyi Akinmolayan of “Make a Move”, “Falling” and “The Arbitration”  recently premiered a short film titled “Room 315” which was written by Abosi Ogba, the winner of the script writing competition held by Niyi Akinmolayan in July 2016. The movie which centers around mental illness has helped raised awareness on the issues of mental illness in Nigeria. It is worthy of note that every aspect of the movie involved the general public and was aired live on Facebook.

Produced by Emmanuel Uduma, ROOM 315 is Nigeria’s first crowd sourced Movie project. The film premiered on December 15, 2016 at Filmhouse IMAX Cinema, Lekki and it was nothing short of amazing! What started as a blog to teach people who couldn’t afford film school graduated into a script writing competition to encourage script writers out there and now has become a tool for change and empowerment. It is true that great things do start really small.

The movie features volunteer actors like Tina Mba, Bimbo Manuel, Gregory Ojefua, Jessica Opara, volunteers in the production team like Patience TiencePay Lawal, Emmanuel K. Uduma, Joseph Oladunjoye, Oluwafemi Dada, Adebayo Olasunkanmi, Fola Baba, Jordan Smith and others from all over the country who volunteered their time, costumes, skills, venues and more to ensure that the project was a success. All phases of the movie production was covered by Channels TV and all the volunteers provided their services for free! It is also the first Nollywood production to have been released on YouTube on the same day as the premiere!

The 27-minute long film follows Dr. Stone, in sessions with his clients as he discovers how life holds all four of them, including himself, in one intricate web.

You can watch the short film here:

Meet 5 Of The Most Influential Women In Nollywood