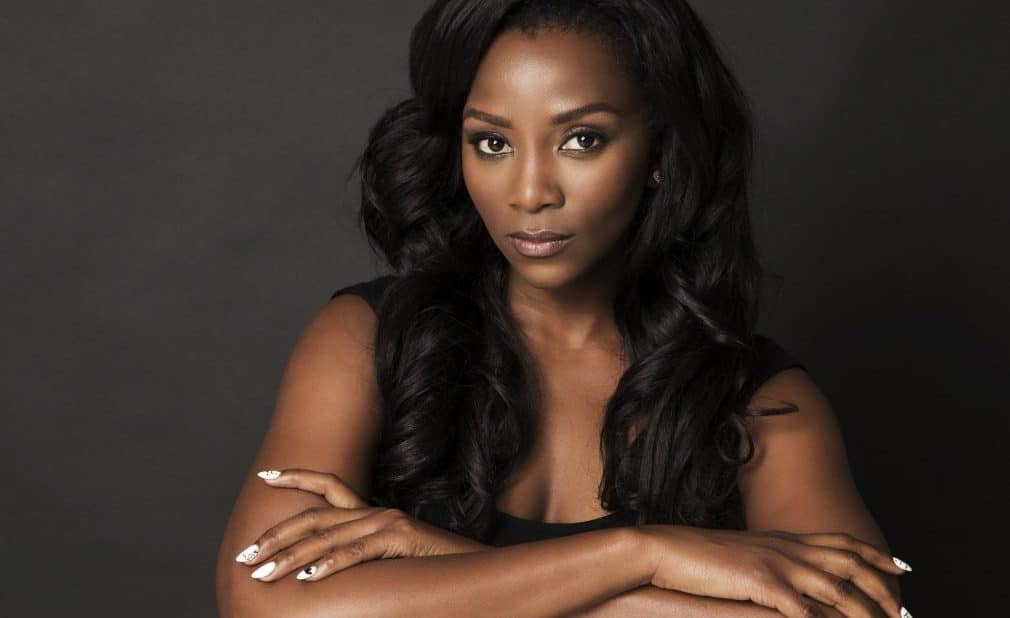 Through different paths and unique journeys, a number of women have ascended to the top of Nigeria’s ever-booming film industry, since tagged Nollywood. From Adesua Etomi-Wellington to Genevieve Nnaji, these women have created or participated in creating content that has boosted the industry’s popularity, catering to the seemingly insatiable movie appetite of Nigerians and Africans at large, all while striving to meet global standards for film production.

Agreed, the industry still has a long way to go when compared to say Hollywood, which is why we are celebrating some of its most influential women as a way to continue to inspire a culture of excellence within and outside Nigeria’s movie industry.

The women on this list in one way or the other have put Nollywood on the global map, helping her cross major milestones over the last few years. These women know that the greatest women in history are the ones who changed the game by consistently breaking barriers and ultimately impacting society positively.

We celebrate these incredible women who have overcome hardships and broken records through hard work and dedication to their craft and by staying true to their purpose. While some efforts have been obvious, others are more muted and together these efforts have contributed to increasing Nollywood’s visibility and prosperity.

As tough as this list was to compile, we have put together 5 of the most influential women in Nollywood… According to Vogue magazine, Adesua is said to be the queen of romantic comedy in Nigeria. The beautiful and talented actress might not have been in the industry for as long as the rest on this list but has surely made a global impact. She has starred in many of the highest-grossing Nollywood movies of all times including The Wedding Party I and The Wedding Party II.

Adesua is one actress whose name just by appearing on the cast can sell out seats in the cinemas. Her latest movie “Malika” shows that this actress is a chest of never-ending talents. Since her performance in the movie “Falling” in 2016, Adesua’s career has been on a row and we are glad she keeps putting Nollywood in the positive global limelight. Joke Silva is not just an actress but a living legend who has evolved over the years in Nollywood. It comes as no surprise that she is listed as one of the most influential women in Nollywood because she has stayed relevant despite fast-changing trends in the industry. A philanthropist and a strong supporter of women empowerment, she dedicates her time to training and educating the younger generation. In October 2012, Joke Silva was appointed by the UN as a goodwill ambassador and is respected and recognized by the old and young alike. In September 2014, she was honoured as a Member of the Order of the Federal Republic, one of Nigeria’s top National Honours.

As a part of the TV show Project Fame West Africa, which started in 2008, Joke Silva, as a principal for the academy, won the heart of viewers with the way she encouraged and boosted the confidence of the contestants. The veteran actress is Vice Chairman of Lufodo Group, a media and entertainment service company which has a strong impact in the Nigerian movie and stage play industry. Olufunke Akindele Bella, popularly known as Jenifa has been in Nollywood since the days of the TV show “I need to know” where she starred as Bisi but it wasn’t until 2008 that she would make a major break  with the comedy-drama movie “Jenifa” which stands as the most popular movie franchise in Nollywood. Since then, she has become a viewer’s favourite with sequels like “Jenifa’s Diary,” a Nigerian comedy series.

The success of her alter ego, Jenifa has made Funke Akindele a household name in Africa and her ever-growing Instagram followership of over 8.3 million is proof of this. With many awards to her name, Funke has not just starred in many successful movies but has produced a series of movies under her Sceneone TV label. Through the Jenifa Foundation, she teaches youngsters vocational skills. It is unarguably true that anything Genevieve touches turns to gold. The former model, actress and producer is a role model and inspiration to many. Influential females in Nollywood can’t be mentioned without her name being listed. We are so accustomed to Genevieve always making silent boss moves as  she doesn’t rely on her aura alone. The multiple award-winning actress is the first billionaire actress since her directorial debut film “Lion Heart” was bought by Netflix for over a billion Naira in September 2018 – making it the first Netflix original Nollywood film. Mosunmola Abudu, simply known as Mo Abudu, is a Nigerian media mogul, media personality, philanthropist and TV show host. Mo Abudu’s Moments with Mo, a TV show that cuts across every sphere of life has hosted many celebrities and even the 67th US Secretary-of-State Hilary Clinton. She has since expanded from that to own a TV channel, Ebony Life TV and a movie production company, Ebony Life Films. Mo’s debut film as a producer was Fifty, followed by The Wedding Party, both of which are highly ranked in Nollywood. In January 2015, Mo Abudu was featured on Forbes as one of Africa’s Most Successful Women.

We love the fact that even these A-est of the A-list of influential women in Nollywood are converting their power into entrepreneurial gusto by launching brands, businesses, NGOs and are spreading their influence beyond the movie industry. It may take more time than we’d like for a woman-led total eclipse, but the future – well, it really is female.

Feel free to add your selection for the most influential women in Nollywood in the comment section below.